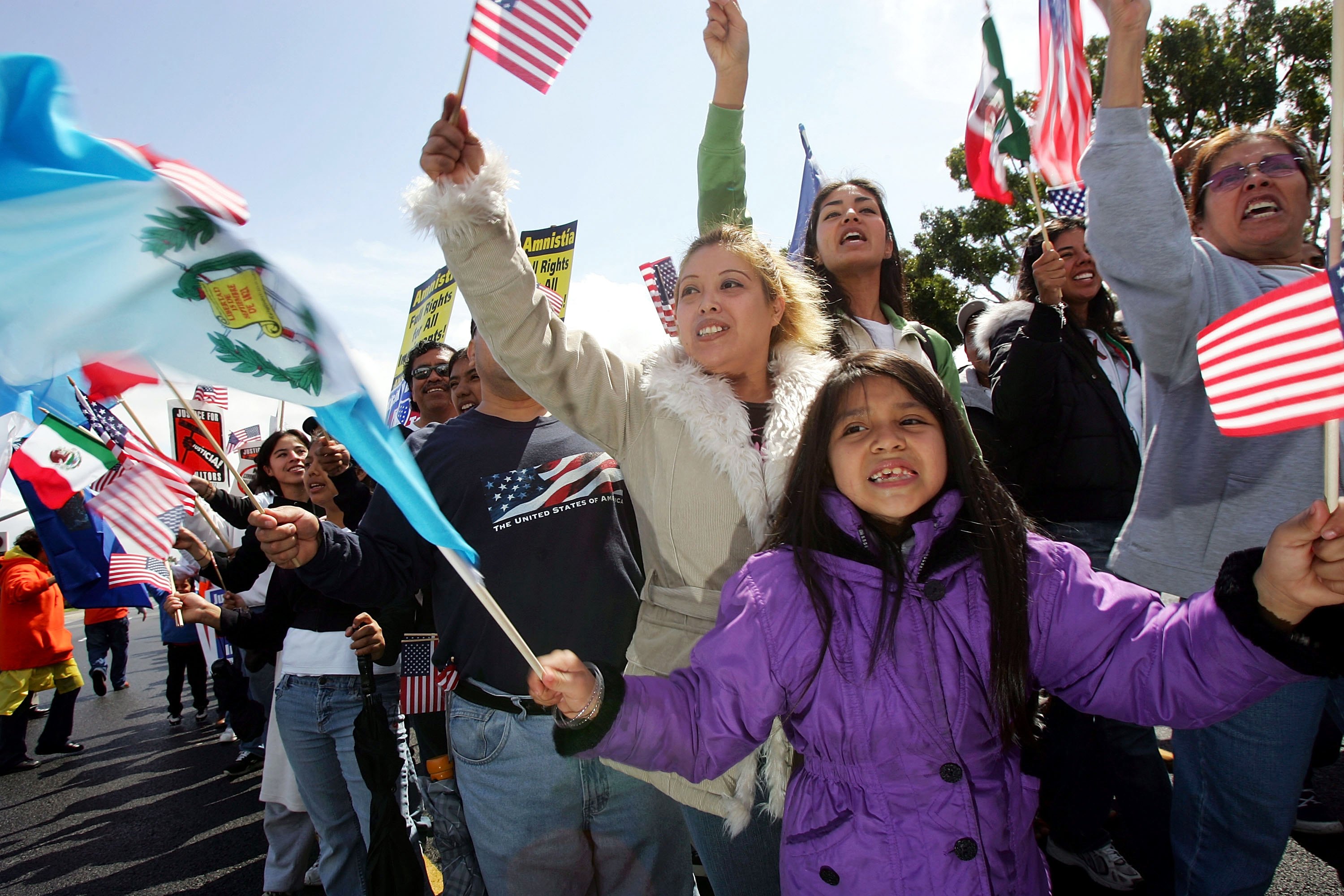 A policy paper released by 2016 Republican frontrunner Donald Trump this weekend has reopened a question in the immigration debate that some of Trump's fellow GOP candidates may want to avoid: Is it time to end birthright citizenship?

According to Trump, it is - and his plan promises to do so. "This remains the biggest magnet for illegal immigration," Trump says in the policy paper. He cites a 2011 survey by the right-leaning Rasmussen polling organization, which found that 65 percent of likely U.S. voters do not support birthright citizenship, which is automatic citizenship for anyone born on U.S. soil. A 2010 CBS News poll found that 47 percent of Americans are in favor changing the law so that the children of immigrants in the U.S. illegally cannot become citizens, whereas 49 percent say it should stay the same.

Trump also noted that Senate Minority Leader Harry Reid once backed the idea of ending birthright citizenship, a position Reid abandoned and one that is almost universally rejected by Democrats today.

Although Republicans are eager to toughen up U.S. immigration enforcement and border patrol, many candidates have stopped short of calling for an end to birthright citizenship. That could change as they are asked to respond to Trump's proposal. Wisconsin Gov. Scott Walker got the question Monday, to which he said "absolutely, going forward" the U.S. should end birthright citizenship. He was less specific when asked about it again, saying, "What we should do is enforce the law."

New Jersey Gov. Chris Christie told conservative radio host Laura Ingraham last week that immigration policies including birthright citizenship need to be "reexamined in light of the current circumstances." Sen. Lindsey Graham, R-South Carolina, who says immigration reform must include a pathway to citizenship, called birthright citizenship a "mistake" in 2010 and said he would amend the 14th Amendment to discourage future illegal migration. Sen. Rand Paul, R-Kentucky, cosponsored a bill with Sen. David Vitter, R-Louisiana, in 2011 that would only extend citizenship to babies born in the U.S. if one or more of their parents was a citizen, immigrant with legal status, or member of the armed forces.

It's common for at least one lawmaker to introduce legislation each year that would deny automatic citizenship to a baby born to immigrants who are in the U.S. illegally. But aside from stirring up public debate, those bills rarely go anywhere.

Is it possible to end birthright citizenship?

Birthright citizenship comes from the 14th Amendment to the Constitution, which was ratified in 1868. It states: "All persons born or naturalized in the United States, and subject to the jurisdiction thereof, are citizens of the United States." It gave citizenship to former slaves and overruled the Supreme Court, which said in Dred Scott v. Sandford that slaves were not U.S. citizens.

"It would require a vote of two thirds of both houses of Congress and then ratification by three fourths of the state legislatures so politically, I think that's almost impossible," Stephen Yale-Loehr, a Cornell University Law School professor, told CBS News. "Some people believe that they could simply pass a statue to end birthright citizenship without having to amend the Constitution, but I think that most legal scholars believe that a constitutional amendment is required."

Hiroshi Motomura, who teaches immigration law and citizenship at the University of California-Los Angeles, told CBS News that ending birthright citizenship is "an overly simple solution for a really complex problem...with consequences that are going to be seriously negative consequences for this country. It would be much better to fix the immigration system."

The small group of scholars who say the 14th Amendment is open to further clarification by Congress focus on the words, "subject to the jurisdiction thereof." They point to the fact that Congress did not consider Native Americans to be subject to the jurisdiction of the United States, and offered citizenship on a tribe-by-tribe basis until it was it was made available to all tribes in 1923.

Yale Law Professor Peter Schuck explained it this way in a 2010 New York Times op-ed: "The argument against any birthright citizenship is that these children are here as a result of an illegal act and thus have no claim to membership in a country built on the ideal of mutual consent."

The most applicable Supreme Court case on birthright citizenship came in 1898 when the court ruled that Wong Kim Ark became a U.S. citizen at birth even though his parents - who lived in the U.S. when he was born - were of Chinese descent. His parents resided in the U.S. legally.

What would happen if the U.S. were to change the 14th Amendment?

If Congress were to end birthright citizenship but not make an effort to remove immigrants in the U.S. illegally, their numbers would actually increase.

A 2010 study by the Migration Policy Institute found that the undocumented population would rise from its current level of about 11 million to 16 million by 2050 as families continued to expand, but with children not becoming American citizens. That number would be even higher if the government only allowed children who had two legal-status parents to become citizens.

Michael Fix, the president of the Migration Policy Instiute and one of the study's co-authors, said it would also result in "an underachieving, unintegrated subpopulation" as more generations of children are born but unable to advance in society because of their legal status.

Children whose parents were born outside of the U.S. would, in most cases, inherit citizenship from their parents' countries. But many would probably choose to stay in the U.S., especially if it was the only country they had ever known.

Motomura, the UCLA professor, also argued that removing the possibility of citizenship for children born to undocumented parents will make it much less likely that they will assimilate because there will be less of an attachment to the country where they live.

"One of the biggest things that this country does to assimilate immigrants is that we offer them citizenship," he said. "The real consequences of this will be seen in 5 to 30 years when people grow up without a sense of belonging."