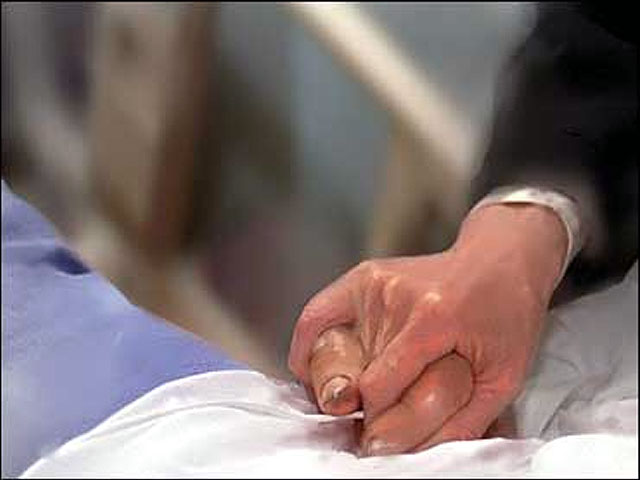 More seniors are dying in hospice than they did a decade ago, but often it follows a stay in the intensive care unit (ICU) where they are aggressively treated.

That's what a new study found, and according to its author, the research suggests doctors may just be thinking of hospice care as an afterthought.

"For many patients, hospice is an 'add-on' to a very aggressive pattern of care during the last days of life," Dr. Joan Teno, professor of health services policy and practice at Brown University, said in a written statement. "I suspect this is not what patients want."

Palliative care is a form of treatment that aims to alleviate symptoms like pain and nausea while not curing the disease, which should make people more comfortable during their final days.

The new study involved more than 840,000 Medicare beneficiaries who died between 2000 and 2009. Researchers found the proportion of seniors dying in hospice increased from 21.6 percent in 2000 to 42.2 percent in 2009 while the number of patients who were in intensive care in the last month of their life also rose from 24.3 percent in 2000 to 29.2 percent in 2009. More than 25 percent of hospice use in 2009 was for three days or less, and 40 percent of those "late referrals" came after a hospitalization with a stay in the ICU.

Teno, who is also a palliative care physician at Home & Hospice Care of Rhode Island in Providence, said the analysis of patients' medical histories suggests that the system fell short of providing the comfort and psychological support that hospice is meant to provide dying seniors.

"With this pattern of going from the ICU to hospice, these dying patients are getting symptom control late and can't benefit as much from the psychosocial supports available were there a longer hospice stay," she said.

Study co-author Dr. David Goodman, director of the Center for Health Policy Research at Dartmouth College, adds that aggressive care is the norm at many medical centers. That was the case for his sister who had advanced colon cancer in 2008 and died during a medical procedure that took place the day before she was supposed to enter hospice, he said.

"The patterns of care observed in this study reflect needlessly painful experiences suffered by many patients, including my sister, and other friends and family members of the research team," Goodman said in the statement.

The study was published Feb. 5 in JAMA, the Journal of the American Medical Association.

Study co-author Dr. Julie Bynum, a gerontologist at the Geisel School of Medicine at Dartmouth, told the Los Angeles Times that family members and doctors should begin the conversation about end-of-life care before a final medical crisis.

"You need to prevent him from getting into that cycle of acute care" if the patient's wish is to avoid aggressive treatment, she said, "because once they get into the hospital, it's really hard to get them out."

Dr. Mary Tinetti, chief of geriatrics at the Yale University School of Medicine and Yale New Haven Hospital, who wrote an accompanying editorial published in the same journal, said that there should be standards put in place for which elderly patients should get sent to the ICU.

"Why do we have to fill out 25 pages of forms to get hospice [care] or a skilled nursing facility, but not for ICU?" Tinetti told HealthDay. "We need to start proactively thinking about ICU care, and what role it plays in the care of the critically ill."