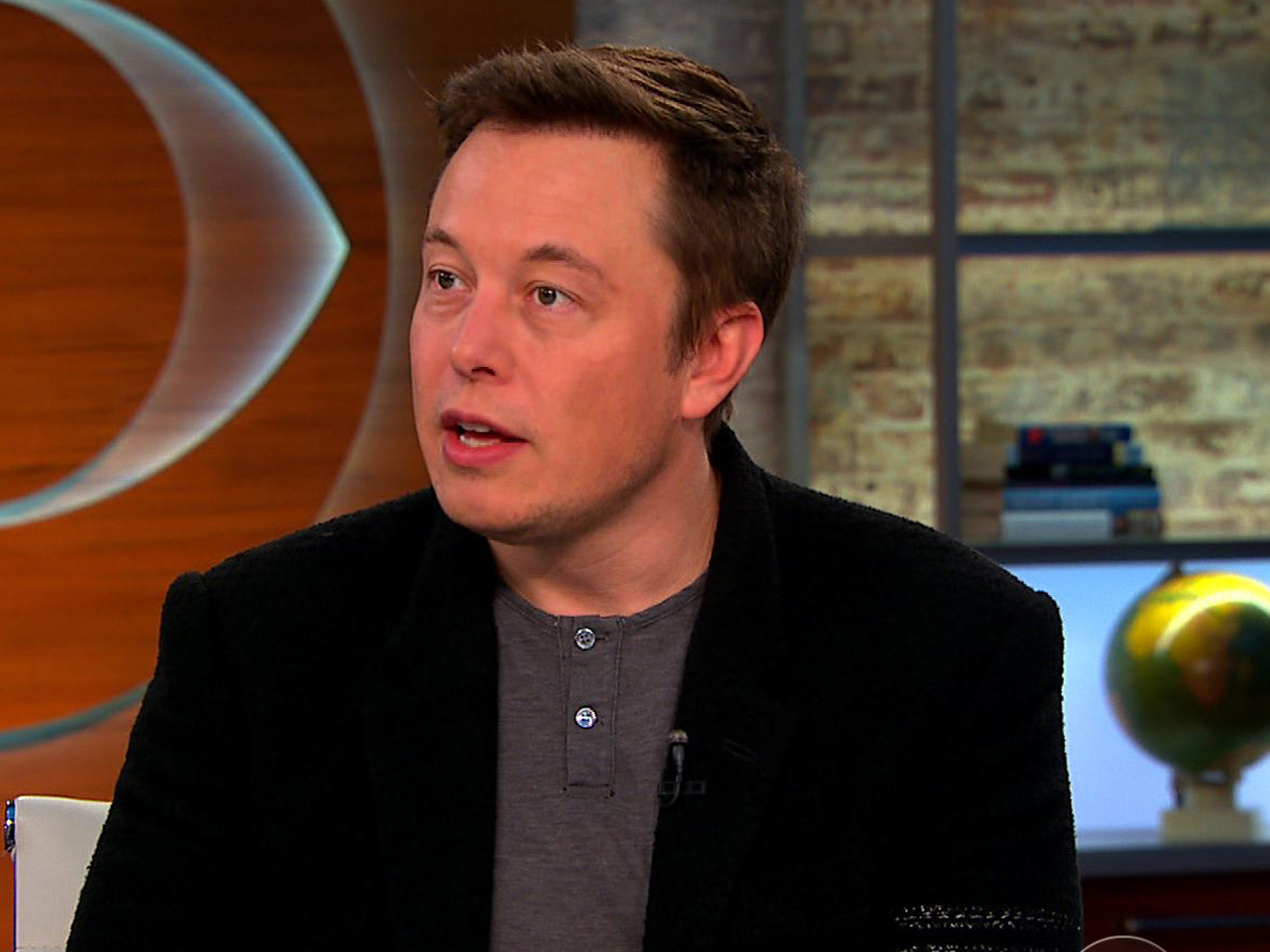 ­­­Elon Musk, chief executive officer of Tesla Motors, appeared on "CBS This Morning" Monday after two of his electric cars reached a milestone this weekend. Two Teslas drove from Los Angeles to New York in 76 hours. The Model S sedan, nicknamed Thunder and Lightning, sell for $71,000 each. The car is fueled only by electric power from Tesla's new supercharger stations across the country. They provide a quick charge lasting hundreds of miles.

The cars did "very well," Musk said. "They completed the journey despite multiple road closures and blizzards and, in some cases, traversing 12 inches of snow…"

However, Musk said the company did have one problem on the trip: "The gasoline support van…broke down, but otherwise, it was great."

Musk said he felt redeemed after criticisms of electric vehicles, adding: "This is an important, historic milestone -- to be able to travel across the country, essentially as conveniently as one can do with a gasoline car."

Musk noted the superchargers' solar technology is free to Tesla customers and the goal is to provide "free long-distance travel throughout the country forever." Currently, he said, about 80 percent of the country is covered with superchargers, and by the end of the year, the company expects to be in the high 90th percentile.

The cost of a Tesla vehicle, though, is still prohibitively expensive for many drivers, "CTM" co-host Norah O'Donnell said.

At around $71,000, Musk agreed, but said tax breaks lower the cost to about $60,000. And, Musk said, a third generation of Teslas is slated for release in about three years. "(It) will be about half the price of the Model S," he said. "It'll be a bit smaller."

Musk responded to recent fire episodes with the company's electric vehicles, saying that all cars have "some propensity to catch on fire, but our car is eight times less likely than a gasoline car."

Musk said no car is completely fireproof, adding: "When a fire has occurred, it only occurs after high-speed impact and there's never been any injuries. Our car is, I believe...certainly unique in that no one has ever had a serious injury in our cars, under any circumstance."