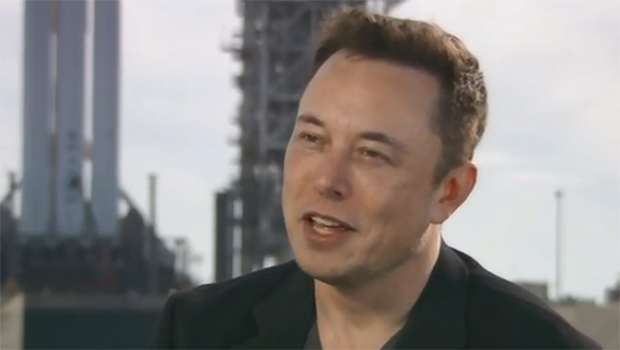 Elon Musk has found himself a new philanthropic campaign to support — and this time it's stateside. Not even a week after his engineers and child-sized submarine were sent, but not ultimately used, to help rescue a dozen boys in a cave in Thailand, the Tesla and SpaceX CEO has now pledged to fund clean water for some homes in Flint, Michigan.

Musk made a splash on social media when he tweeted Wednesday that he was committing his money to "fixing the water in any house" in Flint with lead contamination above the level the FDA considers safe.

The tech billionaire's tweet came after a Twitter user, @DylanSheaMusic, seemed to challenge him: "I heard a bunch of people saying there's NO WAY you could help get clean water to Flint, Michigan. Said you wouldn't be capable idk." The user currently has just over 500 followers, but Musk responded to his dare within minutes.

For now, Musk said, Flint Twitter users can reply to his tweet with their ppm and ppb test results, and if they exceed federal limits, he will send someone to install a water filter. He also created an email address, flint@x.com, that he said would start working Thursday.

After a CNET reporter contacted him, Musk acknowledged that most homes in Flint do have safe water, but said many in the city have "lost faith" in government's test results. Musk also said he would "organize a weekend in Flint" to provide filters to houses that need them.

Flint Mayor Karen Weaver joined in on the Twitter thread, asking Musk to contact her to discuss her city's "specific needs." Musk tweeted back that he would speak with her on Friday.

Flint's troubles began in April 2014 when the city's water source was switched from Lake Huron and the Detroit River to the Flint River without proper treatment, leading to corrosion and high levels of lead seeping into many homes' drinking water. In October 2015 the city declared a public health emergency.

While the state says the system hasn't had levels of lead exceeding the federal limit for nearly two years, residents are still using faucet filters or bottled water because an ongoing mass replacement of pipes could spike lead levels in individual houses.