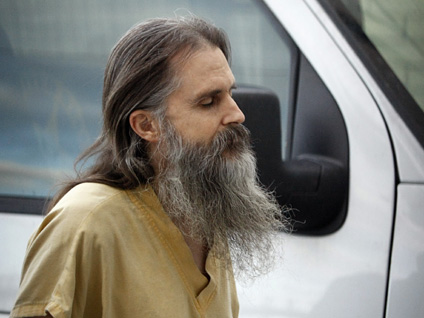 SALT LAKE CITY (AP) A federal appeals court has interrupted the Elizabeth Smart kidnapping trial to rule on a defense motion demanding that it be moved out of Utah.

A clerk at the 10th U.S. Circuit Court of Appeals in Denver says a three-judge panel agreed to take up the question of whether Brian David Mitchell can get a fair trial because of publicity his lawyers say has tainted the jury pool.

Clerk Betsy Shumaker tells The Associated Press the trial is on hold pending a ruling by a three-judge appeals court panel.

Elizabeth Smart's mother and sister were at the courthouse and prepared to testify Thursday.