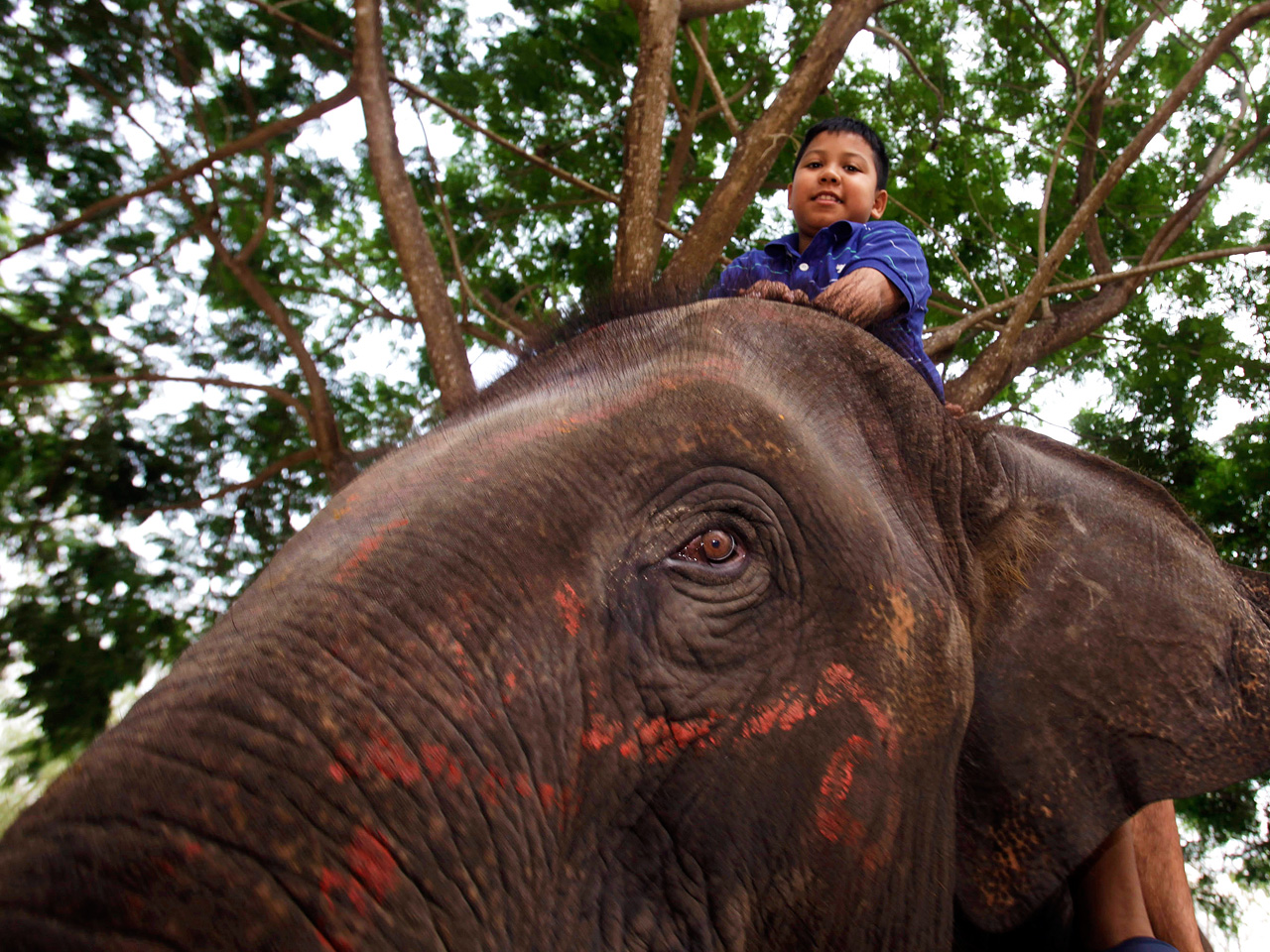 (CBS/AP) Are elephants the best medicine for autism? Therapists in Thailand are finding out. In what's believed to be the first program of its type, they've enlisted Nua Un and Prathida - two gentle female elephants - to provide therapy for autistic children.

PICTURES - Elephants vs. autism in Thailand

"Chang, chang (Elephant, elephant). Children, have you ever seen an elephant?" the group sings, clapping hands to the traditional Thai nursery tune and hugging the elephants' trunks. Disco-like, Nua Un bobs her head and sways.

Animal therapy for people with developmental disabilities - notably using dolphins, dogs and horses - is not new, and some are skeptical that it works. But anecdotal evidence and some studies have shown positive results.

Wittaya Khem-nguad, the elephant project's founder, says parents "see improvements after the elephant therapy and that gives them this hope." A small preliminary observation found improvements among four boys after three weeks of elephant therapy, but more research with larger samples is needed, says Rebecca Johnson, who heads the Research Center for Human Animal Interaction at the University of Missouri. A presentation on the Thai program was recently made at the school's Thompson Center for Autism and Neurodevelopmental Disorders.

Autism is incurable but therapy and medication can improve speech, learning and social problems, and reduce behavior like tantrums.

Nuntanee Satiansukpong, head of the occupational therapy department at Chaing Mai University, is the one who suggested elephants might help those with autism. She says elephants provide the rich, attention-grabbing "sensory menu" beneficial to the autistic, while the animals' intelligence and other traits allow for a wide range of interactions with humans.

Nuntanee worked out six key activities for the therapy sessions with her staff. Then they went to the government-run Thai Elephant Conservation Center near the northern city of Lampang, where the sessions take place in a forested clearing.

Each activity is designed to improve specific skills. The children learn to follow step-by-step instructions by drawing up shopping lists and buying food for the elephants - bananas, sugar cane, corn, sunflower seeds - at a mock store with real money. If the elephant rejects the food, they return to the store for an alternative, which teaches flexibility. Feeding the animals and brushing 7-year-old Nua Un when she obligingly lies on her side for a bath can help the kids overcome an aversion to sticky and rough textures. Playing games, with the elephants kicking and offering balls with their trunks, fosters group activities.

"The elephant is such a big stimulus it can keep the attention of an individual longer, and since it is such a wonderful animal bonding can occur," says Nuntanee. "If we can drag the children out of their own world they will be better," she says.