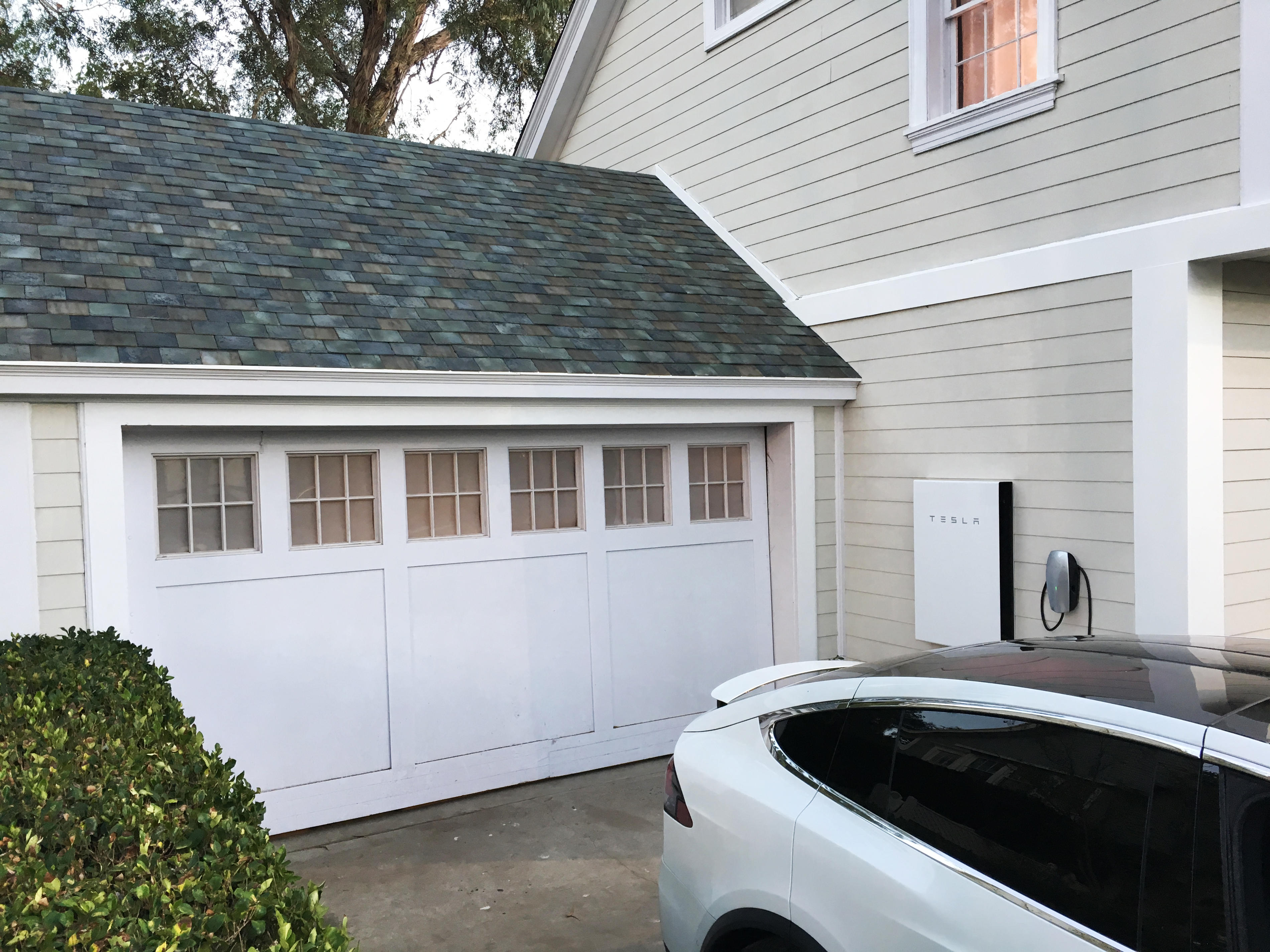 Further broadening its reach beyond electric cars, Tesla Motors says it’s going to sell solar roof tiles that are customizable and meant to look like a traditional roof. The energy-generating tiles would be a joint product with SolarCity, although the two companies have yet to complete a proposed merger.

The glass tiles, which come in four styles, contain photovoltaic cells that Tesla says are invisible from the street. They’re meant to power a home when integrated with Tesla’s Powerwall, energy storage units for homes that are mounted on the wall or kept on the ground. The new version of Powerwall costs $5,500 but there was no price announced for the tiles at an unveiling Friday night.

Because the roof tiles are made of glass, “Musk says they’ll last ‘quasi indefinitely,’ even in harsh conditions where snow and ice make short work of traditional asphalt shingles,” CNET’s Tim Stevens reported. Musk estimated the tiles would have a 50 year lifespan and have an efficiency 98 percent as good as traditional photovoltaic panels.

“And perhaps more impressively, they look much, much better,” Stevens wrote. “The glass tiles are available in four looks, each replicating a standard style: textured, slate, Tuscan and smooth glass. The Tuscan in particular looks remarkably like the real thing.”

Tesla Chairman and CEO Elon Musk reasons that many of the people who want to drive electric vehicles have an inherent interest in setting up cleaner energy systems in their homes and offices. He has estimated that one-fourth of Tesla owners currently have solar energy panels.

Musk framed the new venture as an extension of Tesla’s core mission.

“The whole purpose of Tesla is to accelerate the advent of sustainable energy,” Musk said. He said the future he wants consists of the solar roof, energy storage and electric cars. “It’s an obvious three-part solution.”

In June, Tesla proposed buying SolarCity, the largest home solar-panel installer in the U.S., in an all-stock deal worth around $2.45 billion. Shareholders are expected to vote on the deal on Nov. 17.

The merger is controversial. Musk is also chairman of SolarCity, which is run by his cousins. Neither company has achieved sustained profitability, and both are operating in markets where demand is uncertain. Plug-in electric vehicles make up less than 1 percent of U.S. sales, and less than 1 percent of U.S. electricity generation comes from solar power, according to government data.

Earlier this month, Goldman Sachs downgraded Palo Alto, California-based Tesla’s shares from “buy” to “neutral” and lowered its price target, saying the potential merger could delay the release of Tesla’s next vehicle, the Model 3. The $35,000 car, which is critical for Tesla if it wants to become a mass-market car maker, is due out at the end of next year.

Some shareholders have even sued, claiming that the merger is an attempt by Musk to use one company to bail out another. Musk owns 26.5 percent of Tesla and 22 percent of SolarCity.

But Musk has called the deal a “no brainer.” He says SolarCity’s installation network and Tesla’s global stores could provide customers with a one-stop shop for sustainable energy and transportation. If the deal goes through, San Mateo, California-based SolarCity will adopt Tesla’s name and sell its solar panels alongside Tesla’s power-storing batteries, which it has been marketing to homes and businesses since last year.

Earlier this week, during a conference call to discuss Tesla’s third-quarter earnings, Musk said he’s confident SolarCity would be cash-neutral or even a cash contributor in the fourth quarter if the companies merge. Tesla reported a $22 million profit in the third quarter; it was the company’s first quarterly profit in three years. SolarCity lost $250 million in the second quarter. It reports third-quarter earnings in November. Tesla is scheduled to provide additional financial details about the merger on Nov. 1.

Replacing humans: Robots among us

Which industries use the most robots?