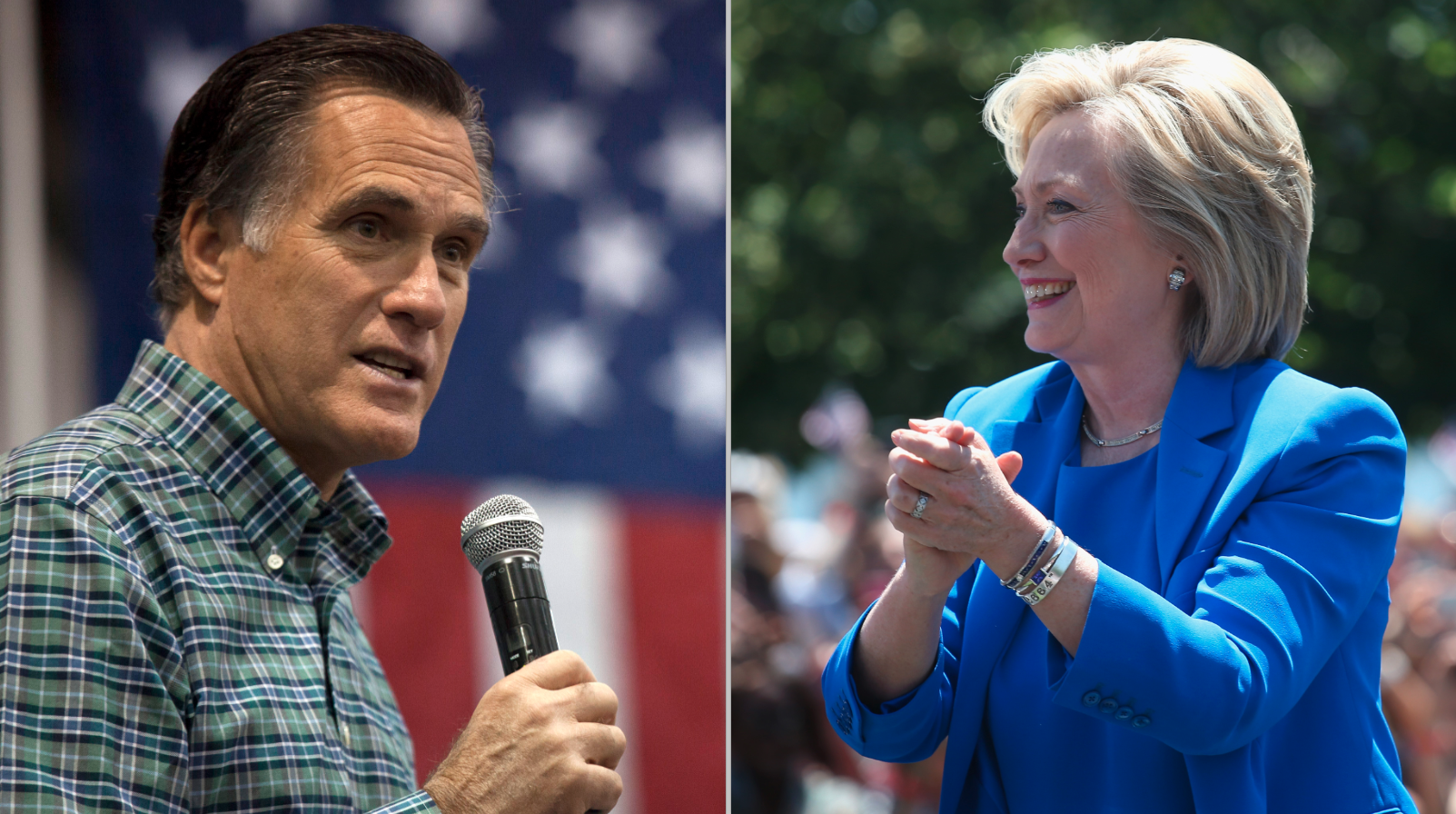 During his 2012 presidential bid, Mitt Romney's critics tagged him as (among other things) a panderer and an elitist. Opponents said he wasn't being genuine in his presentation to voters, and that he made too much money to understand the concerns of middle-class Americans.

In an interview on Monday, the former GOP presidential nominee turned both of those attacks onto the Democrats' 2016 frontrunner, Hillary Rodham Clinton.

Asked about Clinton's launch speech in New York on Saturday, Romney told the hosts of MSNBC's "Morning Joe" that Clinton didn't seem comfortable in her own skin.

"I thought the text touched the various places she needs to touch to try and keep her base intact," Romney said. "Somehow, though, when you see her on a stage or she comes into a room full of people, she's smiling with her mouth, but her eyes are saying, you know, 'Where's my latte?' It just doesn't' suggest that she believes everything she's saying."

"I'm sure she'll become more effective as time goes on," he added, "but at this stage, what does she really believe? I think people wonder -- can they really trust Hillary Clinton?"

Romney was also asked whether he looks "with any sympathy at the scrutiny the Clintons are getting for the way they have made money over the years?"

"What was sauce for the goose is sauce for the gander," Romney quipped. "I got beaten up on that sort of stuff and I think Hillary Clinton has to expect the same treatment."

More to the point, he argued, the focus on Clinton's wealth will undercut her "populist message."

And he's been there, he noted: "I understand the challenge she's going to have, but I think making populism the centerpiece of her campaign makes her particularly vulnerable to this kind of response."

The former Massachusetts governor, who ran for president unsuccessfully in 2008 before seizing the GOP nomination in 2012, was also asked about the rest of the 2016 Republican field.

"If we're going to win in November '16, our best shot is if we have someone who represents a new face, a new generation of political leaders, whether it's Jeb Bush or Chris Christie, Marco Rubio, Scott Walker, John Kasich, you know, Carly Fiorina and on and on," he said. "We've got a lot of very good people that are looking at this race and people want to take a look at them, and frankly I think people are impressed with what they see."

He said he's been "very impressed with the pre-campaign work which Jeb Bush has carried out."

"He has put together a first rate organization, and he has raised a lot of money...he's done that better than anybody else," Romney said. "There are others, however, that have done a great job activating supporters around them. I think you've seen some great speeches and rallies from Marco Rubio and from Scott Walker."

After months of biding his time and building an organization, Bush is expected to formally jump into the race on Monday with a speech in Florida, the state he governed for two terms between 1999 and 2007. Rubio, a senator from Florida, jumped into the race in April. And Walker, the governor of Wisconsin, is expected to launch a bid sometime in June.