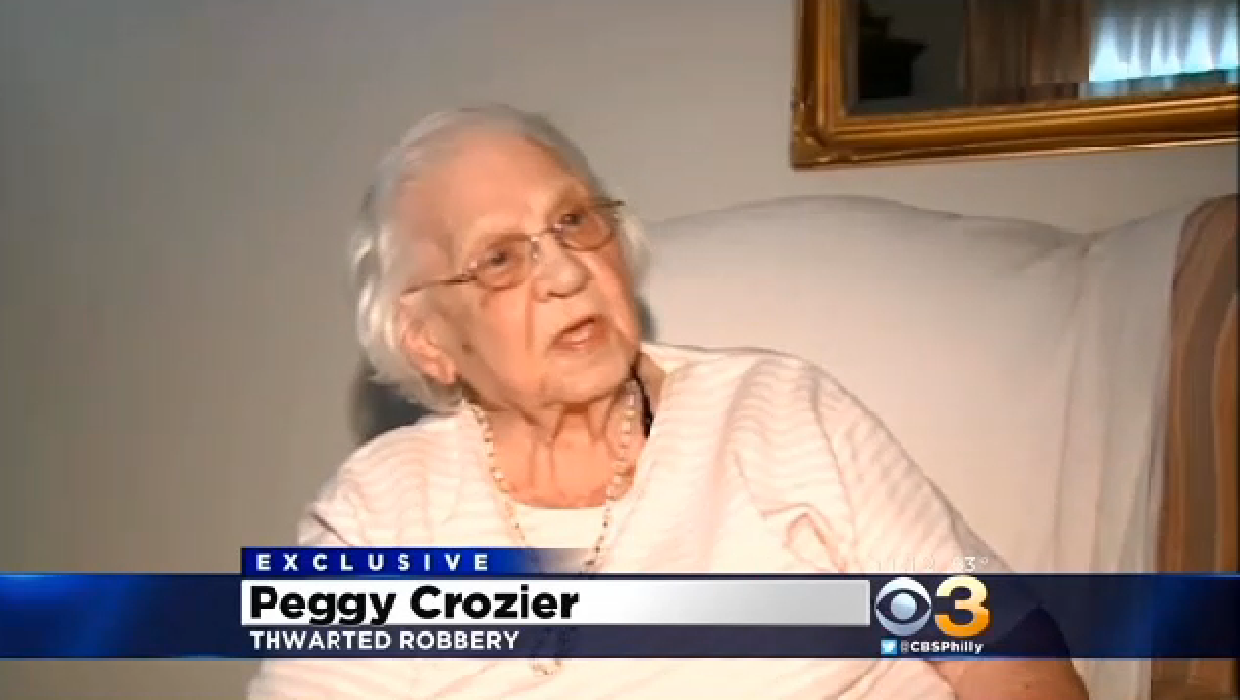 PHILADELPHIA - Police in Delaware are searching for scam artists who allegedly tried to distract a 93-year-old woman in order to steal from her, reports CBS Philly.

A robber posing as a utility worker reportedly showed up at the woman's back door on Wednesday, displayed credentials, and said he needed to check the water, according to the station.

"I let him in. And he says well we have to go down the cellar because I want to show you what I'm going to do. I said, well what's the matter? He said well, something down the street," Peggy Crozier told CBS Philly.

Police say it was while she was downstairs that they believe a second subject entered the residence.

After several minutes of turning the faucets on and off, the 93-year-old woman became suspicious, according to the station.


"After a while, I thought what's the matter with him? I thought this don't seem right. And I thought well I left the back door open. I got to go upstairs," she said.

It was then that the suspect jumped in front of her, ran up the stairs and locked her in the basement, but apparently not all that well.

Crozier was able to push her way out. She said that's when she saw a second man and grabbed his arm.

"I said get out. I saw this guy's arm and I pulled his arm," Crozier added.

Police say both men fled the house without taking a thing.

"I feel safe. I just look back at what happened and I can't believe I did the things that I did," the woman said.

New Castle County Police are working on sketches of the suspects, and warning residents to be suspicious if someone claiming to be from the utility company shows up at the door without calling first.