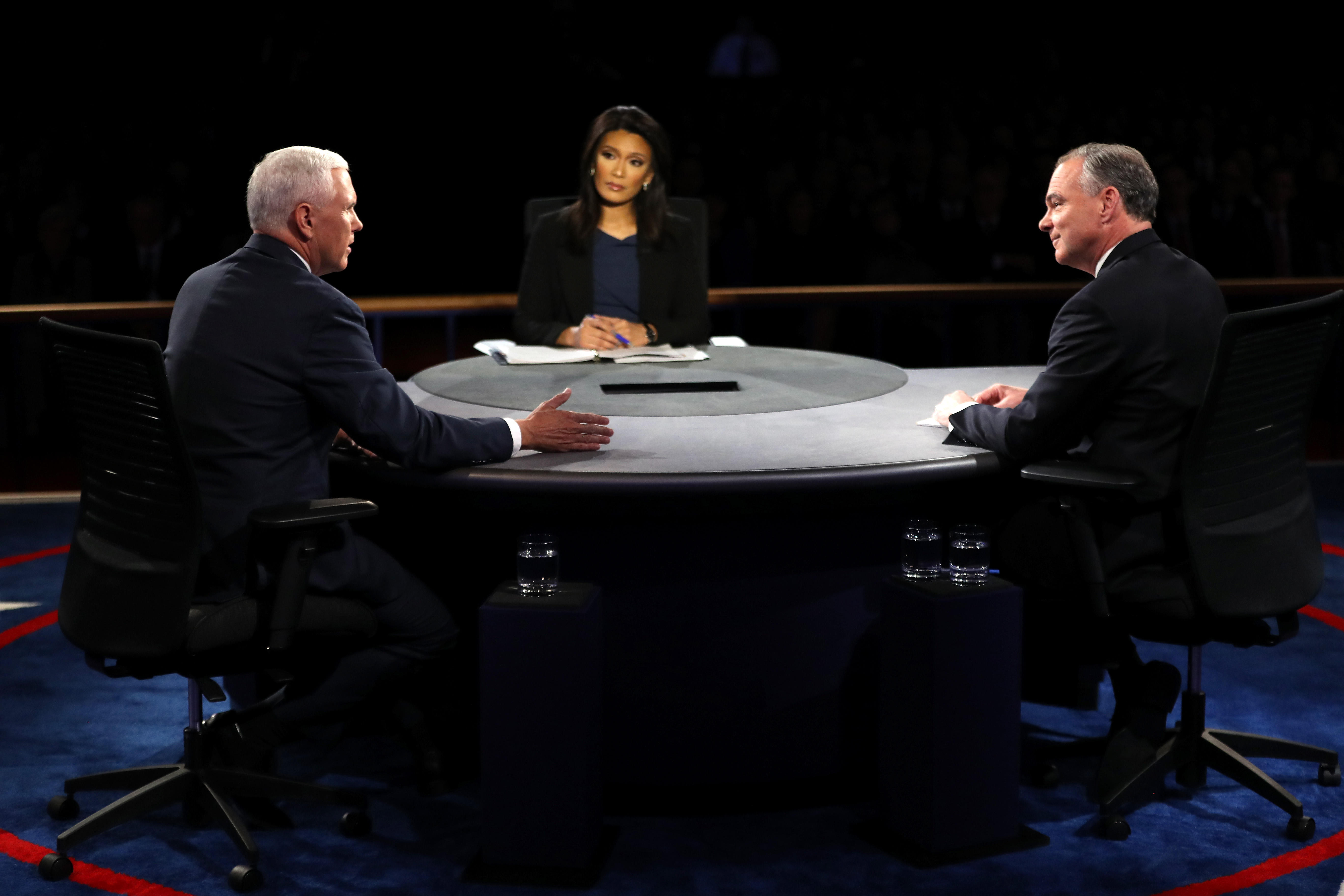 The vice presidential debate Tuesday night was the first time and only time Virginia Sen. Tim Kaine and Indiana Gov. Mike Pence faced off in the 2016 election.

It is also the first time a debate was moderated by an Asian-American woman, CBS News’ Elaine Quijano. At 42, Quijano is also the youngest woman to moderate a debate since Judy Woodruff in 1988.

The candidates came out swinging early. Quijano finally had to step in, telling Pence and Kaine “Gentlemen, the people at home cannot understand either one of you when you talk over each other.” That settled them down for a bit, although the interruptions and overtalking continued to flare up.

The early reviews on social media were filled with praise for Quijano’s evenhanded role.

Quijano even won the praise of satirical website The Onion.

But there were some who claimed that Quijano let the two men talk over each other and her too.

After the debate concluded, Cosmopolitan.com called Quijano “the clear winner.” But The Washington Post concluded reviews from the media were “mixed” about Quijano. USA Today, meanwhile, concluded that Quijano “did her best” to “rein in the mansplainers.”