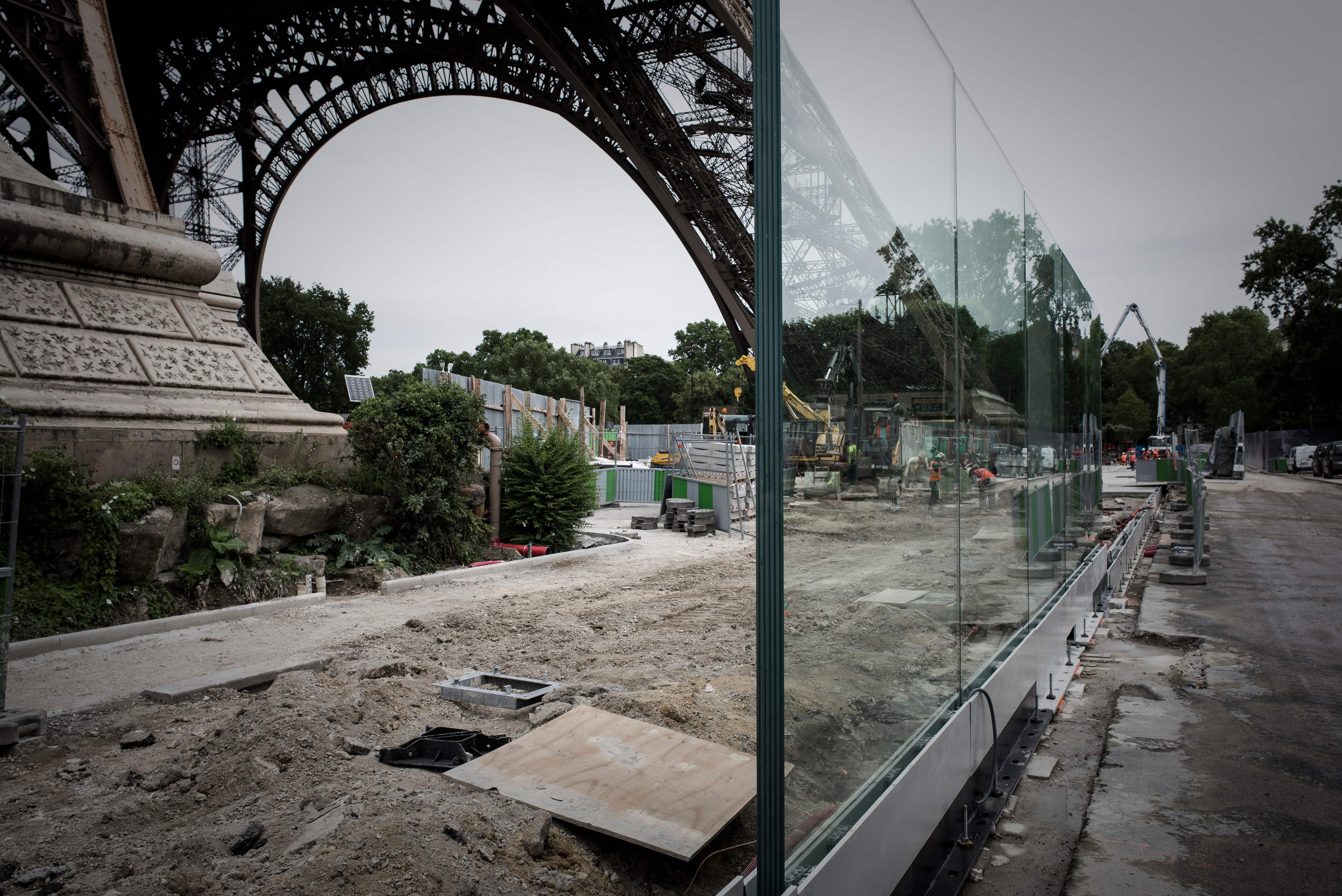 The company operating France's most-visited monument said see-through panels are being set up at the north and south ends of the site. Each panel, made from over 6-centimeter thick armored glass, measures nearly 10 feet high and weighs 1.5 tons. In all, 450 glass panels will compose the two walls north and south of the monument.

Two graphic grids have been erected on the two other sides of the site and bollards against vehicle ramming attacks will be set up all around.

French soldiers and police will keep patrolling outside and inside the area, as they have done since the deadly November 2015 attacks in the French capital.

The glass walls being installed allow visitors to admire the views from the nearby Champ-de-Mars gardens to the other side of the Seine River that cuts through Paris.

The renovation, which will also embellish the gardens beneath the tower, is part of a $350 million project announced last year to modernize the 129-year-old tower that has become the most recognized landmark in Paris. Between 6 and 7 million people visit the Eiffel Tower every year.

The security renovation should be completed by September.

"When you are on site, you see that the 3-meter high walls, compared to the scale of the monument, are absolutely not visible," said Jose Luis Fuentes, an architect at Dietmar Feichtinger Architects, which is in charge of the project. "It will really look as if the square (under the Eiffel Tower) was open."