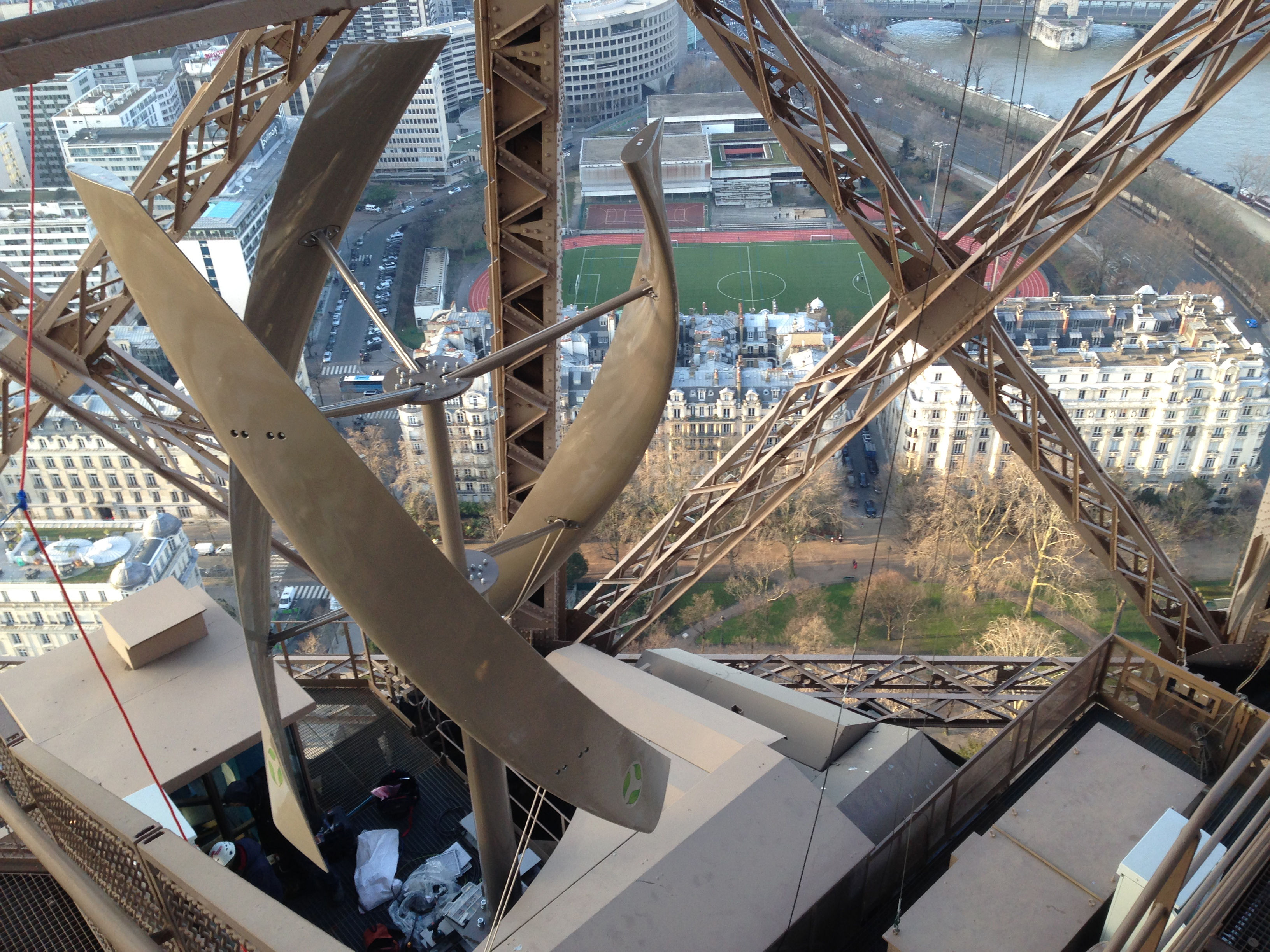 The Eiffel Tower has gone green.

As part of an ongoing facelift of the iconic structure, a New York company this month installed two wind turbines about 400 feet up on the tower, above the second level. They are expected to produce 10,000 kilowatts hours of electricity per year, enough to power the tower's first floor.

The wind turbines are part of the tower's goal of reducing its ecological footprint as part of the City of Paris Climate Plan. Along with the turbines, the tower renovation includes LED lighting and roof-mounted solar panels that will meet 50 percent of the water heating needs of two visitor pavilions.

The environmental push comes as the European Union is gearing up to release its plan to reduce emissions to help slow global warming.

"The Eiffel Tower is arguably the most renowned architectural icon in the world, and we are proud that our advanced technology was chosen as the Tower commits to a more sustainable future," said Nick Blitterswyk, CEO of UGE International, the company that installed the turbines. "When visitors from around the world see the wind turbines, we get one step closer to a world powered by clean and reliable renewable energy."

To keep them from being a distracting sight at the site, the turbines were painted to match the tower. They are situated within the lattice structure, not outside or on top of it; the location was was chosen to take advantage of the steady winds that blow through the tower at the height of the second level.

UGE has projects in over 90 countries and has installed wind turbines at the Philadelphia Eagles stadium and on the tallest building in Brooklyn. But the Eiffel Tower offered a unique challenge.

"No cranes or conventional lifting equipment could be used to hoist up all the components, so ropes and winches were used instead," UGE Project Engineer Jan Gromadzki said. "A special installation team climbed their way through the tower's intricate structure to assemble one turbine component at a time. Needless to say, no one complained about the views."

The former civil servant posted audio clips to Facebook and YouTube with comments deemed critical of the monarchy.

The former civil servant posted audio clips to Facebook and YouTube with comments deemed critical of the monarchy.