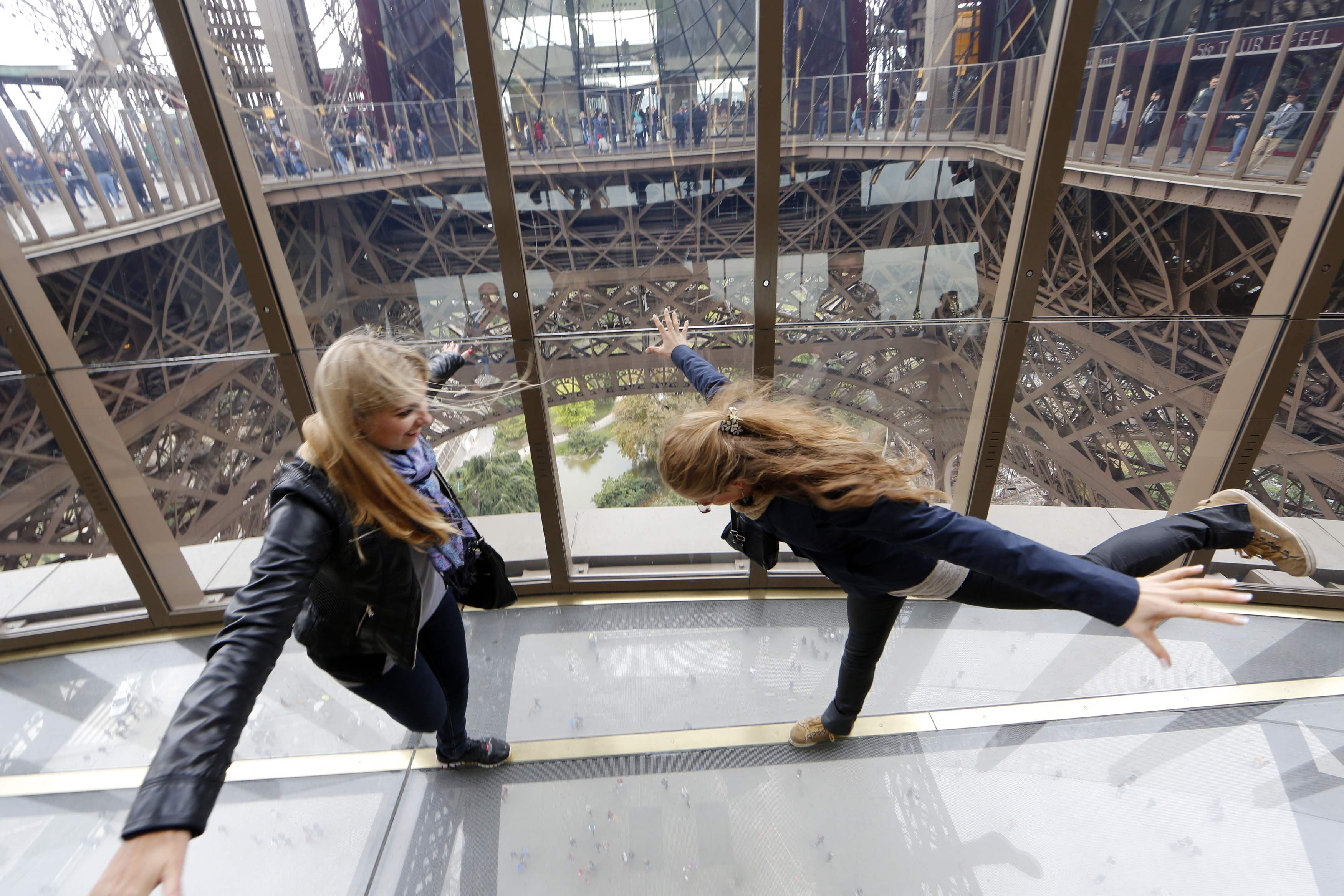 PARIS -- The Eiffel Tower has been given a vertigo-inducing face lift as organizers celebrate the Paris monument's 125th anniversary.

The 1,063-foot tower now has see-through glass floor panels on its first level. The four small viewing sections, which cost $38 million, were unveiled to visitors Monday.

Though the first level is only 187 feet high, it's not for the faint-hearted.

One tourist from Jordan, Yousef Mobaidin, said he was "terrified. It looks really scary," gripping his friend's arm as he walked on the glass.

Aaron Smith from Hawaii admitted to getting butterflies, hoping "they did a good job building it."

The iron-lattice tower is the world's most visited paying attraction, and was erected for the 1889 World Fair.