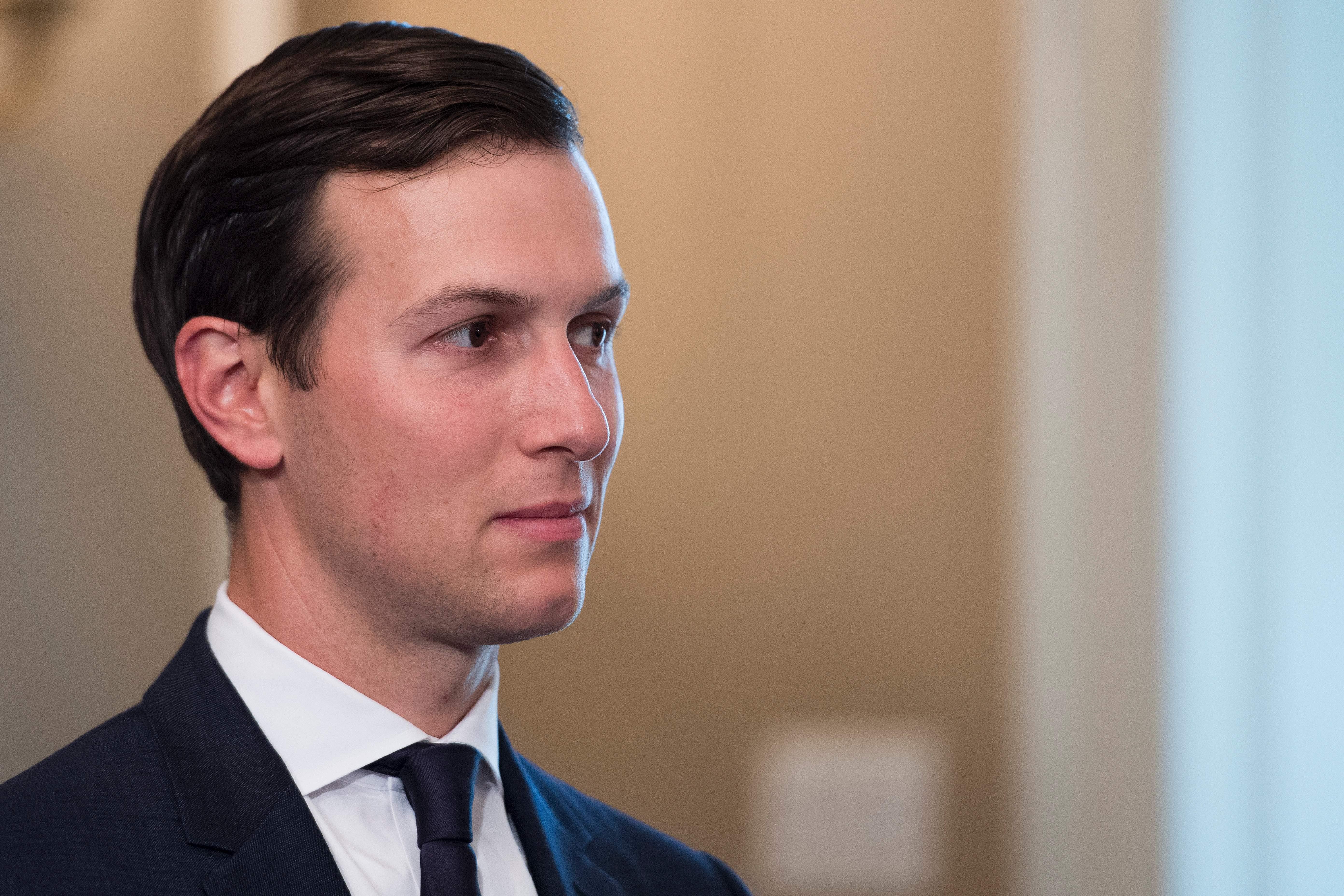 CAIRO -- White House adviser Jared Kushner arrived in Cairo on Wednesday only to learn that one of his top-level meetings with Egyptian officials had apparently been cancelled, as Egypt voiced its displeasure at the Trump administration's decision to slash aid to the country.

Kushner, who is also the son-in-law of President Donald Trump, is heading a U.S. delegation that includes Jason Greenblatt, envoy for international negotiations, and Dina Powell, deputy national security adviser. They had been scheduled to meet Egypt's Foreign Minister Sameh Shoukry and President Abdel-Fattah el-Sissi on Wednesday.

The meeting with Shoukry was removed from the Egyptian foreign ministry's schedule on Wednesday, according to both the Associated Press and Reuters news agencies, but el-Sissi's office told CBS News that the Egyptian leader would still meet the U.S. officials.

A spokesman at the Ministry of Foreign Affairs in Cairo would not confirm that any meeting had ever been scheduled, or cancelled, and left open the possibility that Shoukry could still meet Kushner later Wednesday.

Ahead of the delegation's visit to Egypt, however, the Trump administration on Tuesday cut nearly $100 million in military and economic aid to Egypt and delayed almost $200 million more in military financing, pending human rights improvements and action to ease harsh restrictions on civic and other non-governmental groups.

The moves underscored the Trump administration's delicate diplomacy with Egypt, which has been widely criticized for its rights record and yet is a staunch counterterrorism partner.

In a statement released Wednesday, just prior to the confusion over Kushner's meetings with the foreign minister, the Ministry of Foreign Affairs hinted that the significant reduction in aid money from Washington could impact cooperation in many areas.

"Egypt considers this step as a misjudgment of the nature of the strategic relations that binds the two countries over decades," the ministry statement said. "It also underestimates the size and nature of the economic and security challenges facing the Egyptian people, and implies a mixing of cards that may have negative repercussions on achieving Egyptian-American common interests.

Egypt is the second largest recipient of military aid from the United States after Israel, receiving about $1.3 billion annually and the officials noted that the U.S. has provided nearly $80 billion in military and economic assistance to Egypt over the past 30 years. They said the U.S. would continue to support Egypt's efforts to defeat extremists and terrorism as well as the country's economic development.

Egyptian military and law enforcement authorities have battled for months a deadly insurgency by a local ISIS affiliate, along with other jihadist groups, based in the restive Sinai Peninsula. The ISIS group there has carried out many attacks in Egypt, primarily targeting police and religious minorities, including Christians.

Cairo was the latest stop on Kushner's Mideast trip aimed at exploring the possibilities of reviving the long-dormant Palestinian-Israeli peace talks.

Kushner's trip comes in the wake of a July crisis between the Israelis and Palestinians at the site of a major Jerusalem holy shrine after Israel installed metal detectors at its entrance after an attack there killed two Israeli officers. The move incensed the Muslim world, triggering some of the worst Israeli-Palestinian clashes in years. Israel later removed the detectors.

Before Egypt, Kushner and the U.S. officials traveled on Tuesday to Jordan, where they met with King Abdullah II, according to the state-run Petra News Agency. The king acknowledged the importance of U.S.  involvement and Trump's commitment to reach a peace agreement between the Israelis and Palestinians, the agency said.

And earlier on Tuesday, the delegation was in the Persian Gulf. On Thursday, the American officials are expected to hold separate meetings with Israeli Prime Minister Benjamin Netanyahu and Palestinian President Mahmoud Abbas.

Kushner, Greenblatt and Powell have been heavily involved in a behind-the-scenes process to help Mr. Trump broker peace between the Israelis and Palestinians, which the first-year president has called the "ultimate deal."

The talks this week are aimed at helping forge a path to substantive peace negotiations, but no major breakthroughs are expected.

Mr. Trump has not endorsed outright the two-state solution, which has been at the heart of U.S. policy for nearly two decades.

The American president has urged Israel to show restraint in settlement construction, but has not demanded a freeze, disappointing Palestinians. Mr. Trump also pushed back a decision on his campaign pledge to move the U.S. Embassy from Tel Aviv to Jerusalem. Israel has welcomed the promise, while the Palestinians have strongly opposed it.