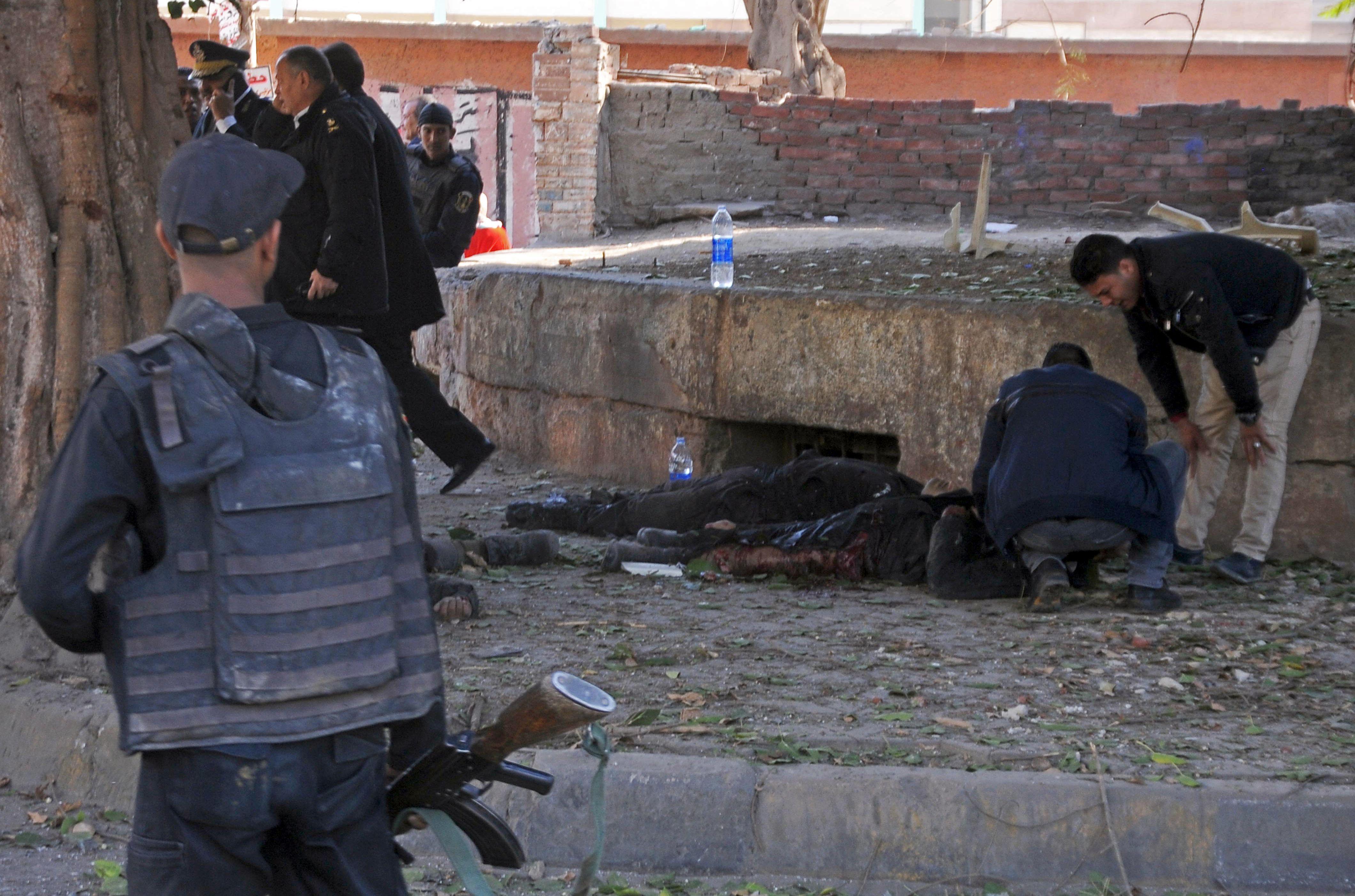 CAIRO -- An explosion on a main Cairo thoroughfare killed six police and wounded another three on Friday, in what appeared to be the deadliest attack on security forces in several months.

The state-run MENA news agency said the explosion took place near a mosque on Pyramids road, the main avenue leading from the city center out to the Giza pyramids, which is often used by tour buses. It says the blast targeted security forces, without elaborating on what caused the explosion.

Insurgents have carried out a number of attacks in Egypt since the 2013 military ouster of an elected Islamist president. The violence has been concentrated in the northern Sinai Peninsula, but there have also been several attacks on the mainland, including in the capital.

Hasam, an Egyptian militant group said to be linked to the Muslim Brotherhood, claimed responsibility for the blast later Friday. It was the eighth attack claimed by the group this year.

An AP reporter at the scene said the bombing appeared to have targeted two police SUVs parked along the road at a mobile checkpoint. The explosion completely destroyed one of the vehicles and severely damaged the other. Dozens of people gathered at the scene as police cordoned off the area.

It appeared to be the deadliest attack in Egypt since May, when gunmen opened fire on a microbus filled with plainclothes police in the Cairo suburb of Helwan, killing eight of them. The Islamic State of Iraq and Syria (ISIS), which has apowerful affiliate based in the Sinai, claimed the attack.

An explosive device struck a police convoy in Cairo in October, killing a pedestrian bystander.