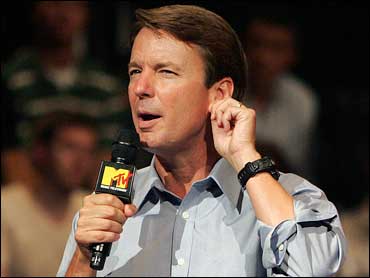 Democrat John Edwards said Friday that the nation needs an honest and sincere president more than it needs the "next great politician."

Asked by a voter what quality he possesses that other candidates lack, Edwards described what he would look for in a president if he was not running.

"I would absolutely require that the person I was voting for is someone I believe is honest and sincere and has integrity," he said. "We don't need the world's next great politician as president. What we need is someone we can trust."

The stop at a packed community center was part of Edwards two-day tour highlighting his various plans to boost the economy in rural communities. When another voter asked what he does to recharge and recenter himself, he said he imagines the men and women who worked in a textile mill with his father.

"I don't think people like that have a chance if they don't have a president who understands them," he said. "With all due respect... I think the majority of presidential candidates don't understand them."

Given their state's prominence with its early primary, New Hampshire voters have more opportunity than most to judge "what's inside" candidates, Edwards said. But his ability to compete here and in other early voting states could be affected by his decision Thursday to accept public financing for his campaign, which will require him to abide by spending limits in each state.

Edwards cast the decision as a principled stand against the influence of money in politics, but it comes after he brought in far fewer dollars than rivals Barack Obama and Hillary Rodham Clinton.