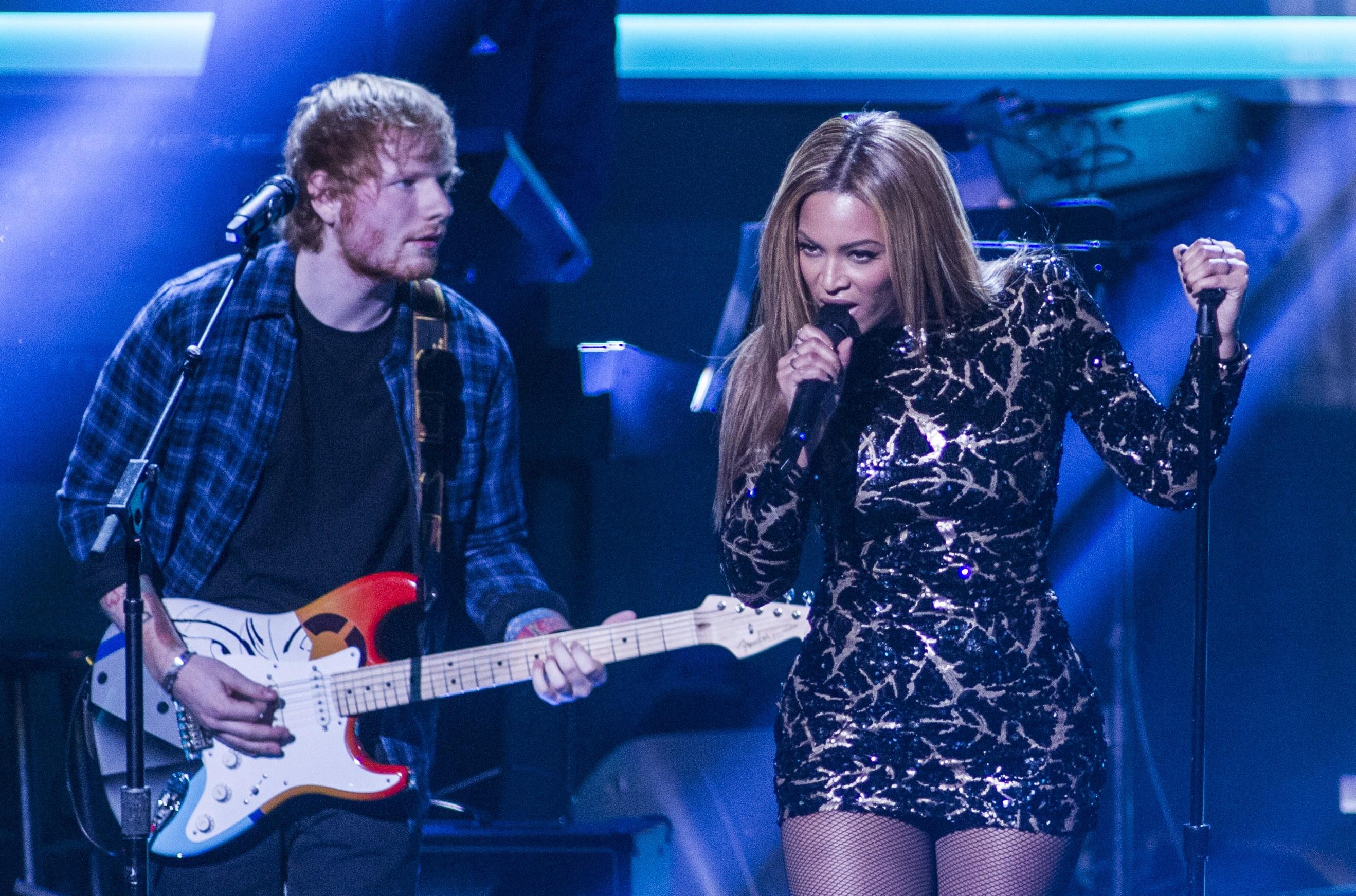 Ed Sheeran might have gotten snubbed from the four major categories at the Grammys, but here's a good consolation prize: He got to record with Beyoncé. Sheeran dropped new song "Perfect Duet" with Beyoncé -- a remix of his hit single "Perfect."

In the remix, Sheeran opens the song. Then, Beyoncé sings the second verse:

"Well I found a man
Stronger than anyone I know
He shares my dreams
I hope that someday we'll share our home
I found a love
To carry more than just my secrets
To carry love
To carry children of our own."

Sheeran joins Beyoncé for the second chorus and the two take turns and sing together the rest of the song.