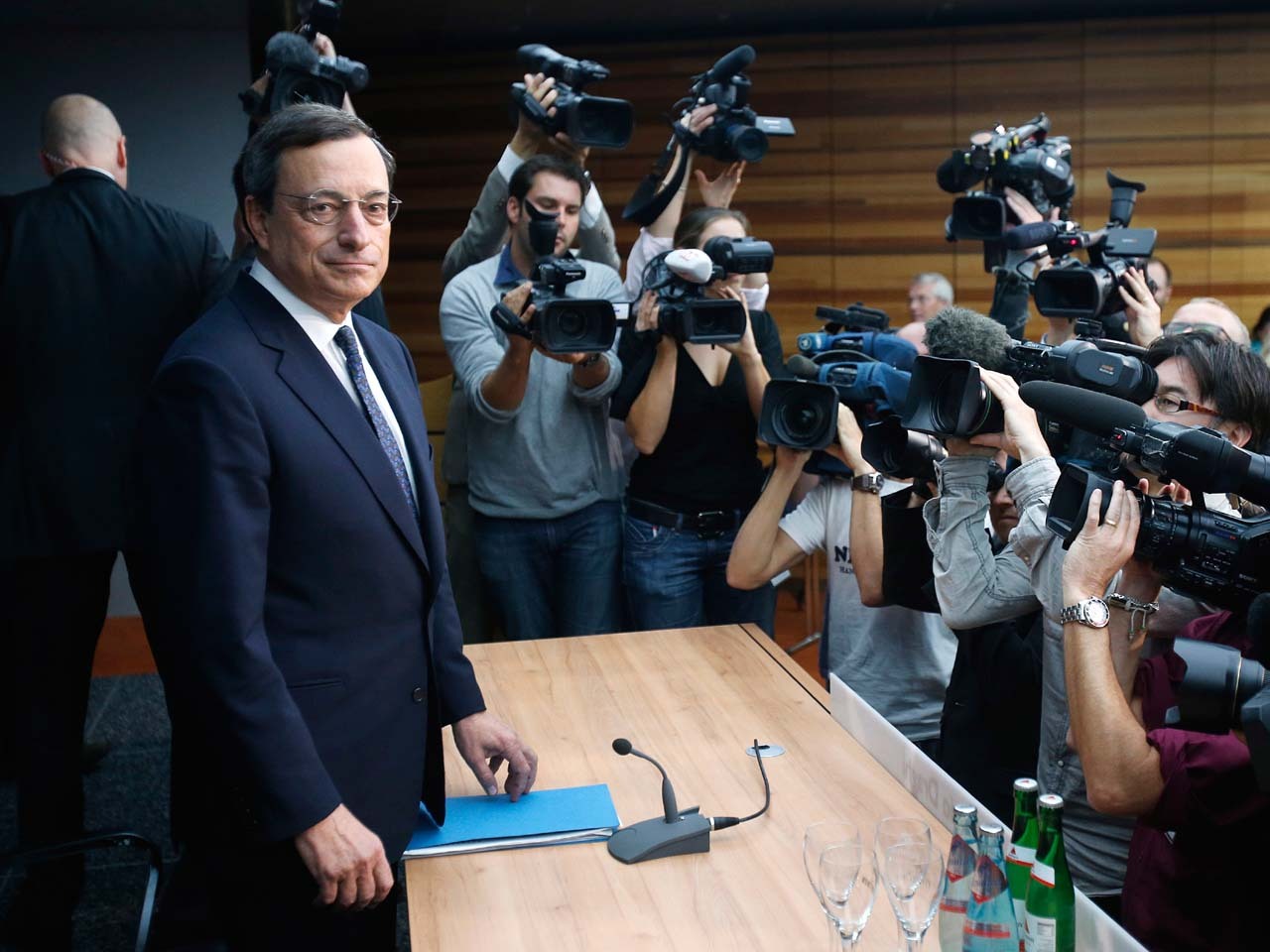 (AP) FRANKFURT, Germany - The European Central Bank unveiled its most ambitious plan yet to halt Europe's financial crisis on Thursday with a pledge to buy unlimited amounts of the government bonds of countries struggling to manage their debts.

Large-scale purchases of short-term government bonds would drive up their price and push down their interest rate, or yield, making it less expensive for countries to borrow money. The new plan goes well beyond the ECB's earlier, limited bond-purchase program, which was not big enough to decisively lower borrowing costs.

After the ECB plan - dubbed Outright Monetary Transactions or OMT- was announced, the yields on government bonds across Europe fell and stock markets rallied.

"This is a potential game-changer," says Jacob Kirkegaard, research fellow at the Peterson Institute for International Economics. "This is the first time the ECB has committed its balance sheet in this way. And the way it is done is politically sustainable in Europe."

But the ECB's pledge of support came with a caveat: Countries that want the central bank to help with their debts must first seek emergency aid from the bailout funds managed by the 17 countries that use the euro and submit their economic policies to the scrutiny of the International Monetary Fund. That puts enormous pressure on heavily indebted countries such as Spain and Italy, which have been reluctant to seek help from their euro partners.

Christine Lagarde, Managing Director of the IMF, welcomed the ECB plan Thursday and said the organization stood "ready to cooperate".

Analysts warned that while the ECB plan would provide short-term relief to European countries and financial markets, it doesn't address underlying economic weakness across the region, which could persist for years.

The possibility of ECB intervention impresses markets because, in theory, the central bank has unlimited funds at its disposal. As the issuer of the euro currency, it can simply create new money to buy the bonds from banks. The eurozone's bailout funds could buy bonds as well, but they have concrete limits on their finances set by governments that are putting up taxpayer money - and much of that is already committed anyway to bailouts for Greece, Ireland and Portugal.

Still, rescuing governments from immediate disaster will only buy the eurozone time to fix its underlying problems. For one, the purchases do not solve the chronic imbalances that plague the currency union, with some countries able to export and grow while others remain uncompetitive.

There were other technical but important details revealed Thursday. The ECB agreed to give up preferred creditor status, which could have frightened away countries' other creditors afraid they would take all the losses in case of a default.

It also agreed to ward off any increase in the supply of money in the economy, a side effect of making purchases with newly created money. The bank said it would withdraw an equivalent amount from the financial system, which it can do by taking deposits or selling notes. That helps deflect off any criticism it is using its monetary powers to finance governments, which it is forbidden to do by the European Union treaty that created the euro.

The head of Germany's Bundesbank national central bank, Jens Weidmann, has opposed the bond purchases. He says they are too close to outright financing of governments. The treaty bars the ECB from loaning directly to governments.

Some analysts believed the program unveiled Thursday would not solve the underlying problems in the eurozone, however. "Without trying to be a 'party pooper'," said Neil MacKinnon, global macro strategist at VTB Capital, "suppressed borrowing costs certainly provide relief in the short term but do not resolve problems of solvency and debt unsustainability."

Draghi partly acknowledged that fear in his statement Thursday, saying that governments needed "to push ahead with great determination" to bring down budget deficits and make their economies grow faster.