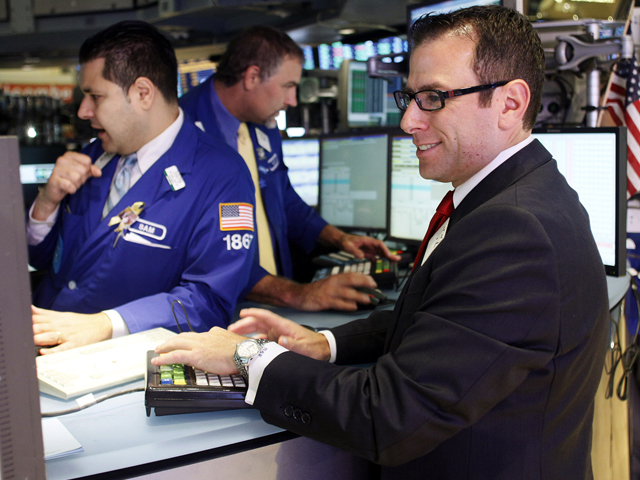 (AP) NEW YORK - The last time the stock market was this high, the Great Recession was just getting started and stocks were pointed toward a head-first descent.

But on Thursday, the market moved swiftly in the other direction. The Standard & Poor's 500 index soared to its highest level since January 2008, and the Dow Jones industrial average hit its highest mark since December 2007.

A concrete plan to support struggling countries in Europe provided the necessary jolt, and the gains were extraordinarily broad. European markets surged and U.S. Treasury bond prices dropped as traders sold low-risk investments. All but 13 stocks in the S&P 500 index rose.

At a long-awaited meeting Thursday, Mario Draghi, the president of the European Central Bank, unveiled a new program to buy government bonds from the region's struggling countries with the aim of lowering their borrowing costs. Draghi said the program will have no set limit on how much it can buy.

Kinahan praised Draghi for two details in the plan. He didn't declare a limit for the bond-buying program and said it wouldn't put itself first in line in the event of a default, something investors had been clamoring for. Both details should make other investors more willing to buy government bonds along with the ECB.

"In a situation where it was easy to have a slip-up, it seems like he did everything right," Kinahan said.

The gains were even larger in Spain and Italy, the two largest countries to get caught up in the region's long-running government debt crisis. Spain's benchmark index soared 5 percent, Italy's 4 percent.

Traders shifted money out of U.S. Treasury bonds, considered one of the world's safest places to stash money, and the drop in demand lifted yields. The yield on the 10-year Treasury note rose to 1.67 percent, up from 1.60 percent late Wednesday.

In an encouraging sign for the U.S. job market, a report from the payroll processor ADP said businesses added 201,000 jobs last month, the most reported by the survey since March.

Separately, the Labor Department said the number of people applying for unemployment benefits fell by 12,000 last week to 365,000. That figure won't affect the August jobs report, due out Friday, but could be a sign of a better hiring this month.

Even before Thursday's surge, the stock rally has been one for the record books.

"We've been told from the start that this stock market was going to be low return and high risk, but it's turned out to be the best ever," said Paulsen, as the S&P was shooting higher Thursday. "Fear was way overdone."