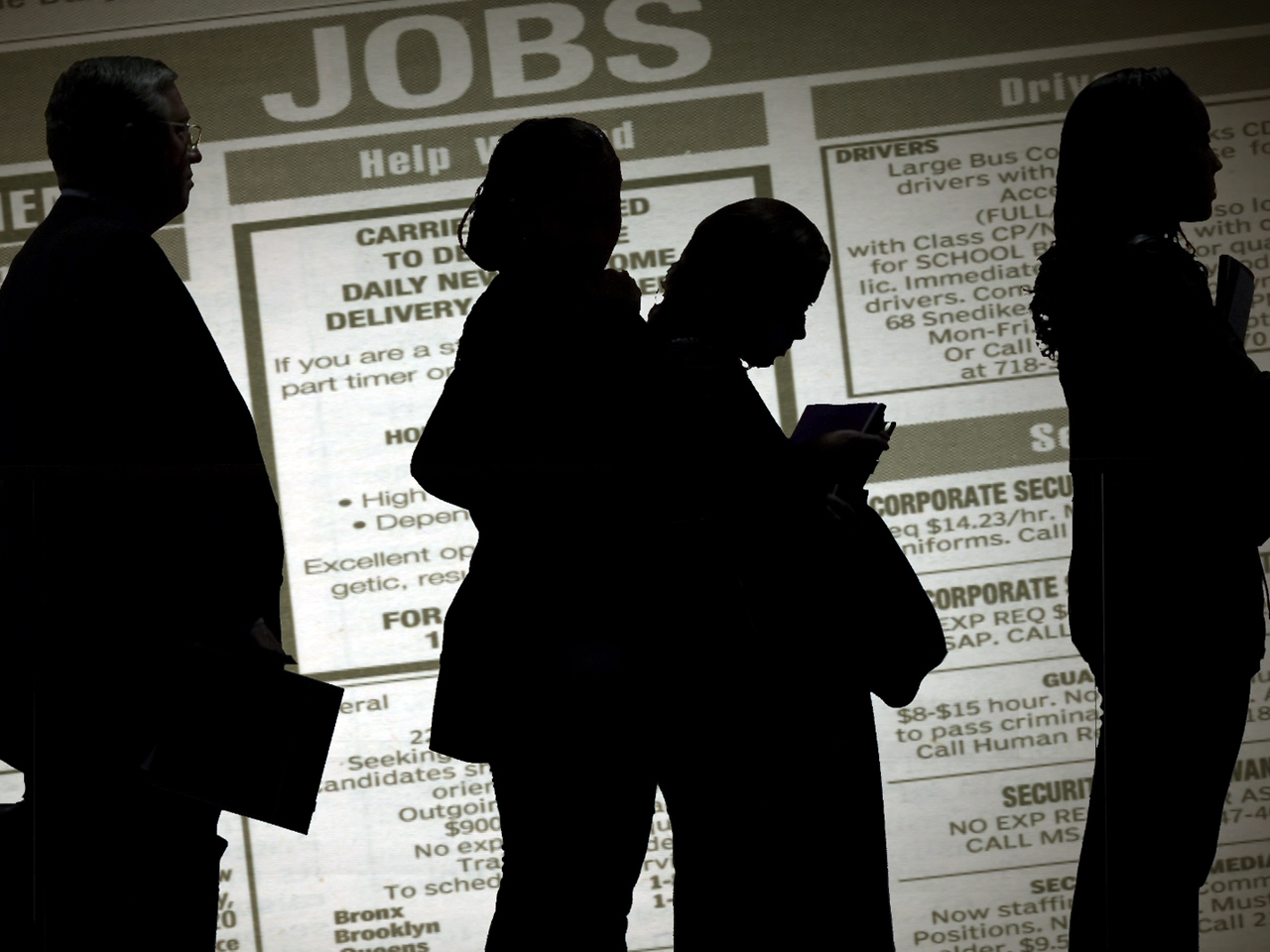 (AP) WASHINGTON - The number of people seeking unemployment benefits fell by 12,000 last week, a hopeful signal that the job market may be improving.

The Labor Department says applications declined to a seasonally adjusted 365,000. The four-week average, a less volatile measure, ticked up to 371,250.

Weekly applications are a measure of the pace of layoffs. When they consistently fall below 375,000, it suggests that hiring is strong enough to lower the unemployment rate.

The drop likely won't affect the August jobs report, set to be released Friday. The data for that report were compiled three weeks ago. But it could signal better hiring in September.

Economists forecast that employers added 135,000 jobs last month, while the unemployment rate is expected to stay unchanged at 8.3 percent.

In July, employers added 163,000 jobs. It was the best month of hiring since February and an improvement from the average of only 73,000 per month created in the April-June quarter.

Still, the economy grew at a tepid 1.7 percent annual rate in the April-June quarter, down from the 2 percent rate in the January-March quarter and 4.1 percent in the final three months of last year.

President Barack Obama will address the Democratic National Convention in Charlotte on Thursday. Polls show most Americans regard Republican nominee Mitt Romney as better able to handle the U.S. economy.

Romney and his Republican allies have pointed to high unemployment as evidence that Obama's policies are not helping the economy. The unemployment rate was 7.8 percent when Obama took office and has been above 8 percent for the past 42 months. Most economists say "normal" unemployment is 6 percent or less.

But Obama and his allies have focused on more than 4 million jobs that the economy has added in the past 2½ years.

A weak employment report could push the Federal Reserve to announce some new action after its meeting next week to try to boost growth.