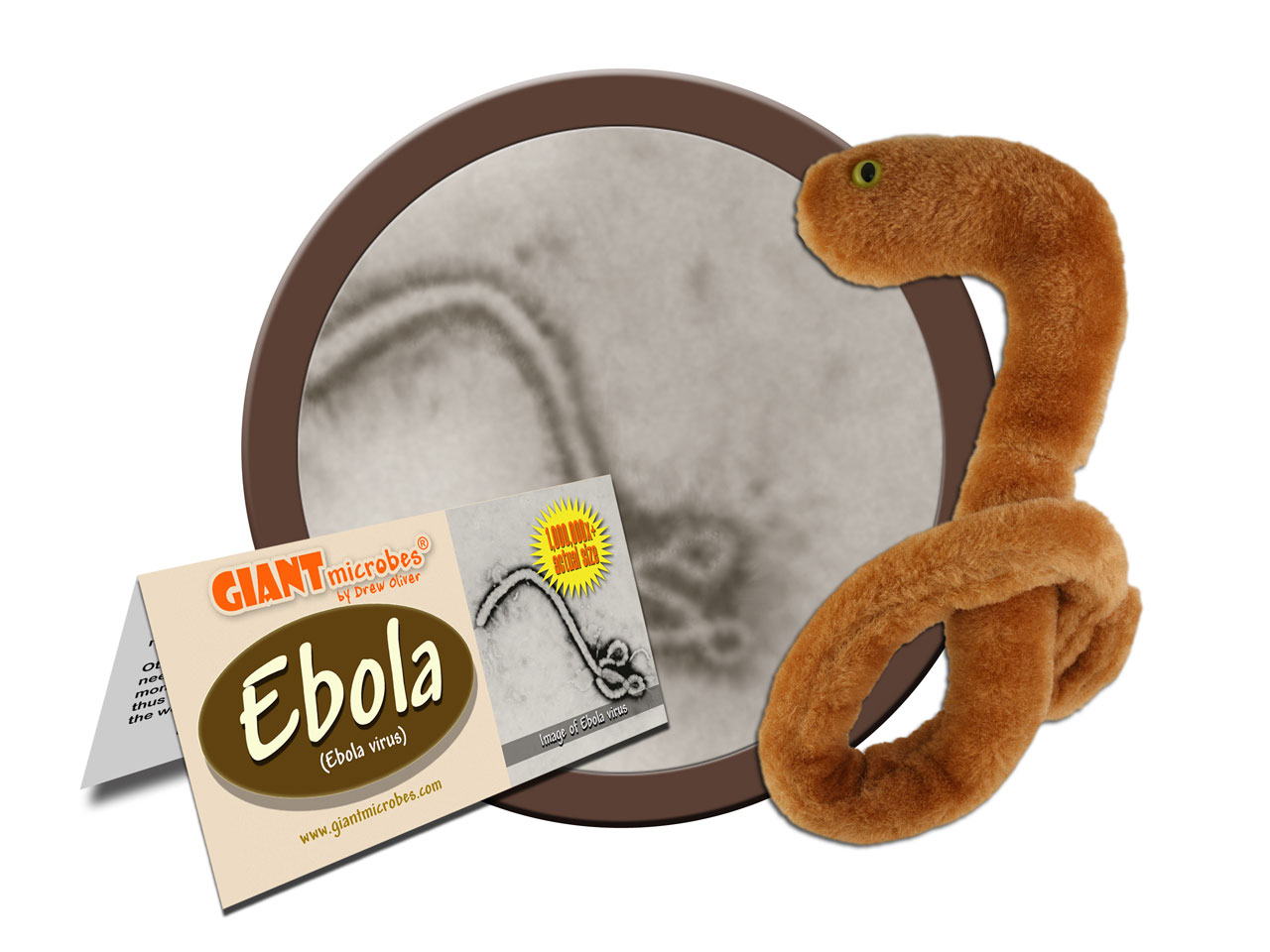 With the Ebola outbreak dominating the national discourse, parents and caregivers are inevitably going to be confronted with the necessity of explaining the deadly and exotic disease to children.

One Connecticut company was already poised to help in that process, and it has seen a dramatic spike in sales as a result.

Giantmicrobes Inc. was founded about a decade ago with the intention of creating stuffed toys based on the actual microscopic images of various microbes as an educational tool for caregivers and young children, said Laura Sullivan, vice president of operations, in an interview with CBS News.

"It started with the common cold and similar things," Sullivan said. "It was marketed to pediatricians and parents initially. The idea is that kids respond favorably to stuffed animals."

The thinking is that children would be better able to understand what is happening in their body if they could see a softer, cuddlier version of it, Sullivan said.

Before long, the company's offerings expanded to a number of different of viruses and diseases, and the audience expanded with it.

About five years ago, the company began offering plush toys whose design was based on the microscopic image of the Ebola virus. Now, they are struggling to keep up with demand, Sullivan said.

While she declined to give specific sales figures for the Ebola plush toys, Sullivan said: "They're selling like hot cakes. We're out of stock again."

They have ramped up production with their Chinese manufacturers and are rushing to feed the demand, Sullivan said.

Their Ebola products - which include regular- and giant-sized plush recreations of the virus, as well a petri dish and something called "Primordial Putty" - are currently only available through the company's website, but much of the rest of their line can be found in everything from hospital gift shops to college bookstores to medical supply stores.

Sullivan said this isn't the first case of a headline-making disease affecting their sales. The swine flu outbreak a few years ago caused a similar spike in sales, but Sullivan added it was not quite at the level of Ebola.

"It's a neat little product," Sullivan said. "In the case of Ebola, it's been a helpful way for families talk about it and take some of the scariness away."