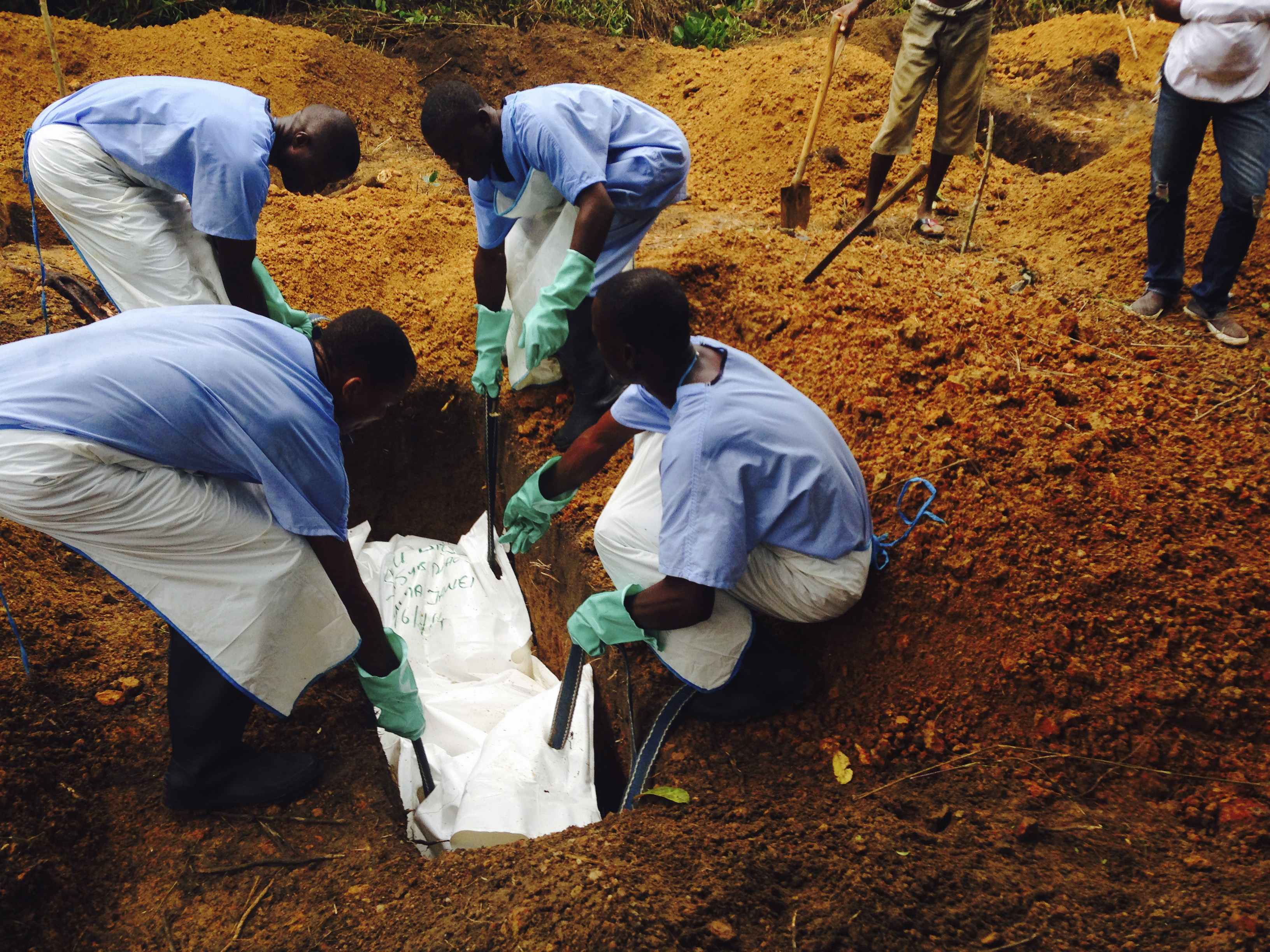 ABUJA, Nigeria --Liberia's president declared a state of emergency Wednesday as the World Health Organization said the death toll from the Ebola outbreak in West Africa has risen to 932.

The new figures come as Nigeria confirmed the death of a nurse of Ebola. It was the second death from the disease in Nigeria and a growing number of cases are being reported in Lagos, a megacity of some 21 million people.

The first death in Nigeria was that of Patrick Sawyer, a 40-year-old American of Liberian descent with a wife and three young daughters in Minnesota. Sawyer, who worked in Liberia, was traveling on a business flight to Nigeria when he fell ill. Nigerian authorities acknowledge they did not treat Sawyer as an Ebola patient and failed to isolate him for the first 24 hours after his arrival in Nigeria last month.

The death of the unidentified nurse marks the second Ebola fatality in Nigeria, and this worries health experts as it is the Africa's most populous country and Lagos, where the deaths occurred, one of its biggest cities.

In Liberia, President Ellen Johnson Sirleaf declared a state of emergency late Wednesday and said some civil rights may have to be suspended as a result of the crisis.

"Ignorance and poverty, as well as entrenched religious and cultural practices, continue to exacerbate the spread of the disease," she said in a televised address to the nation.

"It's impossible to say whether this specific situation could have been avoided, but there is certainly more likelihood of travelers coming from an Ebola-affected country in the region and authorities need to be aware, even if the infrastructure and situation is challenging," Webster said.

Ebola, which has a mortality rate between 60 percent and 96 percent, is a systemic virus, meaning it impacts all organs that control various functions in the body. But before it attacks the gastrointestinal, respiratory, vascular, muscular, neurological and immune systems, Ebola starts off looking a lot like the flu.

At its onset, a patient may experience fatigue, fever, headache, sore throat and pain in the joints and muscles. The initial symptoms are so common that the Centers for Disease Control and Prevention says cases are often misdiagnosed.

In Saudi Arabia, officials say a man who was being tested for the Ebola virus has died. The 40-year-old returned on Sunday from Sierra Leone, where at least 286 people have died from Ebola, and was then hospitalized in Jiddah after showing symptoms of the viral hemorrhagic fever.

Spain's Defense Ministry, meanwhile, said a medically equipped Airbus 310 is ready to fly to Liberia to repatriate a Spanish missionary priest who has Ebola. The ministry said Wednesday that preparations for the flight are being finalized but it is not yet known what time the plane will take off.

The priest, Miguel Pajares, is one of three missionaries being kept in isolation at the San Jose de Monrovia Hospital in Liberia who have tested positive for the virus, Spain's San Juan de Dios hospital order, a Catholic humanitarian group that runs hospitals around the world, said Tuesday.

There have now been at least 1,711 cases of Ebola this year, which has no proven vaccine or treatment, according to new figures released Wednesday by the World Health Organization. More than 932 people have died in Sierra Leone, Guinea, Liberia and Nigeria as of Aug. 4, WHO said.

In announcing the new deaths, WHO noted in particular that "community resistance remains high" in Liberia. Many fearful family members are refusing to bring sick relatives to isolation centers, preferring to treat them at home and pray for their survival as no proven cure or treatment exists for Ebola.

The difficulties in quarantining sick people are complicating efforts to stop Ebola's spread.

In Nigeria, the five people now infected from Sawyer would not have been contagious to their neighbors or family members until they started showing symptoms of their own, health experts say. The delay in enforcing infection control measures, though, is another setback in the battle to stamp out the worst Ebola outbreak in history.

The specter of the virus spreading through Nigeria is particularly alarming, said David Morse, an epidemiology professor at Columbia University's Mailman School of Public Health.

"It makes you nervous when so many people are potentially at risk," he said.

Lagos is a bewildering combination of wealth and abject poverty, awash in luxury SUVs and decrepit buses alike that carry passengers through hours of crowded traffic on the bridges linking the city's islands to the mainland.

Ebola can only be transmitted through direct contact with the bodily fluids of someone who is sick - blood, semen, saliva, urine, feces or sweat. Millions live in cramped conditions without access to flushable toilets, and signs posted across the megacity tell people not to urinate in public.

Authorities in Liberia said Sawyer's sister had recently died of Ebola, though Sawyer said he had not had close contact with her while she was ill.

In announcing his death, Health Minister Onyebuchi Chukwu maintained that Nigerian officials had been vigilant.

"It was right there (at the airport) that the problem was noticed because we have maintained our surveillance," he told reporters. "And immediately, he went into the custody of the port health services of the federal ministry of health so there was no time for him to mingle in Lagos. He has not been in touch with any other person again since we took him from the airport."

On Tuesday, the Lagos state health commissioner said, however, that they did not suspect Ebola immediately and it was only after about 24 hours in the hospital that they identified him as a possible Ebola case.

"They went back to the history and they were like 'Oh, this is Liberia,' and that's why he was put into isolation," Lagos state Health Commissioner Jide Idris told reporters. "So even in that window period it was possible that some of these people got infected."

Nigeria was among the countries present at a regional meeting of health officials in Ghana at the beginning of July where they agreed to step up surveillance of potential Ebola cases and quickly share information with WHO.

Sawyer, who had a fever and was vomiting on the plane, was coming from the infected country of Liberia but had a layover in Togo. As a result, officials may not have initially known his original point of departure and it was unclear whether he was traveling on a Liberian or American passport.

Experts say people infected with Ebola can spread the disease only through their bodily fluids and after they show symptoms. Since the incubation period can last up to three weeks, some of the Nigerians who treated Sawyer are only now showing signs of illness that can mimic many common tropical illnesses - fever, muscle aches and vomiting.

The national health minister on Wednesday said special tents would be used to speed up the establishment of isolation wards in all of Nigeria's states. Authorities are setting up an emergency center in Lagos to deal with Ebola that will be "fully functional" by Thursday, he said.

"We are embarking on recruiting additional health personnel to strengthen the team who are currently managing the situation in Lagos," said his statement.