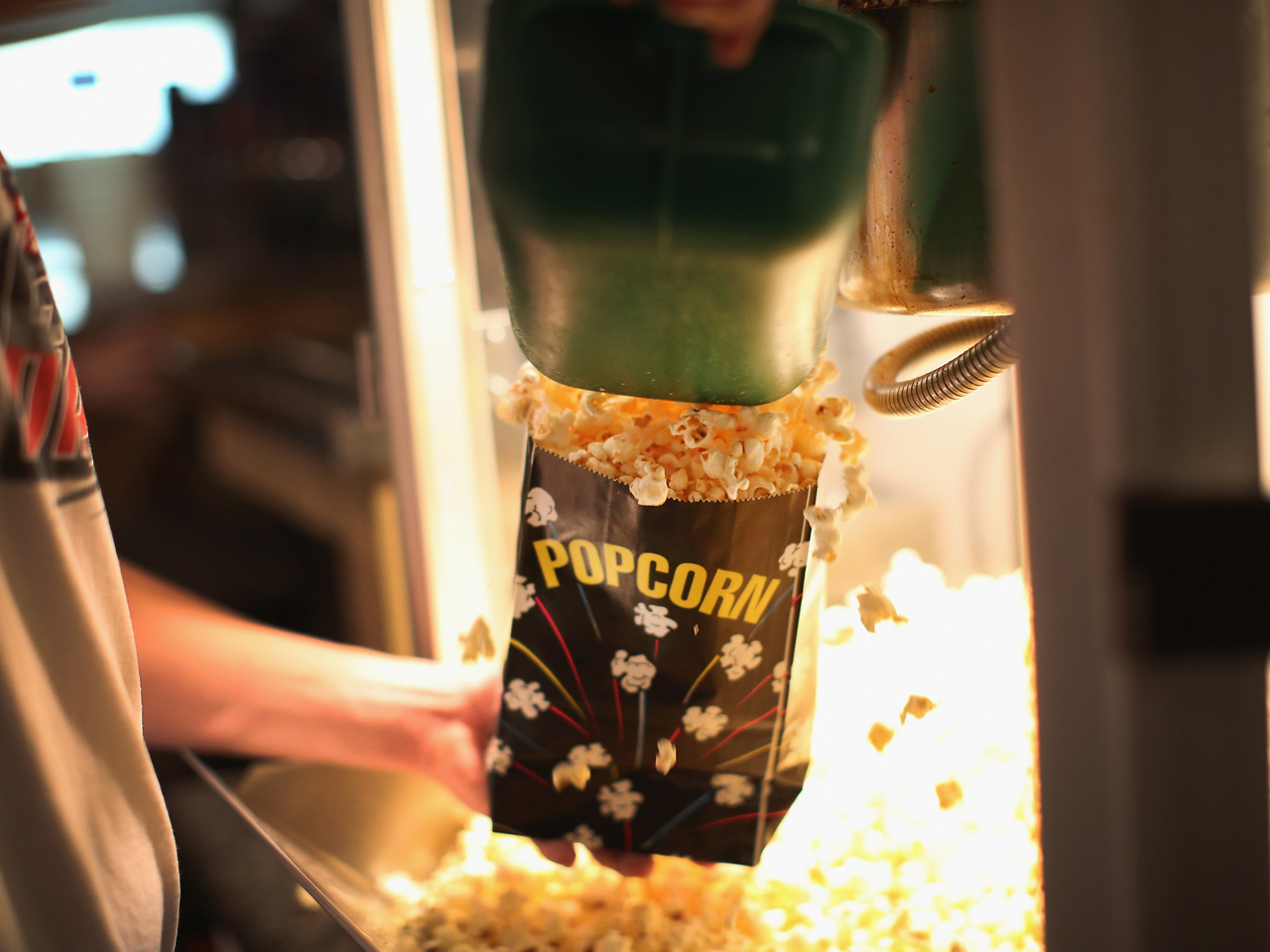 Snacking on popcorn while watching a movie may help you tune out all those advertisements, a new study suggests.

Research published online in late September in the Journal of Consumer Psychology claims that film ads are less effective when viewers are eating the movie snack staple.

"The mundane activity of eating popcorn made participants immune to the pervasive effects of advertising," researcher Sascha Topolinski, from the department of psychology at the University of Wuerzburg in Germany, said to the BBC.

Researchers asked 96 Germans to watch a movie, which kicked off with a variety of advertisements. Half of the audience was given popcorn, which was constantly filled throughout the screening. The others received a small sugar cube.

The ads were all real commercials of products that would typically not be known to a German audience, including a spot for the Scandinavian butter brand Lurpak.

A few weeks later, the subjects were asked to rate a list of different products, some of which had been advertised. The sugar cube-eating group rated the products they had seen ads for higher, but those in the popcorn group were not influenced by the ads.

The researchers conducted a second experiment with 188 people, except that in addition to their snacks the subjects were given money they could donate to charity. Again, the sugar cube group was more likely to give money to charity organizations that had been advertised, but people in the popcorn group were not swayed by what they had seen.

"This finding suggests that selling candy in movie theaters actually undermines advertising effects, which contradicts present marketing strategies," Topolinksi said. "In the future, when promoting a novel brand, advertising clients might consider trying to prevent candy being sold before the main movie."

The researchers hypothesize that the chewing motion of popcorn might have something to do with this effect. In order for people to remember something, they have to "say" it to themselves. This could involve speaking the word out loud or reading the product hearing it in your head.

Chomping on popcorn could ruin that process, as opposed to sucking on a sugar cube, the researchers said.

Topolinksi added to the Hollywood Reporter that for some established brands, the "popcorn effect" might not be as pronounced. The study's findings were more important for more unknown brands.

"An ad for Marlboro, for example, is fine because the brand name is well known and the ad just conveys a certain feeling about the brand, the Wild West or whatever," he said. "But novel brands, say for Internet companies with odd names like Zalando -- it could be a problem."