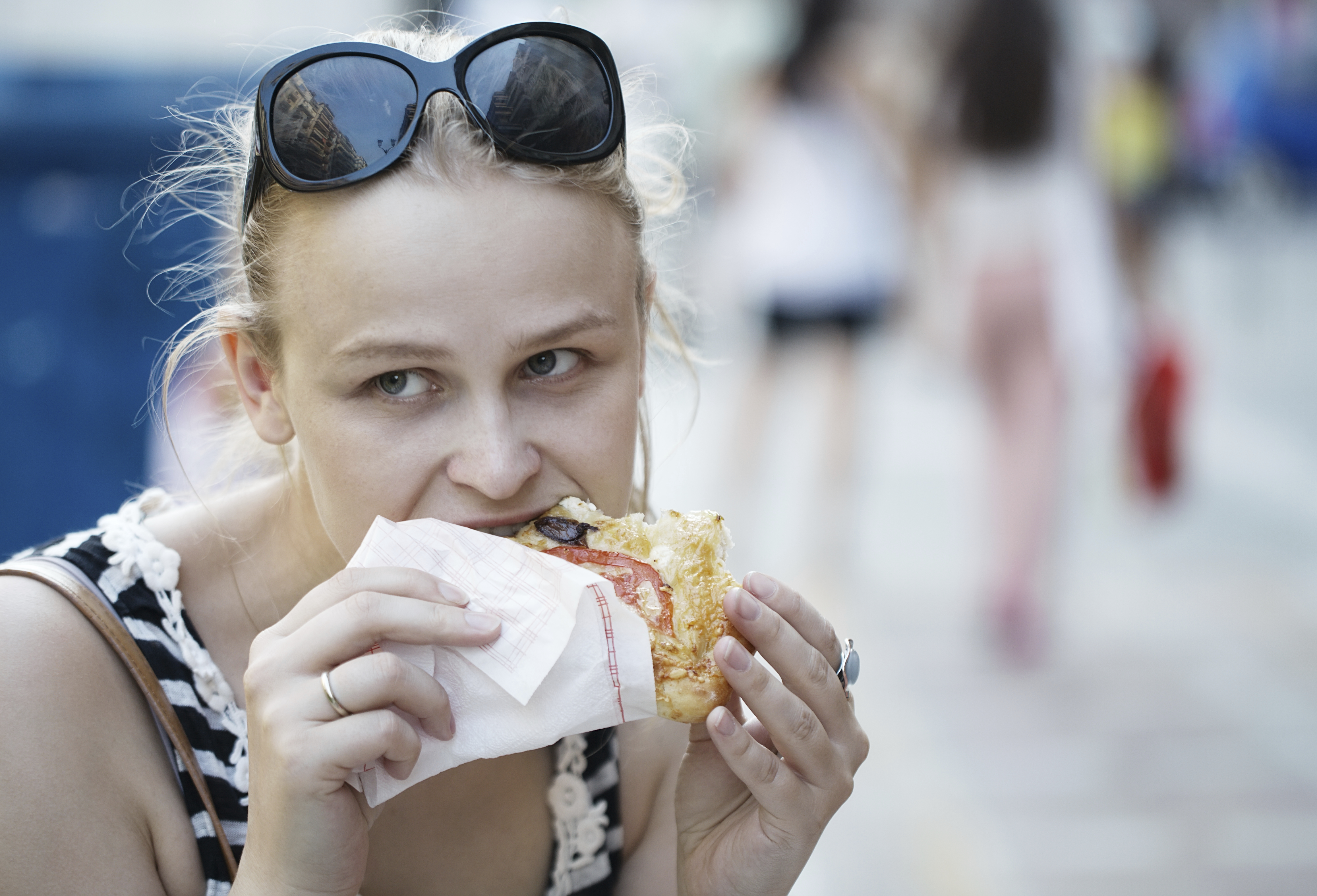 These days, it seems like it's the American way to be constantly in a rush -- and eating on the way. Whether you're scarfing down breakfast on the commute to work or grabbing a bite while you dash through the mall, it's an all-too-familiar pattern.

Now, new research suggests that this habit of eating on the go could be doing some major damage to your waistline.

In a small study, published Thursday in the Journal of Health Psychology, researchers from the University of Surrey in the U.K. looked at 60 women, some of whom were dieting and some of whom weren't. They were each given a cereal bar to eat under three different conditions: One group watched a five-minute clip of the television show "Friends" while eating; the second group ate while walking around the hall; and the final group ate while sitting and talking with a friend.

Afterwards, researchers gave the participants a follow-up questionnaire and access to four different bowls of snacks, including chocolate, carrot sticks, grapes and potato chips. After the women left the room, the researchers measured how much of the snacks they ate.

The results showed that the women who were on a diet ate larger quantities of the snacks if they had eaten the initial cereal bar while walking around the hall. Specifically, they ate five times more chocolate.

The study authors concluded that eating on the go may lead dieters to overeat later in the day.

Furthermore, even though walking had the most impact, any form of distraction, such as eating at your desk while working, can lead to weight gain, Ogden said.

"When we don't fully concentrate on our meals and the process of taking in food, we fall into a trap of mindless eating where we don't track or recognize the food that has just been consumed," she said.

Lori Rosenthal, a registered dietitian specializing in weight management and bariatrics at Montefiore Medical Center in New York City, said she counsels her patients to practice mindful eating -- being aware of why, what, where and how much we eat. She calls it an "integral part of weight management and enjoyment of food."

"It takes about 20 minutes for our brain to catch up to our stomach," Rosenthal told CBS News. "By slowing down and paying attention we are able to recognize when we are beginning to get full and stop before overeating. When we are distracted, we more often than not surpass that point."

Rosenthal offered a few tips to slow down during meal times to really enjoy your food.

"During meals, focus on the food and how you feel," she said. "Turn off the TV, close your laptop and put down your cellphone. Slow down by putting your utensils down between bites and increasing the number of times you chew per bite."

Finally, planning ahead goes a long way to help you stick to a healthy diet. Instead of grabbing whatever looks good when you're hungry, Rosenthal advises grocery shopping at the beginning of the week with a list to cover meals and snacks for the days ahead.

"It only takes a few minutes," she said, "yet makes a world of difference."