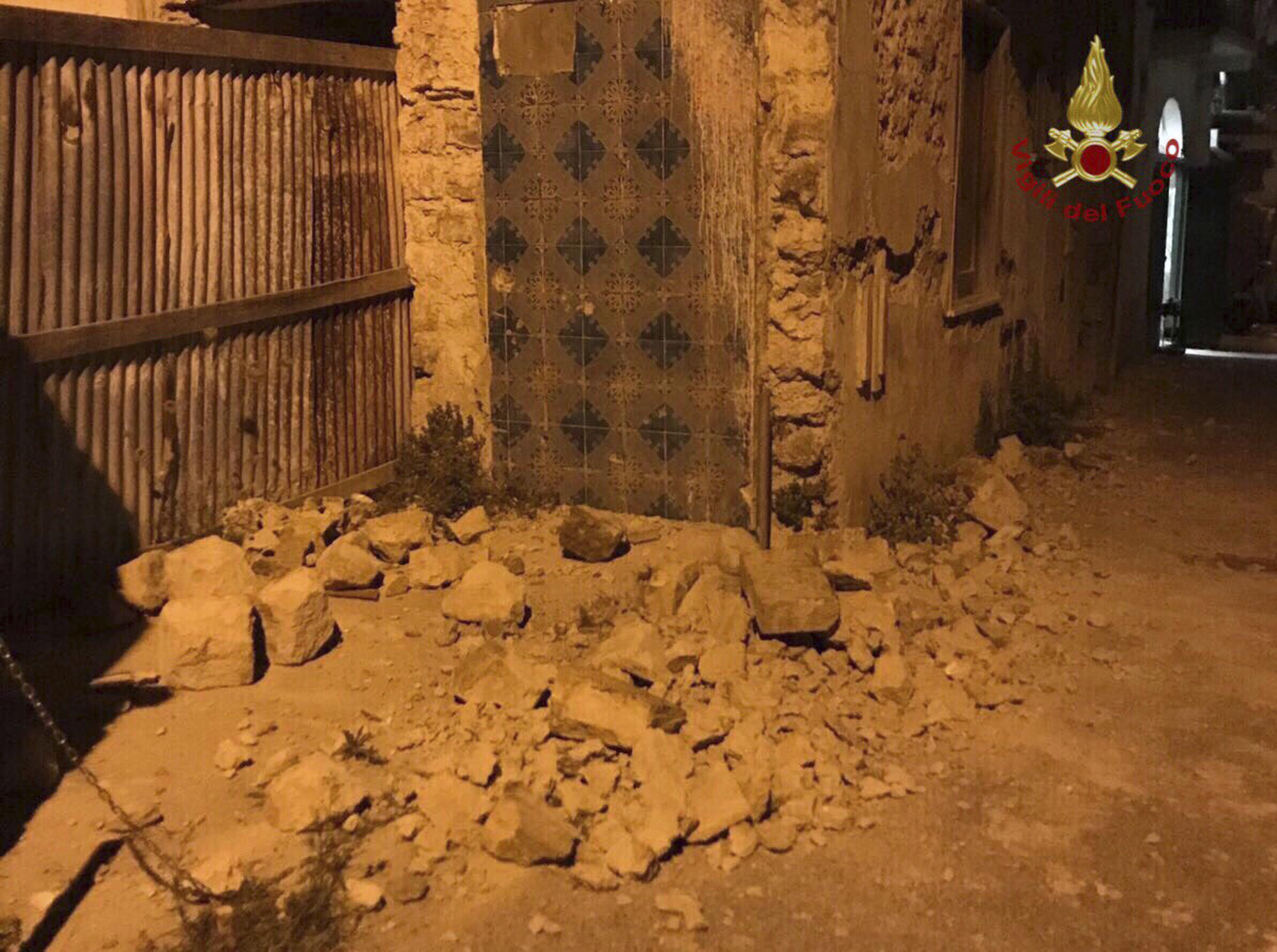 ROME -- An earthquake rattled the Italian resort island of Ischia at the peak of tourist season Monday night, killing at least one person and trapping a half dozen others under collapsed homes.

Police said all but one of the people known to be trapped were responding to rescuers and were expected to be extracted alive, including three children. One person, however, wasn't responding, raising worries the death toll could rise, said Giovanni Salerno of the financial police.

Italy's national volcanology institute said the temblor struck a few minutes before 9 p.m., just as many people were having dinner. The hardest-hit area was Casamicciola, on the northern part of the island.

There was great discrepancy in the magnitude reported: Italy's national vulcanology agency put the initial magnitude at 3.6, though it revised it to a 4.0 sustained magnitude with a shallow depth of 3 miles in the waters just off the island. The U.S. Geological Survey and the European-Mediterranean Seismological Center gave it a 4.3 magnitude, with a depth of 6 miles.

While such discrepancies are common, Italian officials complained that the Italian agency's initially low 3.6-magnitude estimate greatly undervalued the power of the temblor.

Television images showed that about six buildings in the town of Casamicciola as well as a church had collapsed, the Reuters news agency reports.

At least one hotel and parts of a hospital were evacuated. A doctor at the Rizzoli hospital, Roberto Alloca, told Sky TG24 that some 20 people were being treated for minor injuries at a makeshift emergency room set up on the hospital grounds. Alloca said the situation was calm and under control.

Salerno confirmed one woman was killed by falling masonry from a church. At least three people were extracted from the rubble alive, the civil protection said, adding that the island had sustained at least 14 aftershocks.

BBC News is reporting that the local Red Cross is assisting with victims in the area:

Civil protection crews, already on the island in force to fight the forest fires that have been ravaging southern Italy, were checking the status of the buildings that suffered damage. Other rescue crews, as well as dogs trained to search for people under rubble, were arriving on ferries from the mainland.

Together with the nearby island of Capri, Ischia is a favorite island getaway for the European jet set, famed in particular for its thermal waters. Casamicciola was the epicenter of an 1883 earthquake that killed more than 2,000 people.

The quake came just two days shy of the one-year anniversary of a powerful 6.2-magnitude earthquake that devastated several towns in central Italy. That temblor last Aug. 24 killed more than 250 people in Amatrice and beyond and set off a months-long series of powerful aftershocks that emptied many towns and hamlets of their people.