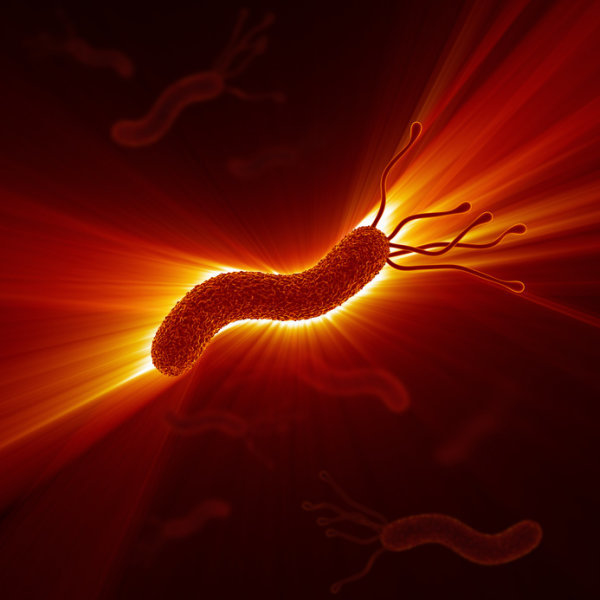 The Earth is teeming with life, and apparently humans have only identified one-thousandth of 1 percent of the various species that call the planet home. A new study out of Indiana University, published in the Proceedings of the National Academy of Sciences, reveals that Earth could contain nearly 1 trillion species.

"Estimating the number of species on Earth is among the great challenges in biology," study co-author Jay T. Lennon, associate professor in the Indiana University Bloomington College of Arts and Sciences, said in a press release. "Our study combines the largest available datasets with ecological models and new ecological rules for how biodiversity relates to abundance. This gave us a new and rigorous estimate for the number of microbial species on Earth."

The estimate of 1 trillion species was derived from large datasets of recorded plant, microbial, and animal life, from a combination of academic, governmental, and citizen science reports representing more than 5.6 million microscopic and non-microscopic species that exist in 35,000 locations around the world. The researchers call this the largest-ever compilation of such data. All the oceans and continents are represented except for Antarctica.

A big challenge in determining the true number of species on Earth is the fact that it is next to impossible to record all of the forms of microbial life on the planet.

"Until recently, we've lacked the tools to truly estimate the number of microbial species in the natural environment," Lennon said. "The advent of new genetic sequencing technology provides an unprecedentedly large pool of new information."

Simon Malcomber, director of the National Science Foundation's (NSF) Dimensions of Biodiversity program, stressed that while the study is significant, it highlights just how much life on Earth "still remains to be discovered and described."

The NSF funded the Indiana University team's work through a project that aims to "fill major gaps in humanity's knowledge about the planet's biodiversity" by 2020, according to the press release. The U.S. Army Research Office also supported the study.

What really differentiates this work is that most studies of life on Earth seemingly ignore microorganisms. Previous efforts to estimate the total number of species on Earth used outdated techniques "or questionable extrapolations," Lennon said.

"Older estimates were based on efforts that dramatically under-sampled the diversity of microorganisms," Lennon said. But now, advanced genetic sequencing technology can be brought to bear. "Before high-throughput sequencing, scientists would characterize diversity based on 100 individuals, when we know that a gram of soil contains up to a billion organisms, and the total number on Earth is over 20 orders of magnitude greater."

The study used data from the National Institutes of Health's Human Microbiome Project, the Tara Oceans Expedition, and the Earth Microbiome Project, among others. The research team pulled together 20,376 surveys of bacteria, archaea and microscopic fungi along with 14,862 sampling efforts on trees, mammals, and birds.

"We suspected that aspects of biodiversity, like the number of species on Earth, would scale with the abundance of individual organisms," said Kenneth J. Locey, study co-author and a postdoctoral fellow at Indiana University. "After analyzing a massive amount of data, we observed simple but powerful trends in how biodiversity changes across scales of abundance. One of these trends is among the most expansive patterns in biology, holding across all magnitudes of abundance in nature."

Of course, it is still an overwhelming -- if not impossible -- task to accurately identify every microbial species on the planet. By comparison, the Earth Microbiome Project has been able to only record 10 million species, so far.

"Of those cataloged species, only about 10,000 have ever been grown in a lab, and fewer than 100,000 have classified sequences," Lennon stressed. "Our results show that this leaves 100,000 times more microorganisms awaiting discovery -- and 100 million to be fully explored. Microbial biodiversity, it appears, is greater than ever imagined."