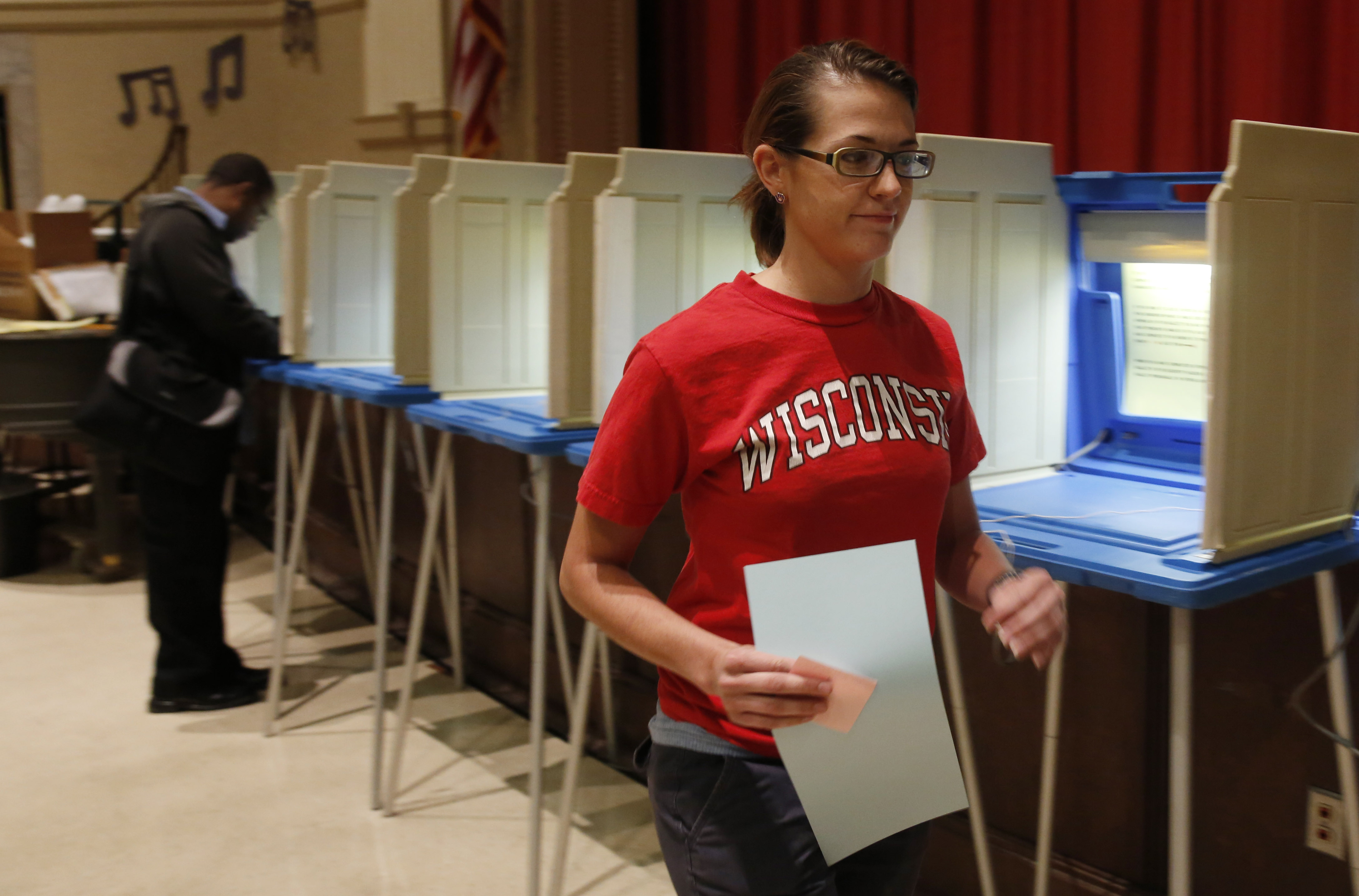 Today's recall election in Wisconsin pits Republican Gov. Scott Walker versus Democratic Milwaukee Mayor Tom Barrett, in a rematch of their 2010 race. According to the early exit polls, 6 percent say they decided on their candidate in the last few days, with 93 percent saying they made up their minds before that.

The recall effort was brought about mainly in response to Walker's plan that restricted collective bargaining rights for public union workers. Today, 52 percent of Wisconsin voters in the early exit polls said they have a favorable view of unions for government workers, while 43 percent have an unfavorable opinion of these unions. Among voters in unions households (public or not), 69 percent view these unions favorably.

More generally, 54 percent of Wisconsin voters surveyed think government should generally have a more limited role when it comes to solving problems, compared to 42 percent who said government should do more. These views are similar to November 2010.

The vote has been closely watched for potential clues into the presidential race between President Obama and presumptive Republican nominee Mitt Romney in the key battleground state. According to the early exit polls, Mr. Obama has an advantage over Romney, fifty-one to 45 percent. Two percent say they won't vote.

More details from the exit polls will be released after the polls close in Wisconsin at 9 p.m. ET.