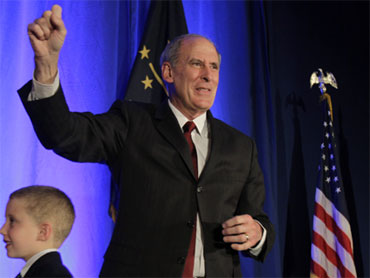 CBS News projects that Republican Marco Rubio will win in the Senate race in Florida.

It's a major victory for the Tea Party favorite as Rubio beat the Independent Gov. candidate Charlie Crist, and Democratic Congressman Kendrick Meek.

Rubio is a fiscal conservative that hopes to reinstate Bush tax cuts for the wealthy and slash taxes on corporations, estates, and capital gains.

The 39-year-old, second generation, Cuban American rose quickly in Florida politics but not without controversy.

During the campaign he was accused of racking up over $100,000 in charges on GOP credit cards for personal use. He said the charges were legitimate.

For full coverage of all the races and projected winners read our live blog now.