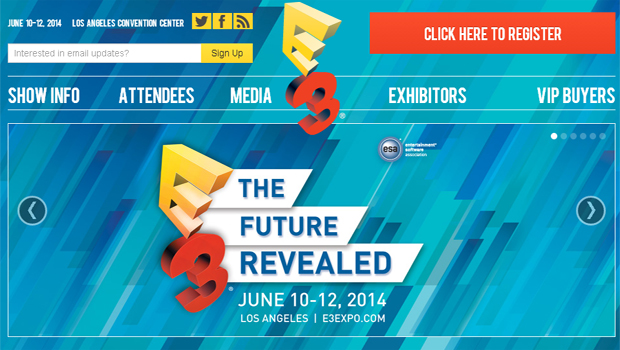 Ahead of the 2014 Electronic Entertainment Expo -- or as it is better known, E3, the annual video game conference and show -- sequels to popular games have been unveiled and gaming console announcements have been made. So, what else is there to see?

Well, there may be a lot more to see. While past E3 events have been technology-driven, with Microsoft and Sony unveiling their newest gaming consoles, according to reports by various gaming blogs, this year's E3 will be all about the games.

This past year rocked the Xbox One gaming platform. With Sony's PlayStation PS4 reportedly selling more than 4.2 million in January, while Microsoft only sold 3 million units, Microsoft had to make some drastic changes. In May, the company announced that Xbox would begin selling without a Kinect -- hence the $100 price cut -- and began allowing access to entertainment apps like Netflix, Hulu Plus and YouTube without having to pay for a $60 Xbox Live Gold membership.

As noted by CNET, gamers often choose console for two reasons: to play with their friends or to play a specific, exclusive game. Microsoft may finally unveil some exclusive games -- namely "Halo 5: Guardians," which is scheduled to be out in the fall of 2015. There may even be some talk about the Steven Spielberg-produced "Halo" television show, which will debut in 2015 to coincide with the release of the game.

NASA's big ideas for the future of flight

Wolves return to California after nearly a century

By inviting gamers to watch the Playstation E3 Press Conference in movie theatres across the country, Sony appears to be prepping the world for a big announcement. Or the company could be doing a victory lap of sorts -- on April, Sony announced that it had sold 7 million Playstation 4 consoles globally.

Still, like Microsoft, Sony is expected to focus on games this year at E3. With Sony's PS4 having a good year, exclusive games might prime even more customers to buy the latest console. Exclusive games -- such as "The Order: 1886," "Rime" and "Uncharted 4" -- are expected to make an appearance, reports tech blog BGR.

Like Microsoft's Xbox, sales of Nintendo's latest gaming console, Wii U, have been disappointing. The company reported a $229 million loss for the fiscal year in May and sales were down 10 percent. Analysts have urged the company to start offering its games on smartphones, tablets and other devices.

According to the Verge, Nintendo will most likely talk about the next Super Smash Bros. for the Wii U. It may also decide talk about the NIntendo Figurine Platform -- a so-called "companion service" making use of the NFC reader in the Wii U GamePad. Similar to "Skylanders" and "Disney Infinity," the Verge reports also that the NFC-enabled figures may allow the player to carry them across different Nintendo games.