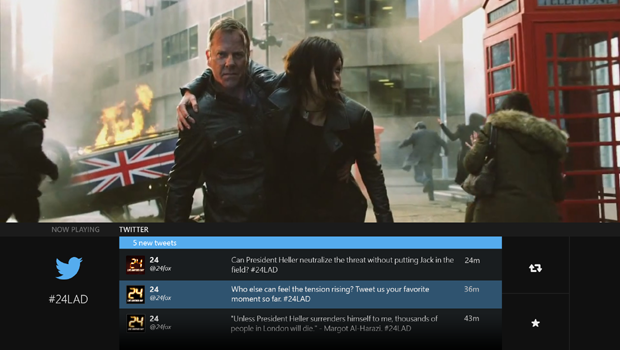 Xbox gamers are about to get a whole lot more use out of their consoles. Xbox announced on Wednesday that more than 45 new entertainment apps are coming to Xbox One and Xbox 360.

Ahead of the "Xbox: Game On" briefing next week at the Electronic Entertainment Expo -- or as it is known, E3, the annual video game conference and show -- the company announced that popular apps such as HBO GO, Showtime Anytime, Twitter and Vine would be coming to the console soon. With more than 180 apps available today, that will bring the total to more than 225 apps.

"Xbox fans are spending more time than ever on the console, spending more than five hours a day on Xbox One," Yusuf Mehdi, the corporate vice-president of Devices and Studios at Microsoft, said in a press release. "Today as we announce new commitments from dozens of our partners, including deep integration with experiences like Twitter and Vine, we hit an important milestone in our journey to deliver unique experiences on Xbox. We're thrilled to break new ground in social TV experiences like we're doing with Twitter on Xbox One."

The new Twitter integration will allow users with the Xbox One consoles to see tweets related to the television shows they're watching in real-time, along with what's trending. The company says this new feature will allow them to see what other viewers are saying without the need for another screen.

"It will now be easier to discover what shows are trending in real-time on Twitter, tune-in and follow the conversation right from within the Xbox One interface," Twitter's VP of Business Development and Platform, Jana Messerschmidt, said in the press release.

It is worth noting that since the release of its newest Xbox One console in November, Microsoft has been struggling with sales. In January, Sony announced that it had sold 4.2 million of its new PlayStation 4 units, while Microsoft only sold 3 million units. Price is said to have been a factor, as the Xbox costs $100 more than the PlayStation.

Last month, Microsoft announced that it would begin selling Xbox One without the Kinect sensor for $399, knocking off $100 off the price. It also began allowing access to entertainment apps like Netflix, Hulu Plus and YouTube without having to pay for an Xbox Live Gold membership, which costs $60 a year. The paid subscription would also not be needed for OneGuide, Internet Explorer and Skype, reported CNET.