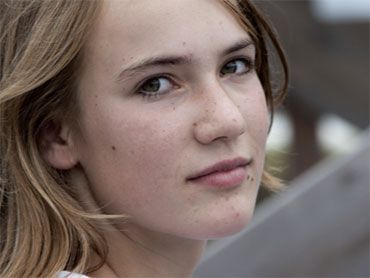 A 14-year-old Dutch sailor will be allowed to launch a risky attempt to become the youngest person to sail solo around the world, a court said Tuesday, clearing her for an adventure that could begin within two weeks.

Laura Dekker said she was thrilled to hear of the Middelburg's family court's decision to lift a guardianship order imposed on Dekker last year after she said she wanted to set sail when she was still just 13.

"I was so happy I almost jumped into the water," Dekker told reporters at the harbor where her yacht is moored alongside the boat where she lives with her father.

Presiding Judge S. Kuypers said the decision and responsibility for Laura now "lies with her parents."

"It is up to them to decide whether Laura can set off on her sail trip," he said.

Dekker's plan ignited a worldwide debate on how far parents should go in supporting or encouraging their children's improbable dreams. Both of Laura's parents, who are separated, now say they support her attempt, though her mother initially had come out against it.

Her father on Tuesday brushed off criticism that he was pushing Dekker to do the trip as "nonsense."

"It was Laura's plan from the very beginning," Dick Dekker said. "I just support her in it."

Dekker, speaking in both Dutch and English, told reporters she would set off within two weeks for her starting point in Portugal, where she would test her two-masted yacht before embarking on the voyage.

Wearing a pink striped shirt, white trousers and pink sneakers, she then hopped onto her boat and steered it around the harbor for camera crews.

The court had been ruling on a request from the Dutch government's umbrella childcare agency, the Council for Child Protection, to extend the guardianship order for another year to prevent Dekker from setting sail.

The agency has two weeks to appeal and will study the court's decision, spokesman Richard Bakker said.

In a surprising difference of opinion, the youth protection group looking after Dekker had disagreed with the Council and said she was ready to sail. The group had been monitoring her education and preparations for months.

Since making headlines last year by announcing her intention, Dekker has obtained a bigger boat and equipped it with modern navigation and safety equipment. She has studied everything from how to stitch her own wounds to how to cope with sleep deprivation and put out fires onboard her 11.5-meter (38-foot) twin-mast ketch.

Recently, she fitted the boat with new cushions and a new sail - both in her favorite color, red - and a sunshade.

Dekker and her supporters have plotted a nearly two-year route from port to port around the world - including an alternative path around Africa to avoid the pirate-infested Gulf of Aden if necessary.

Dekker, who had a small black skull-and-cross-bones flag fluttering from her rigging, said she was not too afraid of pirates.

"They don't attack yachts so much," she said. "If you are in a convoy you should be OK."

Despite the meticulous preparations, the Council for Child Protection said it remains concerned about her mental and physical development during such a long and lonely trip.

Sailing is in Dekker's blood.

She was born on a yacht in New Zealand waters while her parents were sailing around the world and holds New Zealand and Dutch passports.

If Dekker succeeds in her voyage, she would beat 16-year-old Australian Jessica Watson in becoming the youngest to sail solo around the world. Watson spent 210 days maneuvering her 34-foot (10-meter) yacht, Ella's Pink Lady, around the world, encountering raging storms and 40-foot (12-meter) waves along the way.

In June, however, 16-year-old Abby Sunderland of California had to be rescued from her solo trip after a rogue wave snapped her mast in the southern Indian Ocean.

Sunderland was rescued by a French fishing boat more than 2,000 miles (3,200 kilometers) west of Australia two days after the alarm was raised. Her parents faced fierce criticism for letting her attempt the trip and for the tens of thousands spent by emergency teams on her rescue. They faced no backlash a year earlier, however, when Abby's older brother, Zac, completed the same journey at age 17, briefly holding the record for circumnavigating the globe alone.

Dekker said she watched Abby Sunderland's dramatic rescue unfold, "but it didn't really bother me." Dekker said her boat was bigger and more stable than Sunderland's, and she was planning to take much longer for her voyage in an effort to catch the best weather.