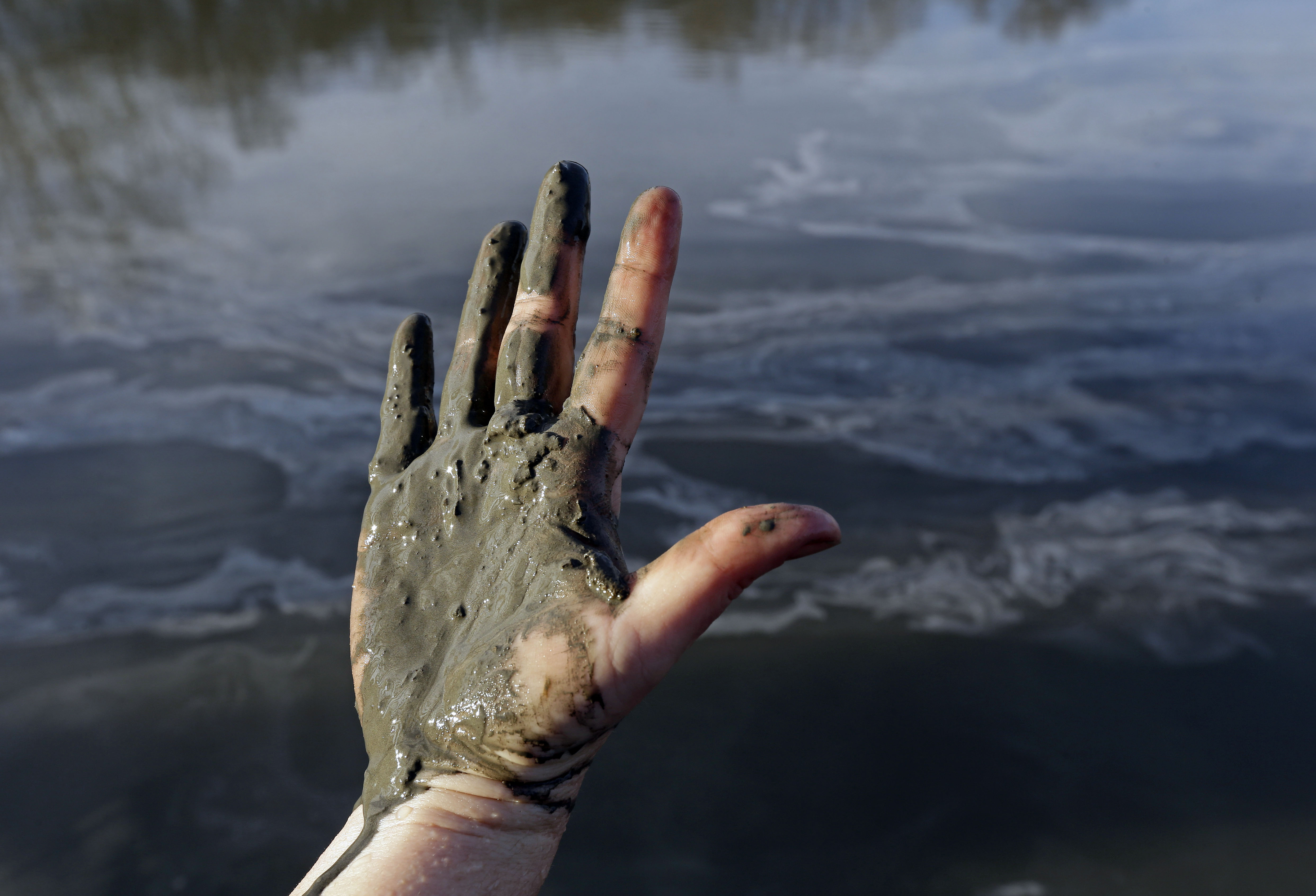 The pumping violated the terms of Duke's wastewater permit at its Cape Fear Plant, State Department of Environment and Natural Resources spokesman Jamie Kritzer said Thursday. Kritzer said the agency has issued Duke a formal notice of violation, which could result in hefty fines.

Regulators from the agency said the illegal pumping had been going on for months. It wasn't immediately clear if Duke's efforts to empty the pond were related to a crack in the earthen dam holding back the coal ash. Duke first disclosed the existence of the crack to regulators on Thursday.

Inspectors are trying to determine the cause of the crack, but the dike does not appear to be in imminent danger of collapse, said State Dam Safety Engineer Steve McEvoy.

Duke did not respond Thursday to requests for comment from The Associated Press.

A Feb. 2 pipe collapse at a similar Duke coal ash dump in Eden coated 70 miles of the Dan River with toxic sludge. Duke has nearly three dozen other ash pits spread out at 14 coal-fired power plants across the state.

Brian Williams, a conservationist with the Dan River Basin Association, took a CBS News crew 20 miles downstream of the coal ash spill at a retired plant in Eden, N.C.

"It was just giant, gray sludge pouring into the river," Williams said.

On Feb. 2, a pipe below a Duke Energy storage pond blew out, and 39,000 tons of ash and water gushed into the river. Wildlife officials estimate a layer of sludge that included chemicals known to cause cancer traveled 80 miles downriver.

"It's down here on the bottom and it's mixing with the sediment and it's constantly leeching out the toxins that are in the coal ash," said Williams.

The state is now testing water samples from the Cape Fear River for signs of hazardous chemicals. Coal ash contains arsenic, lead, mercury and other heavy metals highly toxic to humans and wildlife.

Several sizable cities and towns are downstream of the Duke plant, including Sanford, Dunn, Fayetteville and Wilmington. Kritzer said municipal officials in those communities have reported no problems with drinking water.

Duke's dumping was first spotted March 10 by the environmental group Waterkeeper Alliance, which took aerial photos of two large mobile pumps at the facility. The pumps appeared to be sucking water directly from a large coal ash dump into nearby woods and into a canal leading to the river.

State regulators went to the site the following day for what Kritzer said was a previously scheduled visit as part of planned inspections of all of Duke's coal ash dumps in the wake of the Dan River spill.

As is customary, Duke had been given advance notice of the inspection.

When the inspectors arrived, Duke had disabled the pumps the environmental group had photographed the prior day, Kritzer said.

Duke had notified state regulators by phone in August that the company was going to be performing "routine maintenance" that included using a temporary pumping system to lower water levels.

Though regulators had visited in the intervening months, no issue was raised until March 11. State Water Quality Director Tom Reeder says his staff discovered the illegal pumping before the Waterkeeper Alliance had released its photos.

"The state's investigation revealed that the pumping activities ongoing at this plant far exceeded what would reasonably be considered routine maintenance," Reeder said in an email.

But the agency, which is known within the state by the acronym DENR, gave no public indication it was investigating Duke until after the environmental groups went public with the photos last week, prompting widespread news media coverage.

"The incident shows the importance of citizen involvement," said Frank Holleman, senior attorney for the Southern Environmental Law Center. "Had the Waterkeeper Alliance not been inspecting that site, it's likely that no one would have known it was happening, or DENR would not have found it until later and even more contaminated water might have been pumped into the river."

It is the eighth notice of violation the state has issued against Duke in less than a month.

The first two, issued Feb. 28, were related to the Dan River spill. On March 3, regulators cited five Duke plants for lacking stormwater permits that are required to legally discharge rainwater draining from its property into a river or lake.

The agency conceded it had known Duke didn't have the required permits since at least 2010, but took no action until three days after The Associated Press filed a public records request for a copy of Duke's stormwater permit for the Dan River plant. There wasn't one.

A federal grand jury convened this week in Raleigh as part of a widening criminal investigation triggered by the Feb. 2 ash spill. Prosecutors have issued at least 23 grand jury subpoenas to Duke executives and state officials.

A coalition of environmental groups filed a motion in court Thursday to intervene in the state's enforcement actions against Duke for pollution problems at the company's Dan River ash dump. It is the latest effort by groups that say the state hasn't done enough to force Duke to clean up its pollution.

"Obviously the local community and conservationists can't count on DENR to do the right thing. And so we want to be there to be sure that DENR does do the right thing - that their feet and Duke's feet are held to the fire," Holleman said.