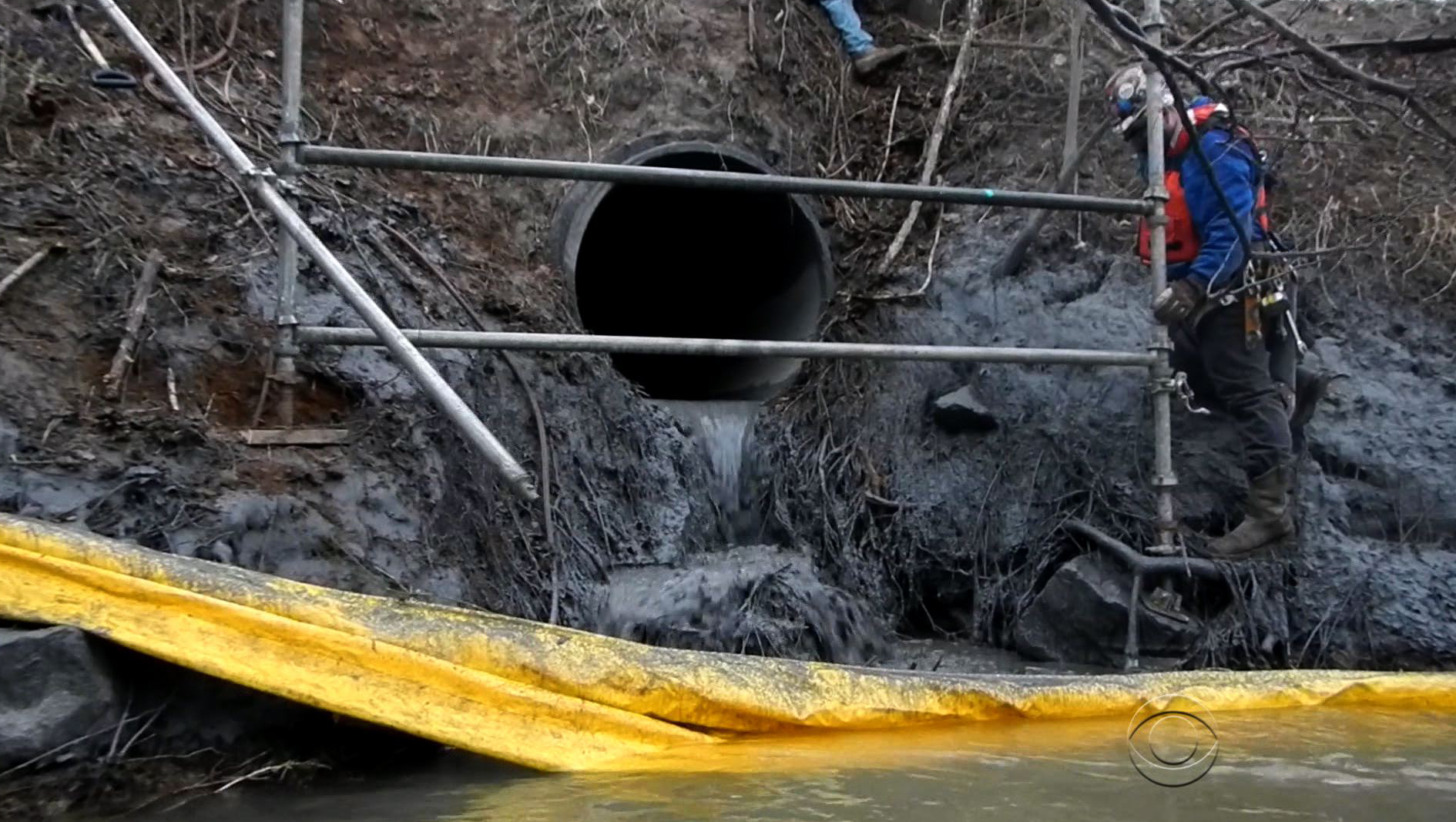 Coal ash is the sludge left over when coal is burned to make electricity, and there was a massive leak of its last month in the Dan River.

Brian Williams, a conservationist with the Dan River Basin Association, took a CBS News crew 20 miles downstream of the coal ash spill at a retired plant in Eden, N.C.

"It was just giant, gray sludge pouring into the river," Williams said.

On Feb. 2, a pipe below a Duke Energy storage pond blew out, and 39,000 tons of ash and water gushed into the river. Wildlife officials estimate a layer of sludge that included chemicals known to cause cancer traveled 80 miles downriver.

"It's down here on the bottom and it's mixing with the sediment and it's constantly leeching out the toxins that are in the coal ash," said Williams.

Duke Energy declined an on-camera interview, but said in a statement: "We will do the right thing for the river and surrounding communities. We are accountable. Drinking water has remained safe. The pipe has been permanently plugged. We take responsibility for this event."

Mike Powell farms 100 acres four miles downriver from the leak. His main concern is flooding, which often happens in the spring.

Powell worries about what the coal ash in the river could do to his tobacco and other crops.

If the river overflows its banks, how far would the water go?

"It would go all the way to the other side of the field here where you can see the tree line," Powell said.

CBS News took three samples of the river bottom to an independent lab. Test results found arsenic levels nine times higher than areas unaffected by the spill and double the level of selenium, a metal shown in studies to cause mutations in fish.

While the Environmental Protection Agency says so far there is no threat to drinking water, it warns people to avoid direct contact with the coal ash.

Williams says he would not let his three grandchildren play in the river.

"I would not let them play below the spill site right now in the water," he said. "Because it's too many unknowns."

The Dan River spill was the third worst such spill in U.S. history. Duke Energy has announced plans to fix or relocate all of its 33 coal ash basins in the state.