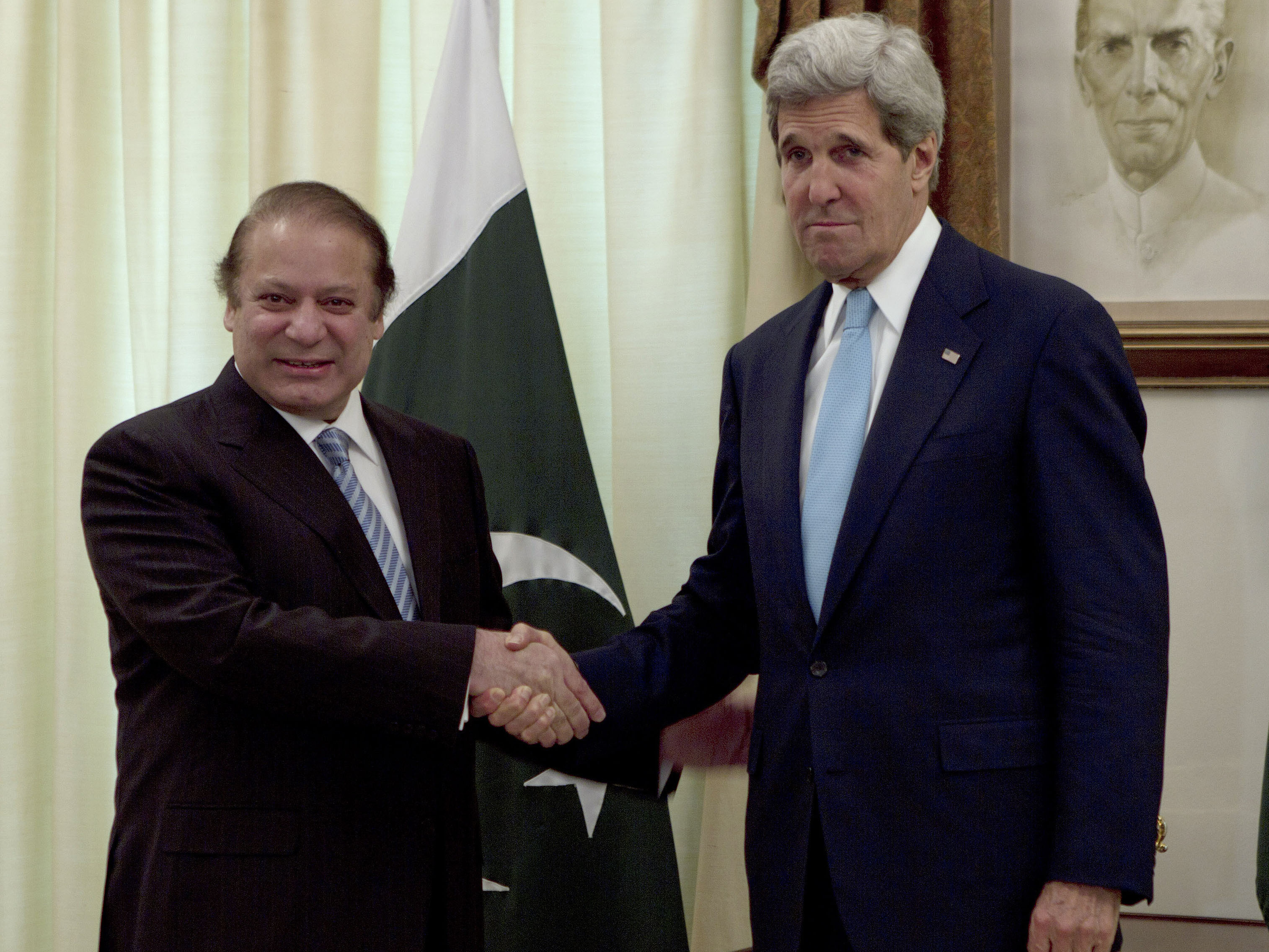 ISLAMABAD, Pakistan Secretary of State John Kerry met Thursday with the Pakistan's new prime minister, Nawaz Sharif, whose election marked the first peaceful transfer of power from one civilian government to another. The Obama administration is seeking to rebalance the tumultuous relationship with the nuclear-armed Pakistan in an effort to work together on counterterrorism, to start peace talks with the Taliban as the U.S. winds down its involvement in neighboring Afghanistan, and to coordinate on other issues of strategic interest.

A good portion of the press event centered on questions about the ongoing U.S. drone strikes, which Pakistan views as a violation of its sovereignty and illegal under its domestic law.

In an unusual defense, Kerry responded to the Pakistani concerns by pointing out the type of terror attacks carried out by al Qaeda on mosques and villages in the country are also violations of sovereignty.

Kerry avoided discussing the drone issue in detail. Instead he read a quotation from President Obama's May 23 speech delivered at National Defense University in Washington, D.C., in which he defined drone strikes as legal under U.S. law.

Aziz made clear that Pakistan wants all drone strikes to come to a full stop, not just to be reduced.

Kerry's visit is the first by an American secretary of state since 2011, a year in which the already frayed ties between the two nations came under tremendous strain following the killing of Osama bin Laden in Abbottabad by U.S. Special Forces. A number of other high profile incidents have made the relationship even more difficult, including the continued U.S. drone strikes.

Later Thursday Kerry will meet with Gen. Ashfaq Parvez Kayani, the head of the armed forces, which historically is the decision-making body.