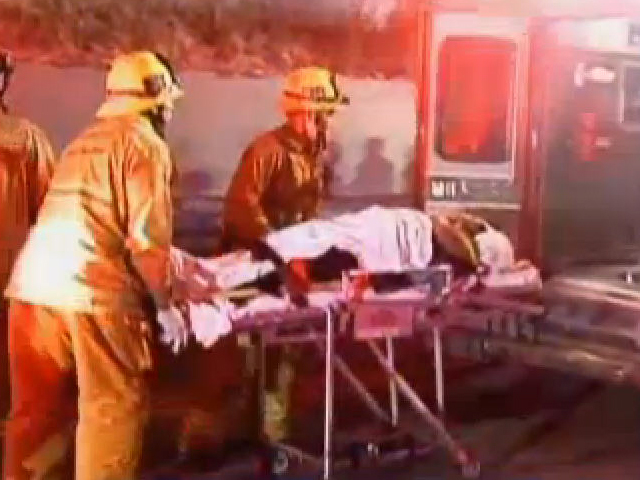 LOS ANGELES - A suspected drunken driver plowed into a group of bicyclists on a midnight ride Thursday in Los Angeles, injuring 11, one critically, police said.

(At left, watch a report on this story from CBS News station KCBS-TV in Los Angeles.)

The riders were in a group of about 100 cyclists that were struck by a white Honda Civic shortly before 2 a.m. about 8 miles south of downtown.

The crash injured 11 riders, including one person who was hospitalized in critical condition but is expected to survive, said Officer Jacquelyn Abad.

Christine Elizabeth Dahab, 27, was arrested and booked for driving under the influence, the Los Angeles Police Department told CBS News station KCBS-TV. She is being held on $15,000 bail.

Some bicyclists told KTTV Fox 11 that the woman driving the car appeared to be using a cell phone before the crash. They said she slowed down, then sped up and slammed into the group, sending some riders flying into the air and dragging at least one under her car.

"All I just said was watch out," witness Alex Zamora told KCBS-TV. "I saw everybody get dragged. Everybody got dragged like a bowling ball."

The bikers belonged to "Midnight Ridazz," a Koreatown bicycling group that gets together for weekly midnight rides.