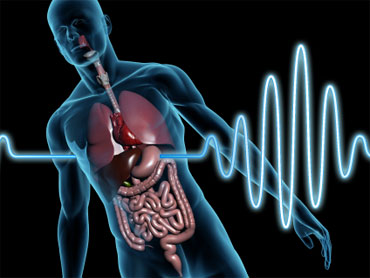 Berkland, 57, was charged with of improper storage of hazardous waste, keeping a public nuisance and driving with a suspended license. He was released on $10,000 bail.

Crudely preserved brains, hearts, lungs and other organs and specimens were discovered in more than 100 containers last month in a Pensacola storage unit that Berkland rented for about three years. The unit was auctioned off after Berkland defaulted on his payments, according to an arrest affidavit.

Ten cardboard boxes stacked in a corner of the unit contained "numerous individual containers with ... human remains stored in a liquid substance," according to the affidavit.

Berkland declared the contents to be household goods, furniture, boxes, sporting goods and landscaping equipment. A man who bought the unit's contents discovered the human organs after becoming overpowered by a strange smell while sifting through the items, authorities said.

Authorities said the organs were stored in a liquid solution containing formaldehyde and methyl alcohol.

"The remains included tissue samples and dissected organs. (Investigators) also advised that there were numerous whole organs, including hearts, brains, a liver and a lung," according to the affidavit.

Berkland worked at the District 1 Medical Examiner's Office in Pensacola from 1997. He was fired in 2003 for not completing autopsy reports. Berkland's license to serve as a medical examiner in Florida was also withdrawn.

Before arriving Florida, Berkland was fired as a contract medical examiner in 1996 in Jackson County, Missouri, in a dispute over his caseload and autopsy reports. His doctor's license was ultimately revoked there.

The Penasacola's medical examiner's office said the organs found in the storage unit appear to have come from private autopsies Berkland performed between 1997 and 2007 at funeral homes in the Florida Panhandle and in Tallahassee.

Jeff Martin, director of the medical examiner's office, said about 10 families have been notified that their relatives' remains were in the unit.

Biden says "hate will not prevail" after meeting with victims' families in Buffalo
Thanks for reading CBS NEWS.
Create your free account or log in
for more features.
View CBS News In
CBS News App Open
Chrome Safari Continue
Be the first to know
Get browser notifications for breaking news, live events, and exclusive reporting.