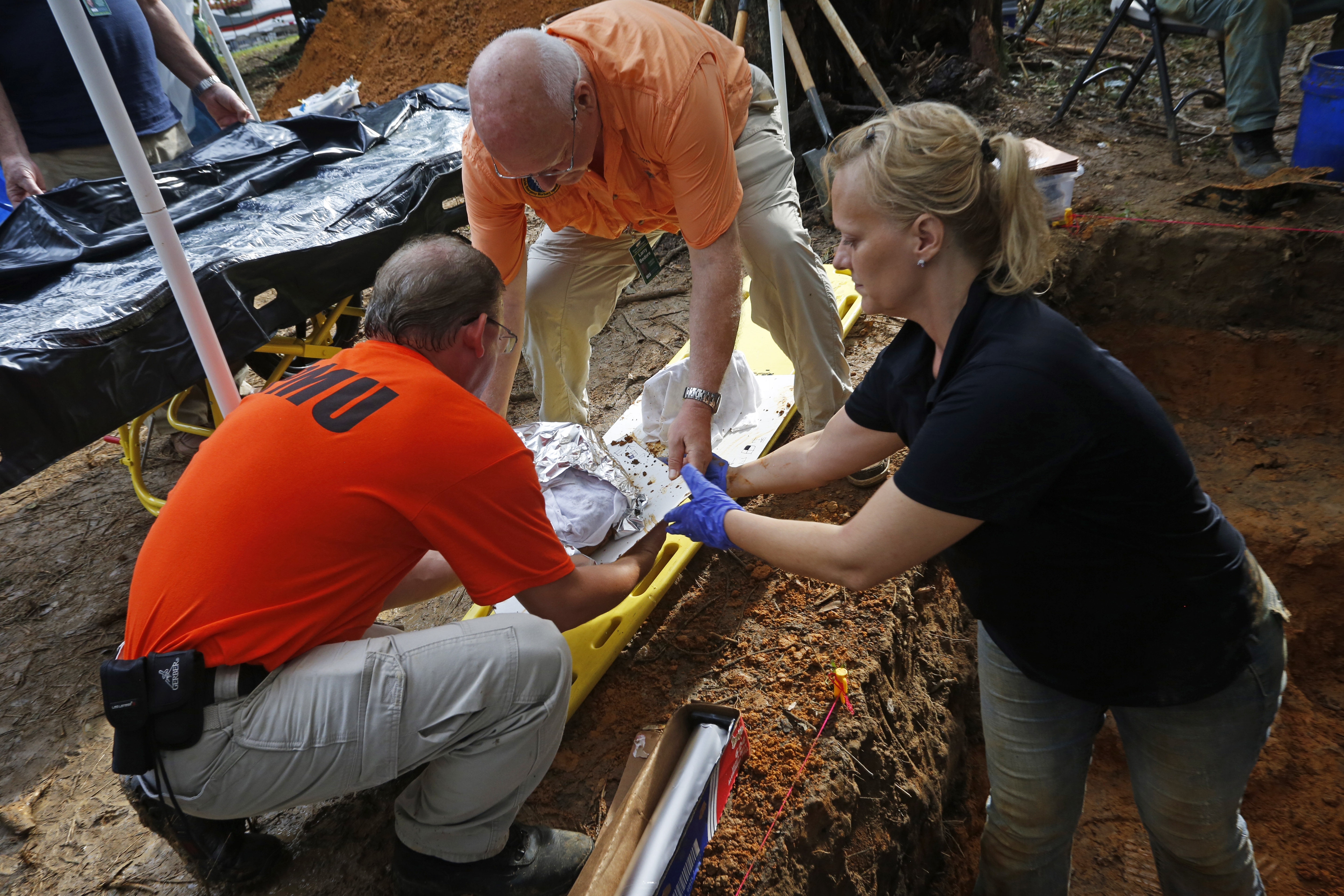 TAMPA, Fla. -- A boy buried in an unmarked grave at a reform school with a history of unsanitary and decrepit conditions was the first of 55 sets of remains found there to be positively identified, researchers said Thursday.

Researchers from the University of South Florida said they used DNA and other tests to identify the remains of George Owen Smith, who was 14 when he disappeared in 1940 from the now-closed school. They couldn't say how he died.

Official records indicated 31 burials at the Arthur G. Dozier School for Boys, but researchers found the remains of 55 people during a four-month excavation last year. All 55 bodies uncovered appeared to be children, a USF spokeswoman told CBS News' Crimesider at the time.

Researchers said Owen's body was found in a hastily-buried grave wrapped only in a burial shroud. His DNA matched a sample taken from his sister.

"We may never know the full circumstances of what happened to Owen or why his case was handled the way it was," Erin Kimmerle, the lead researcher and an associate anthropology professor, said in a news release. "But we do know that he now will be buried under his own name and beside family members who longed for answers."

University officials said Owen's mother wrote the school's superintendent, Millard Davidson, in December 1940 asking about her son. She got a letter back saying no one knew where he was.

In January 1941, his family was told he was found dead after escaping from the school, the university said. The family traveled to Marianna to claim his body, but they were led to an unmarked grave.

His sister Ovell Krell said her mother never accepted that her son was dead and spent the last decades of her life waiting for him to return home. Krell told CBS News correspondent Vicente Arenas that her brother was sent to Dozier after he wrecked a stolen car - and he disappeared soon after.

She added: "After 73 years, I was about to give up. And it was like a miracle. It is a miracle really."

A press conference was held Thursday to give further details.

According to state records, 96 boys died while incarcerated at the school. Opened at the turn of the 20th century in Marianna, west of Tallahassee, the juvenile detention center became notorious for allegations of abuse and brutality against the boys who were housed there and has been the subject of repeated state and federal investigations.

Some former students from the 1950s and 1960s have accused employees and guards at the Panhandle school of physical and sexual abuse, but the Florida Department of Law Enforcement concluded after an investigation that it couldn't substantiate or dispute the claims. Many former Dozier inmates from that era call themselves "The White House Boys" after the white building where they say the worst abuse took place.

Researchers began last September excavating the graveyard at the school, which closed in 2011 for budgetary reasons. The dig finished in December.

The school opened in 1900 and housed over 500 boys at its peak in the 1960s, most of them for minor offenses such as truancy or running away from home.

In 1968, when corporal punishment was outlawed at state-run institutions, then-Gov. Claude Kirk visited and found the institution in disrepair with leaky ceilings, holes in walls, cramped sleeping quarters, no heating for the winters and buckets used as toilets.

"If one of your kids were kept in such circumstances," he said then, "you'd be up there with rifles."

All the bodies found were interred in coffins either made at the school or bought from manufacturers, university officials have said. Some were found under roads or overgrown trees, well away from the white, metal crosses marking the 31 officially recorded graves.

Officials have said that it's unclear if there are other graves elsewhere on the school site. The team excavated about five acres of the property's 1,400 acres.