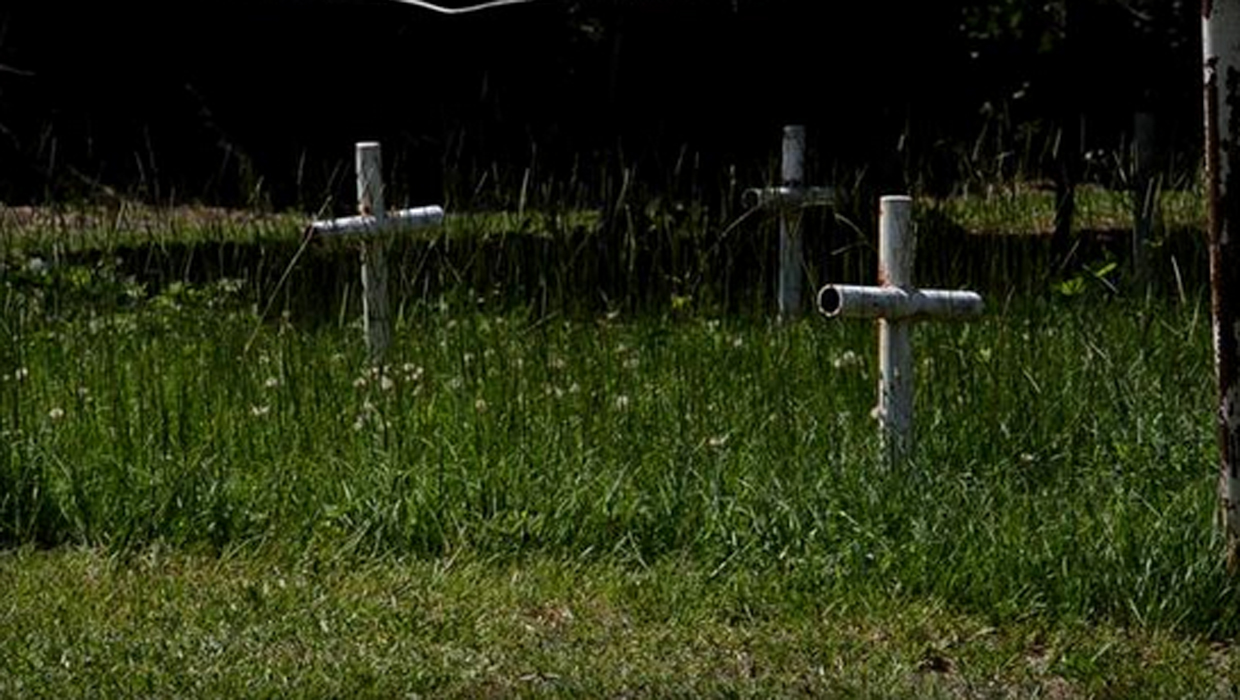 Tampa, Fla. - An excavation has uncovered the remains of 55 people, apparently children, in a graveyard at the former Arthur G. Dozier School for Boys in Florida—five more than researchers expected to exhume and 24 more than officials records indicate should be there, researchers announced Tuesday.

According to state records, 96 boys died while incarcerated at the Dozier School for Boys, formerly known as the Florida State Reform School and the Florida Industrial School for Boys. Opened at the turn of the twentieth century in Marianna, west of Tallahassee, the juvenile detention center became notorious for allegations of abuse and brutality against the boys who were housed there and has been the subject of repeated state and federal investigations.

In August of 2013, Florida officials voted to begin exhumations of the bodies at the now-shuttered school, and researchers from the University of South Florida located and excavated the bodies from September through December.

Now, a team of nearly 50 researchers from nine agencies are now working to identify those remains and determine causes of death, according to a USF press release.

For the families of boys who died mysteriously at the school and whose bodies were never found, the announcement could bring them closer to answers they have long sought.

“This project has always been about fulfilling a fundamental human right for families who, like all of us, have a right to know what happened to their loved ones and are entitled to bury their relatives in a manner in which they deem proper,” said Erin Kimmerle, USF associate professor and project leader, during a press conference.

Through the university, Kimmerle and her team were granted a permit to conduct archaeological research at the site in 2011. Using technology including ground penetrating radar, the team found grave shafts of at least 50 unmarked burial sites. Five more bodies were uncovered during the excavation process.

Scientists hope to identify the remains using scientific techniques including DNA matching, according to the press release. Eleven surviving families of former Dozier students have been located and the Hillsborough County Sherriff’s Office is in the process of collecting DNA samples from them.

However, researchers are still in search of 42 families from which to collect DNA, according to the statement. They’ve released a list of those families online, and anyone with more information is urged to call Hillsborough County Sheriff’s Master Detective Greg Thomas at (813) 247-8678.

Researchers uncovered bones, teeth, and numerous artifacts in all of the 55 burials, according to the press statement. They will develop a “summary report” for each body, including information gleaned from skeletal and dental remains, artifacts, and burial context.

Bone and tooth samples will be submitted for DNA testing, according to the statement.

Fieldwork is set to resume at the shuttered school in coming months, according to the statement, and researchers will continue to search for unmarked burials using specially-trained K-9 teams and ground penetrating radar.