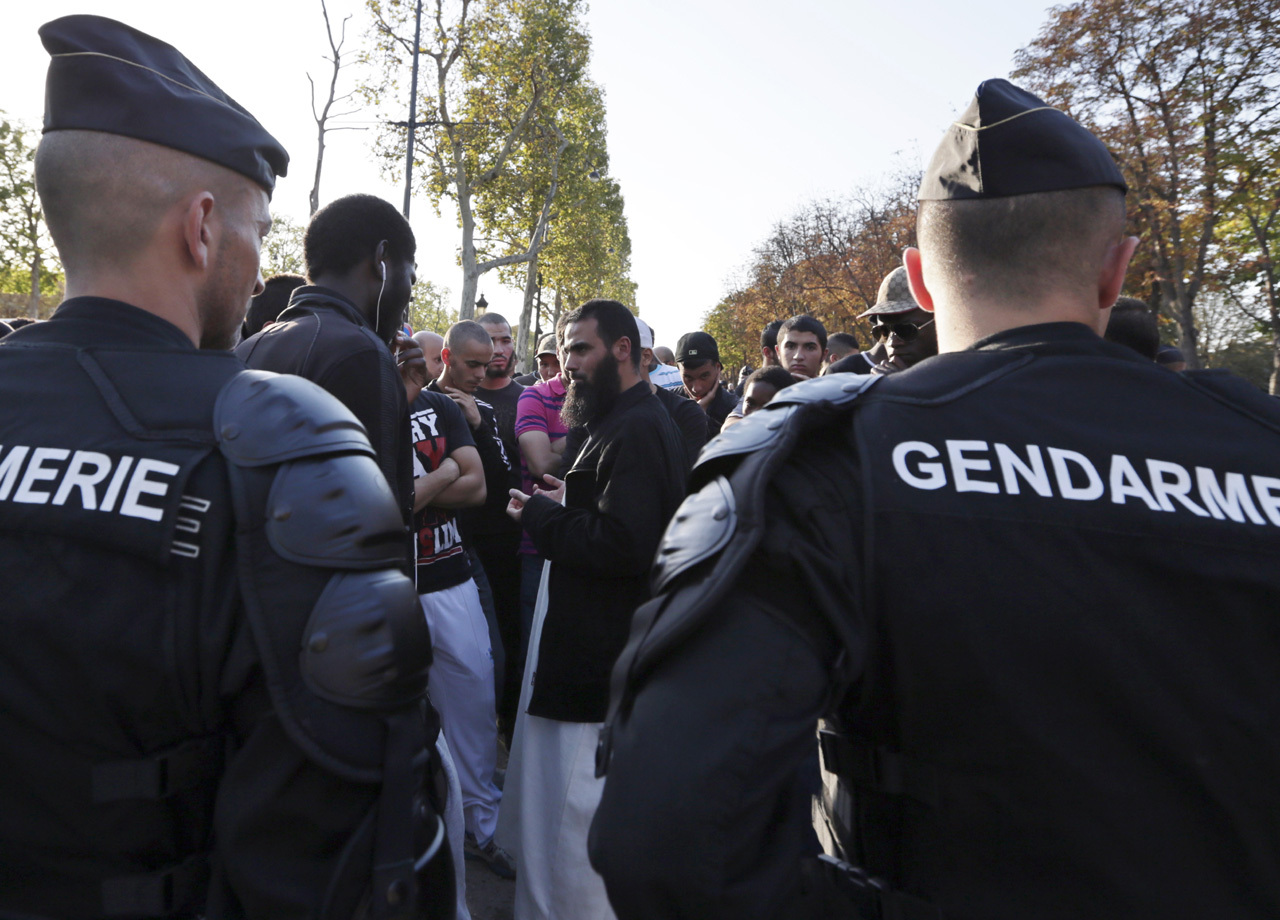 (AP) PARIS - A French police official said a few dozen people protested in front of the U.S. Embassy in Paris before police broke up the demonstration.

Television images showed Muslim protesters praying on the wide sidewalks in front of the embassy.

Saturday's protest was part of a wave of demonstrations by Muslims outside U.S. diplomatic posts, some of which have turned violent, over a film produced in the U.S. denigrating the Prophet Muhammad.

The official, who spoke on condition of anonymity because he wasn't authorized to give his name because of police rules, said the protest wasn't registered.

At least 80 protesters were taken away for identity checks. He said they have no plans to hold the demonstrators.