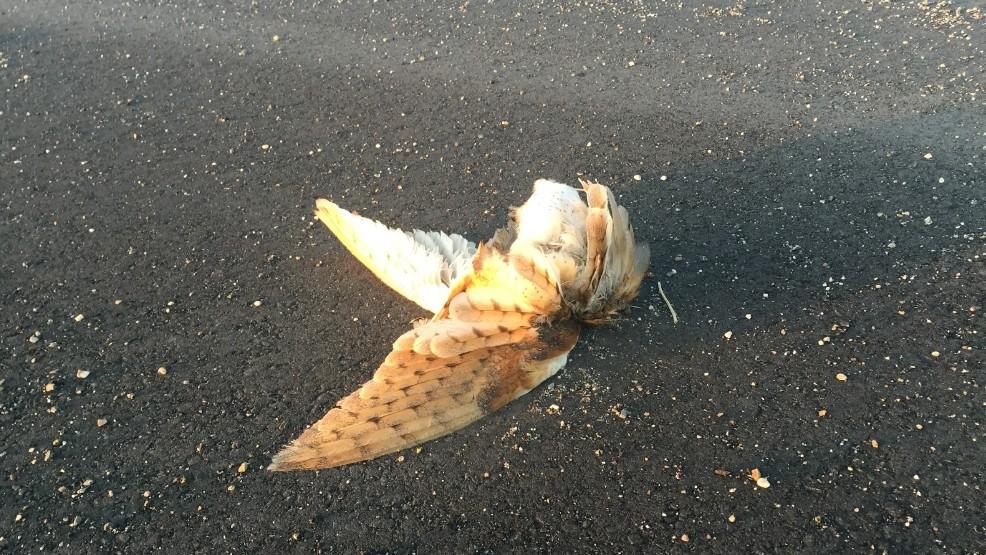 An unusual type of road kill is alarming drivers on a highway in southern Idaho.

Dozens of dead owls have been reported along Interstate-84, reports CBS affiliate KBOI-TV.

Over the weekend, Nichole Miller and Christina White were driving home to Boise from Twin Falls when they spotted the dead birds on the highway.

“I saw a bird on the side of the road -- I thought it was a chicken,” Miller told the station. “But then we saw more (road kill) and I saw the stripes on the feathers and it was not a chicken.”

It was an owl – one of dozens the pair counted along a 20-mile stretch of the interstate.

“It almost looks like they fell from the sky,” Miller said.

So what’s behind the eerie sightings?

Idaho Fish and Game spokesman Mike Keckler says the explanation is simple. He told KBOI that hungry owls are becoming victims of road kill when they hunt for mice along the highway.