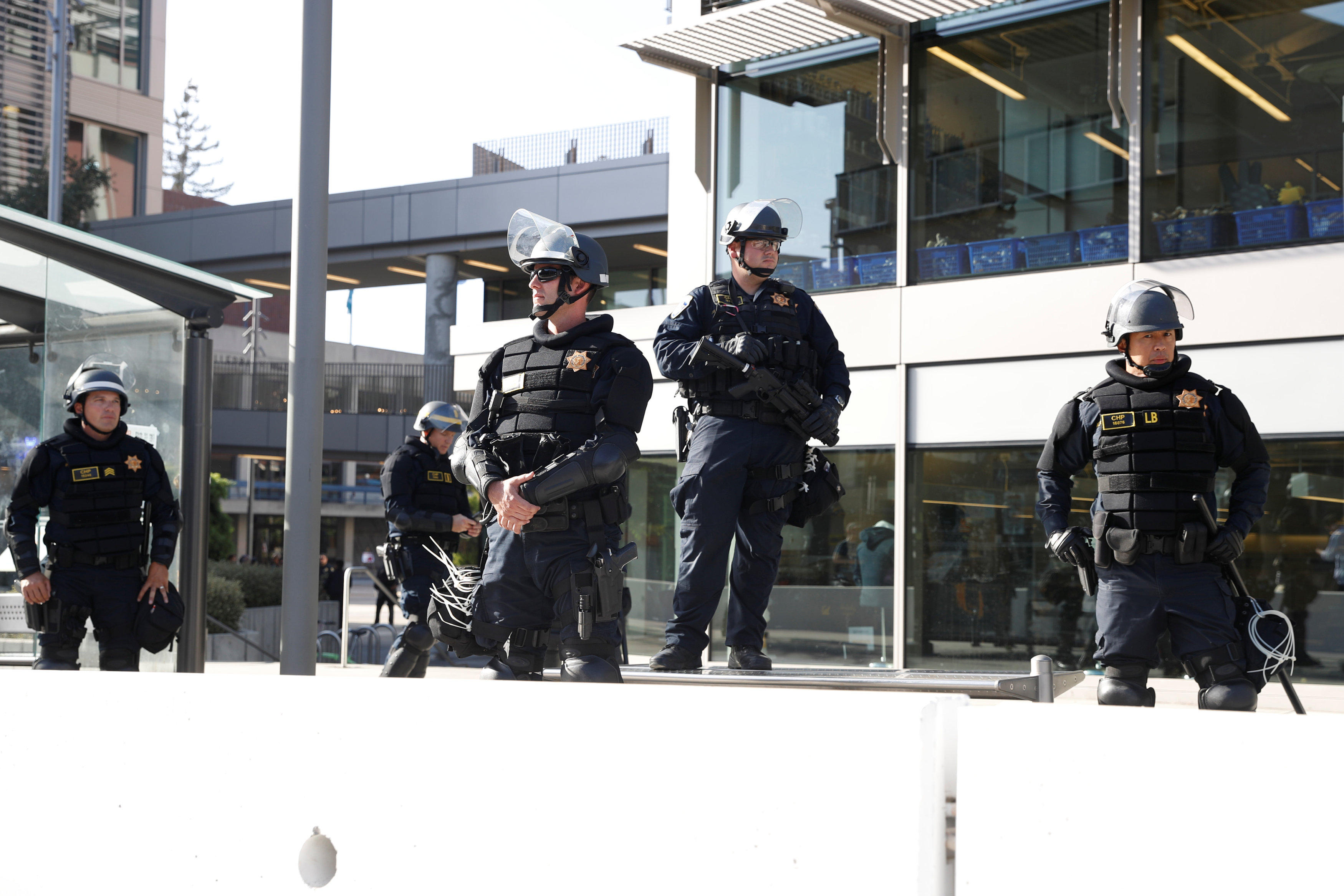 BERKELY, Calif. -- Dozens of people lined up Thursday to hear a speech at the University of California, Berkeley that has prompted massive security as officials fear violent demonstrations.

Police with riot gear surrounded the plaza in front of Zellerbach Hall, where the former Breitbart editor Ben Shapiro is set to speak later Thursday.

UC police on the Berkeley campus have arrested at least three protesters, CBS San Francisco reports.  Berkeley police confirmed that three people had been arrested for having banned weapons within the designated zone around the campus.

Otherwise, the group that was protesting the appearance by the conservative commentator had remained peaceful as of early Thursday evening. A loudspeaker was for set up speakers to voice their views as the growing crowd of several hundred protesters waved signs.

Eighteen-year-old high school senior Nick Handley says he tried to get others to come to Berkeley with him from Modesto, about 90 miles east of San Francisco.

But he says they were scared about the potential violence outside the speech by Shapiro dubbed Campus Thuggery.

Handley says the heavy police presence is sad, particularly since taxpayer money is being spent. Shapiro was invited by the campus Republicans.

Shapiro's appearence came after previous failed efforts to host conservative speakers Milo Yiannopoulos and Ann Coulter led to protests that drew national attention to the university known as the birthplace of the free-speech movement.

In February, right-wing provocateur Yiannopoulos' scheduled campus appearance was called off at the last minute when rioting broke out outside the hall where he was to speak. Protesters smashed windows on campus and set fires outside the student union.

Campus Republicans tried again to host a conservative speaker in April by inviting Coulter to the Berkeley campus, but the event never took place.