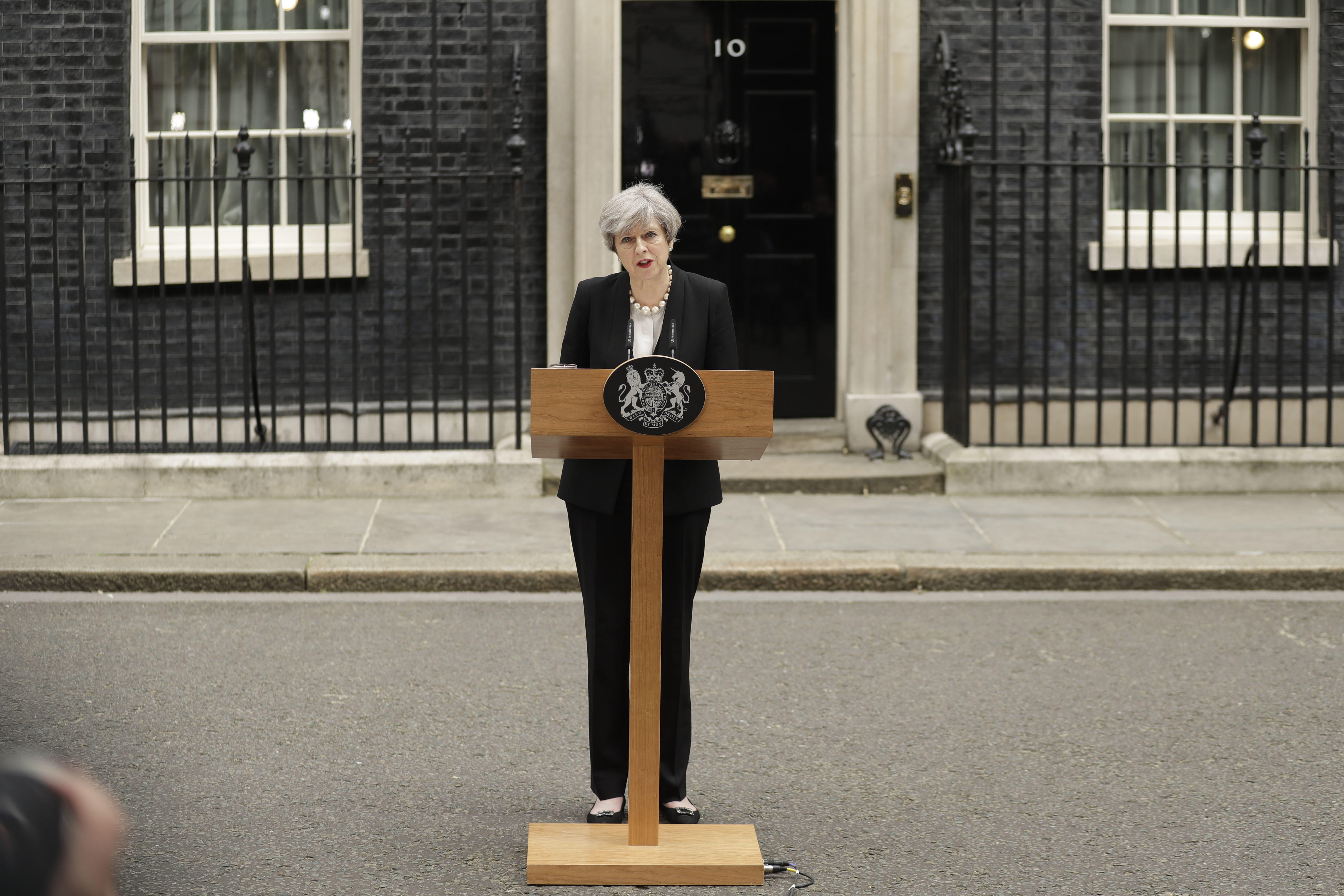 LONDON -- British media reported Wednesday that two men were due in court on terror charges accusing them of plotting to assassinate Prime Minister Theresa May.

The plan reportedly involved first detonating a bomb at the security gates outside Downing Street, where the prime minister's office is, before going on to launch a stabbing attack on May.

The prime minister's spokesman declined to discuss the details of the alleged plot, but several newspapers have reported that two young men arrested in London and Birmingham last week were making preparations to kill May.

Police would only say that two men had been charged with planning terror attacks and that they were to appear at Westminster Magistrates' Court on Wednesday.

CBS News partner network BBC News reported that the younger suspect, Naa'imur Zakariyah Rahman, 20, from London, is accused of planning to bomb Downing Street security gates and then attack May with a knife.

The other man, whom the BBC identified as Mohammed Aqib Imran, 21, of Birmingham, is charged with the preparation of terrorist acts. Both men were arrested on November 28, according to the BBC.

On Tuesday, a government review said it was "conceivable" that the deadly attack on an Ariana Grande concert in Manchester in May could have been prevented if intelligence was handled better. That attack left 22 people dead.

The head of MI5, Britain's flagship domestic intelligence agency, told Mrs. May on Tuesday that about nine Islamic extremist terror plots had been foiled since March.