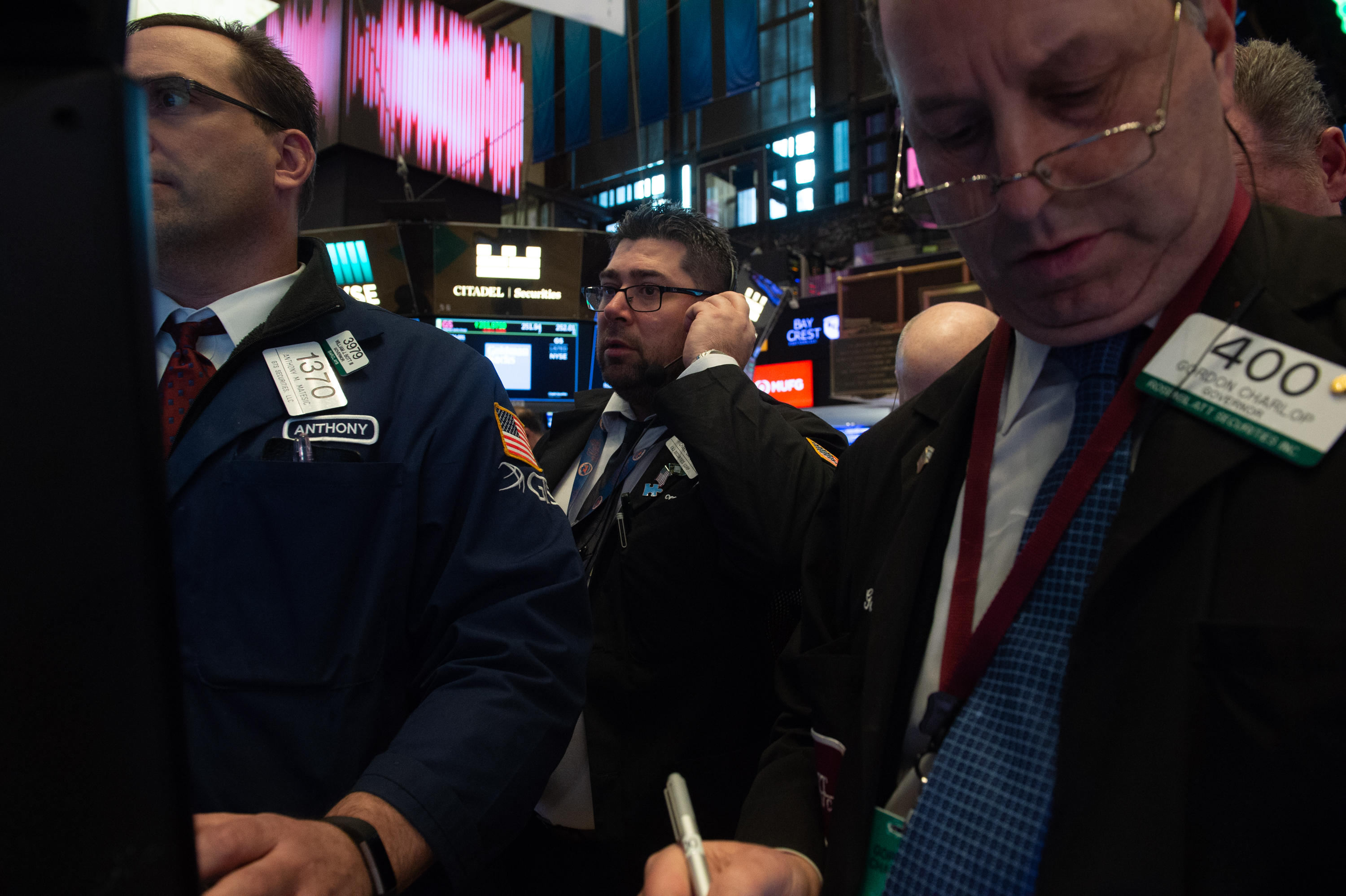 Caterpillar (CAT) had a strong first quarter, but company executives told analysts on a conference call in the late morning that the company doesn't expect to report a larger per-share profit for the rest of the year. It jumped in early trading but later fell 6.2 percent.

Bond prices were little changed after an early dip. The yield on the 10-year Treasury note stayed at 2.98 percent, matching Monday's close. Earlier it peaked at 3 percent for the first time since January 2014. Low interest rates have played an important role in the economic recovery of the last decade by making it cheap for people and companies to borrow money.

The yield on the 10-year note is a benchmark for many kinds of interest rates including mortgages, and it's been climbing because investors expect greater economic growth and faster inflation.