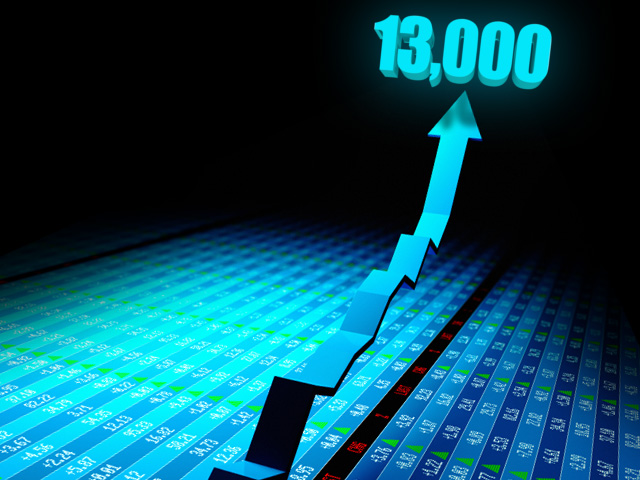 For a second day, the U.S. stock market powered higher on optimism generated by pledges from European leaders, including German chancellor Merkel, to preserve the union of the 17 countries that use the euro.

There were plenty of troubling signs for anyone looking for them: U.S. economic growth was anemic in the second quarter, and Facebook and Starbucks fell heavily after reporting disappointing quarterly results. But on this day, investors chose to focus on the positive.

Merkel and French president Francois Hollande released a joint statement saying they were "determined to do everything to protect the eurozone." Their remarks followed a similar pledge the day before from Mario Draghi, the president of the European Central Bank.

Their statements are important because some investors fear that disaster would ensue if the countries that use the euro were split apart.

And for any plan to keep the euro countries together, Germany's participation is crucial because it usually foots the bill for bailing out the weaker countries.

That's why Merkel's statement Friday was important. But it was also short on details, and it also made clear that individual countries aren't off the hook but "must comply with their obligations" namely, the spending cuts that Germany has advocated and weaker countries like Greece have resisted.

Even so, the Dow's foray above 13,000 showed that investors were indeed feeling good. The last time the Dow closed above 13,000 was May 7, before worries about the European debt crisis re-exploded and erased much of the market's first-quarter gains. It also flitted above 13,000 since the end of February, but before that hadn't crossed the marker since May 2008, four months before the financial crisis imploded.

Bond trading also reflected increased optimism among investors. The yield on the benchmark 10-year Treasury note jumped to 1.53 percent from 1.44 percent late Thursday. That means investors are shedding low-risk assets like U.S. government bonds and putting their money to work in other places, like the stock market.

In other positive signs, the euro rose against the dollar, stock indexes moved higher in Europe including a 4 percent leap in Spain's benchmark index and borrowing costs fell for Italy and Spain.

Despite the improved picture for Europe, there was little to like in the latest U.S. government report on economic growth. The U.S. economy grew just 1.5 percent in the second quarter, a paltry number that isn't enough to bring down the unemployment rate, and nervous consumers pulled back on spending.