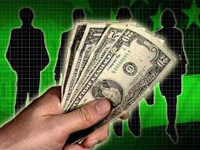 (MoneyWatch) It looks like Bill Gross was right. Today's news that the U.S. economy grew at just 1.5 percent over the past three months adds to the evidence that global growth is in a painfully weak expansion, barely faster than stall speed, as Gross, an investor and widely followed prognosticator, has been predicting since the housing crash.

Just as the recession was ending in the spring of 2009, I went to a speech in which Gross, chief investment officer of Pimco and manager of the world's largest bond fund, argued that the recovery would be a slog, a prolonged period of slow growth and weak investment returns that he called the "new normal." He reasoned that in the aftermath of the crash, government spending would fall, consumers would pay off debt rather than buy new stuff, and the financial sector would be less of an engine of growth.

While not all of Gross's predictions have panned out, the particulars of today's report feel a lot like the new normal. Personal consumption was down, largely because of a steep drop in auto sales and parts. The lack of new cars rolling off the lot subtracted 0.08 percent from GDP in the second quarter, after adding 0.85 percent in the first quarter. That jibes with news today that consumer sentiment had fallen for the second month in a row, according to the Reuters/University of Michigan survey, and is particularly troubling given that consumers drive 70 percent of the economy.

Another drag on GDP flies in the face of public perception: Government spending has grown quite slowly since 2009, and in fact government spending decreased 0.4 percent in the second quarter, reducing growth. (Here's a chart from The Economist that shows government hiring during the first terms of the last 5 presidents.) Economic theory calls for deficit spending to help rescue economies from recession and then for the private sector to take over once it's healthy enough to grow on its own. But for that approach to be sustainable, the government has to run surpluses during the good times. Except for a brief period during the tech boom, that hasn't been the case in recent decades.

Today's report included the positive news that housing investment increased nearly 10 percent -- half the rate of the first quarter, but a big improvement compared with recent years. In a normal recovery, roughly one in five dollars of growth comes from the real estate sector. But thanks to the massive overbuilding of housing in the bubble, and the resulting oversupply of empty and foreclosed properties, there was no work for nail-bangers this time around. Housing actually subtracted from growth as we emerged from the recession. More than 2 million construction jobs were lost between 2006 and 2011, and only a tiny percentage of those have returned.

The big-picture trends are not encouraging. Halfway through corporate earnings season, profits have been decent, but revenues have been disappointing. That suggests companies have found ways to trim costs (for instance, by not hiring), but that demand is weak. And compared with other economies, the U.S. actually looks healthy. Much of Europe -- America's largest trade partner -- is in recession, and the negative effects are already showing up on corporate balance sheets. The Chinese juggernaut has started to slow as well, and even Energizer Bunnies of the global economy, emerging markets such as Brazil, have stalled.

In the hall of mirrors that is Wall Street, stocks rallied on the weak GDP report, and passed 13,000 for the first time in months. Traders may believe that the slowing economy will prompt the Federal Reserve to take more action to spur growth -- and my colleague Mark Thoma agrees. It's unclear how much the Federal Reserve can help, however, since interest rates are already at historic lows. Businesses, which are sitting on huge piles of cash, are not likely to borrow and spend just because rates tick down slightly, and many homeowners are unable to refinance because their mortgages are underwater.

As we are in an election year, politicians will do rhetorical battle over the latest economic news, but I'll give the last word to Gross, whose 2009 outlook still holds true: "We are reaping the consequences of that long period of overconsumption and undersavings encouraged by the belief that lower and lower taxes would cure all."