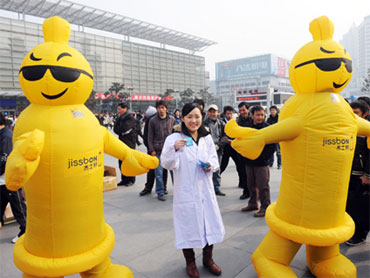 More than a dozen rockets fired from donkey carts slammed into Iraq's Oil Ministry and two downtown hotels on Friday morning, brazen coordinated strikes at some of Baghdad's most heavily protected civilian sites despite a U.S. crackdown.

Two other rocket launchers mounted on donkey carts were found within hours - one about 30 yards from the Italian Embassy and another near the Academy of Fine Arts, both in the Waziriya neighborhood north of downtown. Iraqi police and U.S. troops were seen securing those weapons, which apparently had not been fired.

One man was carried away bleeding from the Palestine Hotel, where many foreign journalists and U.S. workers are staying. There were no reports of other casualties at the Palestine or the Sheraton Hotel across the street.

"We've had numerous incidents where they use these low tech tactics and sometimes we stop them and sometimes they get through," Brig. Gen. Mark Kimmitt, U.S. deputy chief of operations in Iraq, told the CBS News Early Show.

Kimmit said the identity and organization of the attackers was unknown, but he suspected a "network of former regime loyalists, people who have everything to lose by a free and democratic Iraq."