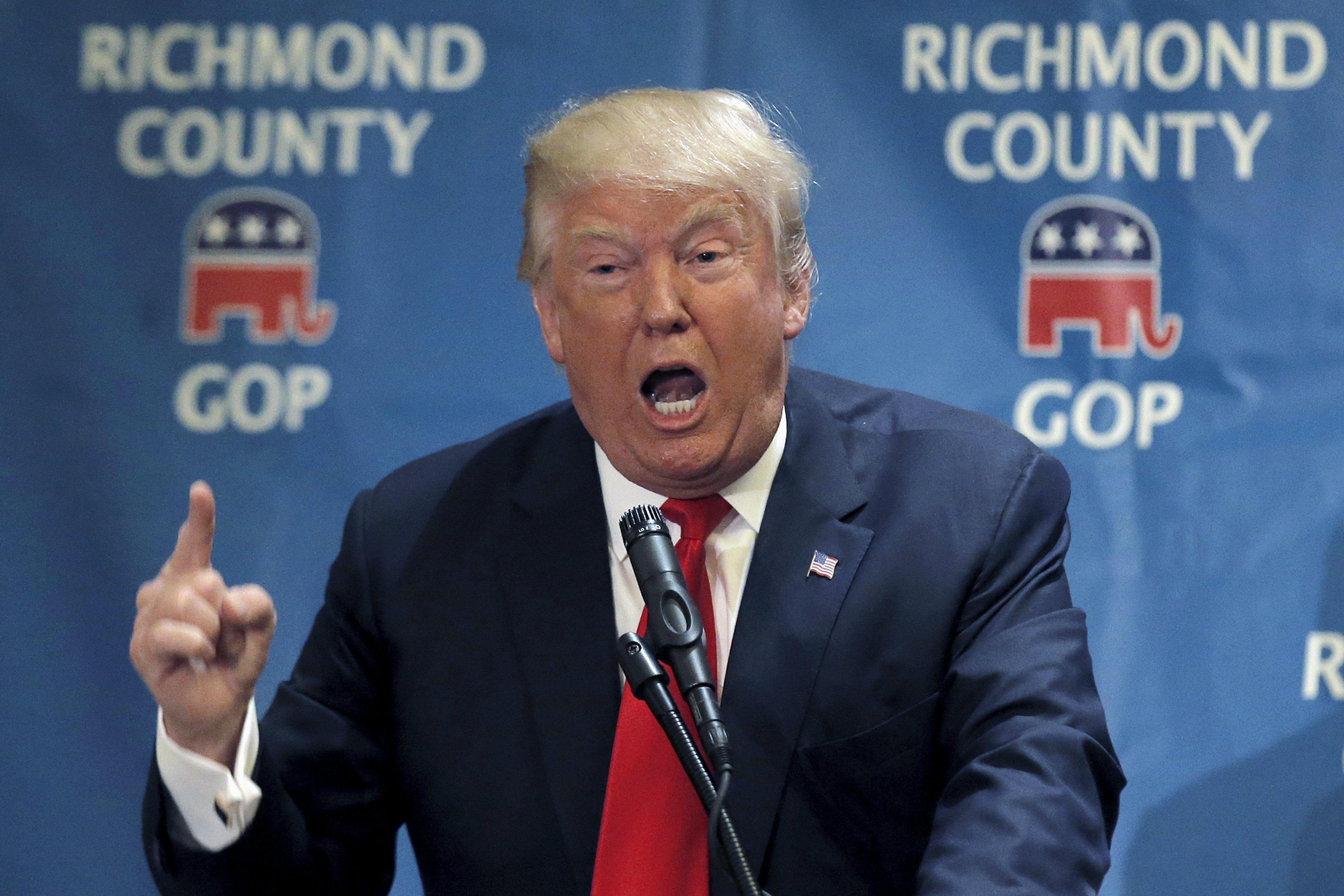 As presidential candidates scramble for votes in New York ahead of the state's Tuesday primary, GOP front-runner Donald Trump was given a hero's welcome on Staten Island, greeted Sunday by a boisterous crowd and an endorsement from a police veterans group.

"We love Staten Island. We love New York," Trump said at a press conference Sunday morning, flanked by members of the New York Veteran Police Association, which had recently endorsed him for the GOP nomination. "This is just an amazing place."

The island, most recently infamous as the site of Eric Garner's death by police chokehold, is a ferry ride away from the Trump empire's home base in Manhattan. And as a stalwart bastion of Republicanism in deeply blue New York City, it's no wonder Trump was raucously hailed, fist-pumped, and applauded there during the county's GOP brunch Sunday afternoon.

There was only one negative interruption during Trump's 20-minute speech at the GOP Lincoln Day brunch, which typically nets just 350 attendees but this year overflowed with about a thousand people, according to the Associated Press. One of the only black men in the room stood up and yelled for Trump to get out of Staten Island before he was promptly escorted out.

While Trump's appearances were light on policy issues, the business mogul did deliver heavy-handed insults about his opponents. Notably, his mentions of "Crooked Hillary," his latest nickname for Democratic front-runner and Secretary of State Hillary Clinton, drew loud approval from the brunch attendees.

When asked about what the billionaire meant when he predicted the GOP would have a "rough" convention in July, Trump told the audience at his press conference: "I hope it doesn't involve violence and I'm not suggesting that." But, he reiterated, it's a "rigged" and "crooked" system of buying delegates that he claims he simply doesn't want to be a part of.

"Look, nobody has better toys than I do," Trump said. "I can put them in the best planes, and bring them to the best resorts anywhere in the world... but that's a corrupt system. You're basically buying these people."

In the latest CBS News Battleground Tracker poll of New York, Trump dominates by more than 30 points over his closest rival, Ted Cruz. Trump has 54 percent of support from likely New York Republican voters, while Cruz has 21 percent and Ohio Gov. John Kasich has 19 percent.

New Yorkers will cast their votes on April 19.