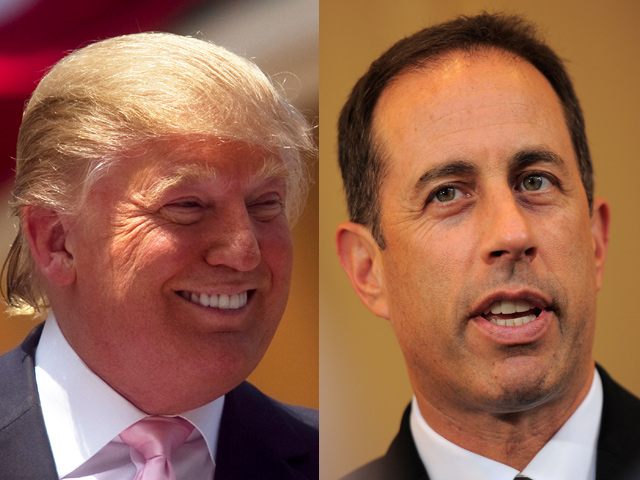 (CBS) Just in time for the weekend, there's a new Donald Trump feud. This time it's Trump vs. Jerry Seinfeld. (Our money's on Seinfeld.)

Here's what happened. According to the NY Post, Seinfeld was supposed to appear at a benefit for the St. Jude Children's Research Hospital hosted by the Eric Trump Foundation on Sept. 13. Seinfeld pulled out of the event because he disagrees with Donald Trump's views on President Barack Obama's citizenship.

And then Trump to lashed out. The Post quotes a letter from Trump to Seinfeld, in which Trumps rants, "I just learned you canceled a show for my son's charity, because of the fact that I am being very aggressive with respect to President Obama, who is doing an absolutely terrible job as our leader."

Trump writes that he didn't care that Seinfeld broke his commitment, but that the children of St. Jude's would be disappointed.

Then this, according to the Post: "What I do feel badly about is that I agreed to do, and did, your failed show, 'The Marriage Ref,' even though I thought it was absolutely terrible...Despite its poor ratings, I didn't cancel on you like you canceled on my son and St. Jude. I only wish I did."

A Seinfeld representative said the comedian had agreed to the appearance at the benefit in January before Trump said he may run for president. The birther talk has made Seinfeld uncomfortable but  he  will make a donation to the Eric Trump Foundation and to St. Jude Children's Research Hospital.