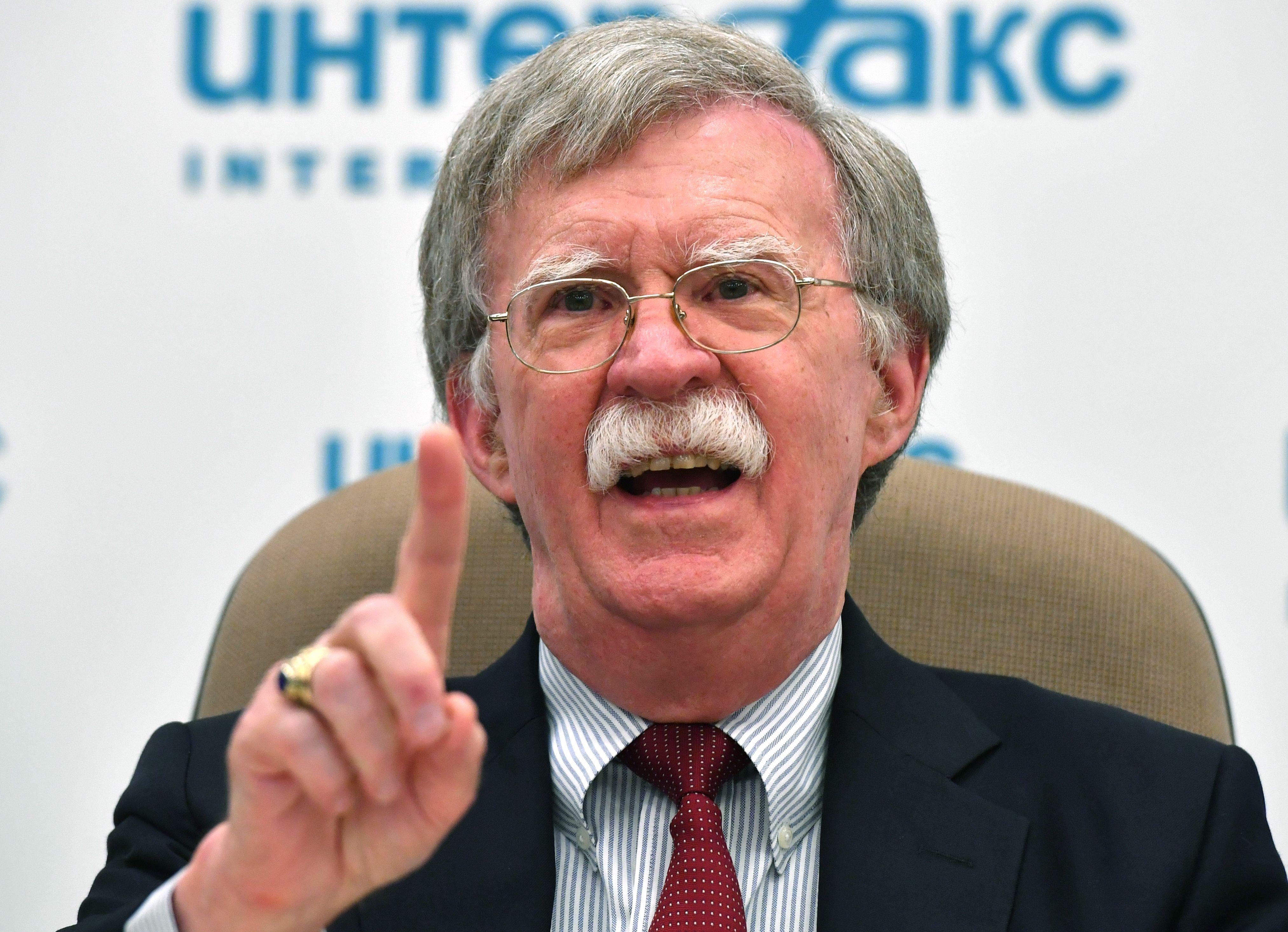 MOSCOW -- White House national security advisor John Bolton on Monday began two days of meetings with senior Russian officials following President Trump's weekend announcement of the U.S. withdrawal from a Cold War-era nuclear weapons treaty. The Moscow visit by Bolton was planned before the Saturday announcement by Mr. Trump that the U.S. was ditching the three-decade-old Intermediate-Range Nuclear Forces Treaty, known as the INF, a move Moscow has already denounced as "dangerous."

The treaty banning intermediate-range nuclear and conventional missiles was signed in 1987 by then U.S. president Ronald Reagan and Mikhail Gorbachev, the last Soviet leader, who on Sunday said that "dropping these agreements... shows a lack of wisdom" and was a "mistake".

Bolton was also to speak about the treaty with President Vladimir Putin, likely on Tuesday, according to Putin's spokesman Dmitry Peskov, who said the Russian leader was looking for "clarifications" about U.S. intentions.

Republican Senate Foreign Relations chairman Bob Corker said he hoped Mr. Trump wouldn't follow through on his vow to pull the U.S. out of the treaty, and warned that doing so could unwind other disarmament agreements.

He left open the possibility that Mr. Trump's remarks were just a threat, saying Sunday on CNN: "Maybe this is just a move to say, look ... if you don't straighten up we're moving out of this... And I hope that's the case."

However, as CBS News correspondent Errorl Barnet reports, fellow Republican Lindsey Graham said it was "absolutely the right move," and Britain's defense chief offered his support for the decision saying the U.K. was "absolutely resolute" in its backing of the U.S. decision.

Not all of America's European allies were so eager to back the change, however.

Peskov told journalists Monday that ditching the treaty "will make the world more dangerous" and rejected U.S. claims Moscow has violated the pact, instead accusing Washington of doing so.

"It is the United States that is eroding the foundations and main elements of this pact" with its missile defense capabilities and drones, he said.

But Mr. Trump on Saturday claimed Russia had long violated the treaty.

"Russia has violated the agreement. They've been violating it for many years," he said.

"And we're not going to let them violate a nuclear agreement and go out and do weapons (while) we're not allowed to."

The row comes ahead of what is expected to be a second summit between Mr. Trump and Putin this year.

The Trump administration has complained of Moscow's deployment of Novator 9M729 missiles near the eastern frontier of Europe -- a move many NATO allies viewed as a threat, especially in the wake of Russia's unilateral annexation of Crimea from Ukraine. Washington says the missiles fall under the treaty's ban on rockets that can travel distances of between 310 and 3,400.

The Obama administration pressured Moscow to withdraw the missiles and respect the INF treaty, but won little concession from Russia.

The latest rift could have "the most lamentable consequences", political analyst Alexei Arbatov told Interfax news agency, dragging Russia into a "new cycle of the arms race".

For many years, Washington has been "deliberately and step by step destroying the basis for the agreement," said the unnamed official quoted by state news agencies.

The official accused the United States of backing out of international agreements that put it on an equal footing with other countries because it wanted to protect American "exceptionalism".

Bolton himself is pressuring President Trump to leave the INF and has blocked talks to extend the New Start treaty on strategic missiles set to expire in 2021, according to Britain's The Guardian newspaper.

The U.S. plan to withdraw from the INF is also targeting China. As a non-signatory, Beijing can develop intermediate-range nuclear weapons without constraints.

U.S.-Russia ties are under deep strain over accusations Moscow meddled in the 2016 U.S. presidential election. The two countries are also at odds over Russian support for the Syrian government in the country's civil war, and the conflict in Ukraine.

On Friday, the US Justice Department indicted the finance chief of Russia's leading internet troll farm for allegedly interfering with US congressional elections to be held in November.

Russia accused the United States of fabricating the charges.

While no new summit between Mr. Trump and Putin has yet been announced, one is expected in the near future.

The two leaders will be in Paris on November 11 to attend commemorations marking 100 years since the end of World War I.