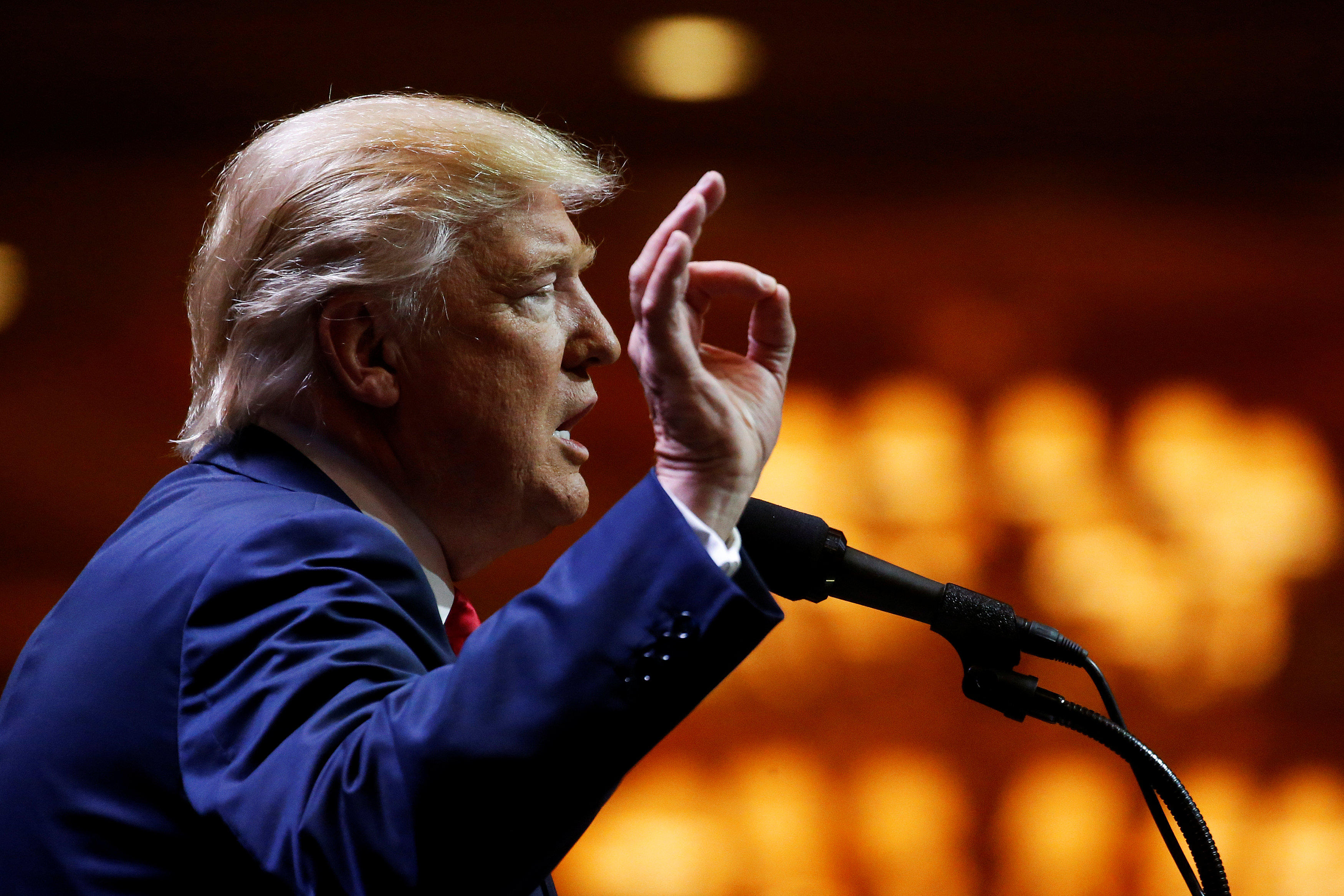 Following news that the FBI was reviving its investigation into Hillary Clinton’s private email server, Donald Trump gave a triumphant shout out Sunday to Anthony Weiner, the scandal-ridden ex-congressman whose unrelated probe by the FBI uncovered a trove of emails that could be related to the Clinton case.

Trump began a rally in Las Vegas, Nevada by crowing about the latest revelations and blasting Clinton for what the GOP nominee describes as the “bleaching” of thousands of emails from her time as secretary of state.

The GOP presidential nominee was referring to the thousands of emails the FBI discovered in its investigation of Weiner, under scrutiny since September after sending sexually explicit texts to a minor. Trump briefly mentioned Huma Abedin as well, Weiner’s estranged wife and a close Clinton aide who had worked with the former secretary of state during her tenure as the nation’s top diplomat.

In a letter to Congress late last week, however, FBI Director James Comey said the agency was still in the process of determining whether the emails found on Weiner’s laptop were even related -- let alone “significant” -- to the Clinton server probe.

But in the final sprint to Election Day, Trump continued to harp on Clinton for the issue.

“Hillary has nobody but herself to blame for her mounting legal problems. Her criminal action was willful, deliberate, intentional and purposeful,” he told a raucous crowd. “Hillary set up an illegal server for the obvious purpose of shielding her criminal conduct from public disclosure and exposure. She set up this illegal server knowing full well that her actions put our national security at risk and put the safety and security of your children at risk.”

Following news that representatives for Attorney General Loretta Lynch advised Comey against notifying Congress over the latest developments, Trump went on to accuse Clinton of bribing the Department of Justice and its head.

“What they probably really talked about was the Attorney General’s reappointment should Hillary Clinton become president, which I don’t think is gonna happen,” Trump said, referencing a chance meeting between Lynch and former President Bill Clinton just days before the FBI recommended no charges to be filed against Clinton. “Because of this highly inappropriate meeting at best, the attorney general took herself essentially out of the case and put Director Comey in charge of making decisions.”

“Effectively, I guess you’d call that a bribe,” Trump said. “Wouldn’t you – wouldn’t it -- called bribe. How can she say?  They’re gonna make a decision on her and you’re talking about – you’re going to reappoint? She said it publicly, I believe.”

On this count, however, Trump is wrong. Clinton has never weighed in publicly on who would be a member of her cabinet.